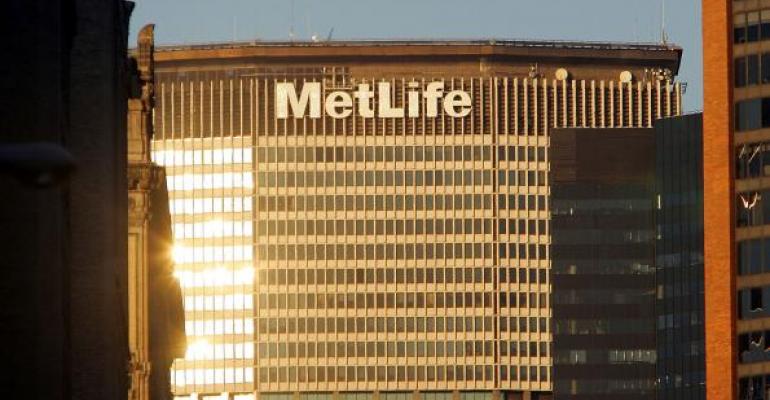 (Bloomberg) -- Are shareholders bad for business?

More and more, the answer in the U.S. life insurance industry is turning out to be a resounding “yes.”

Since 2008, publicly traded insurers have seen their share of the $4 trillion market shrink vis-à-vis mutual companies, according to data compiled by Bloomberg Intelligence. The trend has been particularly stark in North America, where mutual insurers -- those owned by policyholders -- earned a record percentage of life-insurance premiums, industry data show.

In an age when shareholders come first and short-term profits are paramount, publicly traded companies like MetLife Inc. and Prudential Financial Inc. are finding it harder to compete. As rock-bottom interest rates squeeze industry margins, pressure to keep delivering returns year after year has left many with lower credit ratings and higher capital costs. That means they have to earn more from the policies they sell than mutual companies like Northwestern Mutual Life Insurance Co. and Massachusetts Mutual Life Insurance Co., which can effectively offer rebates in the form of policyholder dividends without having to worry about shareholders.

It’s the kind of situation that led MetLife to say in January that it plans to stop selling life insurance directly to Americans after more than 140 years. The insurer concluded it isn’t generating enough cash to justify the cost to shareholders.

A public company feels the pressure to “extract as much dividends as they can and when they can, return them to shareholders,” said Robert Haines, an analyst at CreditSights Inc. “With a mutual, you don’t have any of that stuff.”

MetLife declined to comment. Prudential spokesman Scot Hoffman said in an e-mail its “life businesses have continued to grow, providing competitive products and attractive returns” and enabled it to “return significant amounts of capital to our shareholders, while maintaining a strong financial position.”

The current state of affairs is drawing renewed attention to the age-old debate over the rise of “short-termism” -- and whether too much of corporate America is sacrificing long-term success and viability to meet the demands of shareholder activists and the never-ending quarterly earnings cycle.

Though financially sound, the persistent shareholder calls to boost returns have been a handicap to growth, according to Haines. From 2008 to 2014, publicly traded insurers increased their life assets an average of just 1.9 percent a year, the latest available data compiled by Bloomberg show.

At MetLife, the largest seller of life insurance in the U.S. by premiums, assets actually shrank about 0.8 percent annually.

Free from the distractions of investors agitating for breakups, bigger payouts or share buybacks, policyholder-owned firms have been able to grow more than three times as fast, increasing by an average 6.6 percent a year.

In North America, that has enabled mutuals to lift their share of the life insurance market to a record high of 31.5 percent, based on premiums, data from the International Cooperative and Mutual Insurance Federation show.

“Stock companies have to split their returns between the people who own their products and their shareholders,” Schlifske said in an interview.

And shareholder pressure can end up putting an insurer’s creditworthiness at risk. After American International Group Inc. announced a plan in January to return $25 billion to shareholders over two years, following criticism from activist investor Carl Icahn to break up the firm, S&P Global Ratings cut its outlook on the insurer’s credit rating to negative from stable.

“AIG’s management is spending a lot of time trying to fend off its activist investors,” Haines said. “A mutual company, they’re not doing any of that.”

Financial strength is a key selling point when clients compare policies that need to be in force for decades, said Joe Biondolillo, a Staten Island-based financial adviser.

New York Life Insurance Co. and Northwestern Mutual are rated Aaa by Moody’s Investors Service, while MetLife is graded six levels lower at A3 and Prudential is even lower at Baa1.

“We show our clients the financial strength of the top insurance companies so they’re comfortable who they’re buying their policies with,” Biondolillo said. “And the top of the list for financially strong, consistently meeting their commitments and obligations to policyholders, are the mutual insurance companies.”

Publicly traded insurers pay the price in the bond market, where their cost of funding tends to be higher as well. When MetLife issued $750 million of five-year notes in late 2015, investors demanded 0.83 percentage point in extra yield to buy them instead of comparable U.S. Treasuries.

That’s more than the premium that MassMutual paid to sell $ 750 million of similar-maturity debt this year.

To be sure, many insurers are retreating from the life business precisely because they need to shore up finances and some are looking to jettison their less-profitable divisions.

And often times, that happens to be the U.S. individual life business as they push into higher-margin insurance markets like Latin America or Japan. Having to be accountable to shareholders just helps to speed up that process, according to Genworth Financial Inc. CEO Tom McInerney.

In February, Genworth suspended sales of traditional life policies. The insurer said it had a tough time attracting customers after it was cut to junk, which stemmed from stinging losses on long-term care coverage that caused its stock market value to tumble almost 80 percent. Since shifting away from life insurance, its shares have surged 67 percent.

Stock companies “tend to be more efficient because there’s a lot more outside pressure on them not to have expenses higher than what is absolutely necessary,” McInerney said in an interview.

In January, MetLife said it will separate much of its U.S. retail business, and focus on operations such as workplace benefits and property-casualty coverage as well as growth internationally.

Share prices suggest investors still see plenty of room for improvement. Life and health insurers in the S&P 500 Index have slumped 6.8 percent in the past year, exceeding the drop for financial firms. MetLife investors have been among the biggest losers, with its shares sinking 14 percent.

Life insurers trade at a discount to shareholder equity, while financials in the S&P 500 are valued at a premium of 1.3, data compiled by Bloomberg show.

Nevertheless, some worry that the focus on immediate results could hamper the ability of management to make sound long-term decisions.

“In a market where quarter-by-quarter fluctuations receive tremendous attention, how can they really have the 20-year view when there is such short-term pressures?” said Jonathan Adams, an analyst at Bloomberg Intelligence. “At a minimum, it’s a distraction, and at worst, it causes you to make decisions that you perhaps shouldn’t make.”