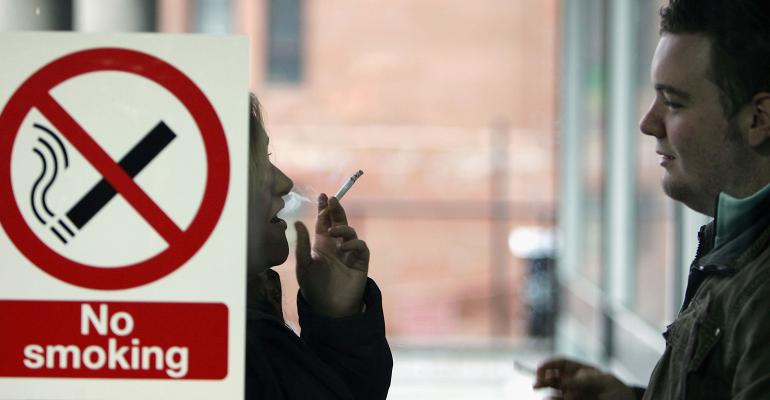 Kicking the habit can save clients a bundle.

I recently wrote about improving return in a life insurance policy through better underwriting. No sooner had I done so than two cases came across my desk regarding the same issue that illustrated just how dramatically meaningful this can be.

A few years ago, I helped a neighbor with life insurance on himself and his wife. His wife’s policy was a straightforward $1 million 10-year term. She was healthy but a smoker, so she got preferred smoker status. The premium was $3,000.

In another instance, a 90-year-old man has $50 million of universal life insurance coverage that’s failing miserably for a variety of reasons, including a lack of premium resources. I was brought in for consulting to attempt salvaging the coverage. During the process, I discovered he had stopped smoking 15 years earlier, but the agent either didn’t know or never did anything about it.

Just imagine how much could have been saved had this been taken into account all those years ago. I have no doubt there would have been a seven-figure savings in mortality costs and the tens of millions of coverage wouldn’t be on death’s doorstep at this point. The available premium would’ve assuredly been suitable to hold this coverage in force indefinitely. Millions will be squandered due to inattention and lost opportunity.

Talking about nicotine, the introduction of e-cigarettes and vaping might be helping some people wean themselves off of cigarettes but with most insurance companies these people are still smokers as are the younger people who are initially getting hooked on nicotine through vaping and e-cigs. However, there are nonsmoker options available if you know where to look. This could also be a great incentive to get a tobacco smoker to transition to e-cigs if insurance premiums can be cut dramatically.

As noted before, sometimes the important things to focus on with the largest returns aren’t what you’d expect. The little things can make a big difference.