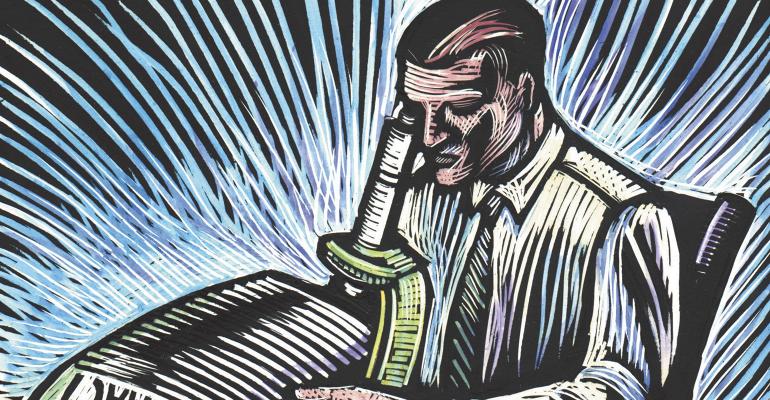 Pay attention to where it counts.

It’s interesting to see where people put effort and concern and where they don’t.

Parents might go to extreme lengths to keep a child safe and healthy by purchasing the best-reviewed products and most-healthy food and participating in developmental activities. However, without even thinking about it, they’ll then put that kid in a car to run to the store, and that’s the most endangering thing a parent could do to a kid, according to the Centers for Disease Control and the World Health Organization. But do any of us use that as a reason to not visit grandma?

No. We use modern car seats and seat belts and review crash test data and hopefully don’t text and drive. We do what’s needed to improve the chances of a positive outcome. In reality, we’re simply not lending credence to those things we’re very comfortable with and that don’t make us stop and think. Sometimes worse, we make decisions based on unsubstantiated rationale. After all, we’re victims of emotion at times. The same emotion that makes us go to some ridiculous length to prevent something from happening that, in all likelihood, is never going to happen is the same emotion that may drive someone to buy a tiny, gas-efficient car to save the planet when the full-size SUV is going to protect your kid far better.

Focusing Where it Matters

It’s the same thing with life insurance and underwriting. Where’s all the focus? The order of process is often inverted from what it actually should be.  Quality of carrier is important. Competitiveness of premium is nice. Relationship with agent is helpful. But in too few situations is underwriting the leading and driving factor. I’ll suggest it should be higher on the list more often. How do I know it’s not? I witness it in the market. It’s also because of the percentage of time the policy in force is from the same insurance company listed on the agent’s business card. Statistically, this can’t happen if sufficient attention is paid to optimizing underwriting. Personal experience in this market over the past few decades leads me to understand this very clearly.

Putting Numbers to It

Here’s a simple example. Let’s say we have a 50-year-old guy who wants $10 million of permanent insurance. I’ll run some guaranteed universal life numbers on a quote engine I have access to. At preferred rates with one well-known company (carrier A), the premium is $100,000. At standard rates, it’s $130,000. That’s a 30% increase in premium. Maybe standard is the very best rate he’ll get anywhere in the market. I’ll bet not. I’ll also bet that standard rate is what will very often be put in force. The question is, how much work is it worth to find something better?

Let’s put this into perspective. Assuming death at age 85, the internal rate of return (IRR) on premium to death benefit is 5.24% assuming preferred rates and 4.02% at standard rates. That’s a 122 basis point improvement on the deal. What if your financial advisor could get you an assured 122 basis point improvement on your investments? What would that be worth? That’s a 30% improvement in performance. The net present value of that premium spread at 5% is a half million dollars. Might that be worth some effort? It’s not even your effort because you’re telling the agent to do it. For the commission on this case, he’d better be willing to shuffle some more paperwork and turn over a few more stones. It might be good to understand that the better the underwriting offer, the lower the commission. I’ve actually seen agents disappointed to get a better offer than expected because of what it did to their commissions.

Assuming we can’t negotiate from standard to preferred with carrier A, will another insurance company look at it differently? All the time. Let’s go back to the hypothetical spreadsheet. Suppose another insurance carrier (carrier B) showed preferred rates at $105,000, which wasn’t paid attention to because $100,000 looked better. If we could get carrier B to go for preferred, then $105,000 is meaningfully better than $130,000, all other things being equal.

In fact, if I looked at the insurance company 10 spots down on the list of competitive companies, an option that no one is going to consider when deciding how to move forward, the spread in IRR between the 10th-place product and the first-place product on the list is 50 basis points less than the spread between preferred and standard. The least attractive option, based on price alone, when initially reviewing choices, may be the best option if their underwriting department comes through.

Let’s take it further. We’ll assume the client was rated at a table D. Now the premium is $200,000. If standard at $130,000 can be wrangled from another carrier, then we’re looking at better than a 200 basis point improvement and a return that’s over 100% better. Is this feasible? If you’re working with someone who knows what he’s doing, absolutely. A rabbit’s not going to appear out of the hat every time, but even a table C is better, and I’ve seen such a case go to preferred best that would drive the premium below $100,000. I kid you not.

It’s the Same Story With Second-to-Die

The same dynamics apply for survivorship cases. When two preferreds turn into a preferred and standard, premium increases 15%. With one at table D, it’s a 30% increase. Some research and negotiating to find a 50 to 100 basis point improvement in return would prove to be worth some effort.

It’s not always what’s staring you in the face that you have to be concerned about. That stuff is easy.  It’s the stuff you might not think about, if you’re not deeply involved in the industry, that might offer the biggest return. If that no-so-great-offer is from the insurance company on the agent’s card, direct him to go outside to find a company that will do better. Don’t let anyone tell you “I have a 30-year relationship with this underwriter, and if they won’t give you better, no one will.”

Someone who really gets this might be helping a client, for whom underwriting might prove to be tricky, prepare medical files for a year before the application process even commences. There’s both an art and a science to this.

So, don’t be too worried that your kid’s food might not be organic because I can assure you there will be many and much more dangerous encounters on a daily basis. Prioritize concern and effort where it matters.

Bill Boersma is a CLU, AEP and LIC. More information can be found at www.oc-lic.com, www.BillBoersmaOnLifeInsurance.info and www.XpertLifeInsAdvice.com or email at [email protected]