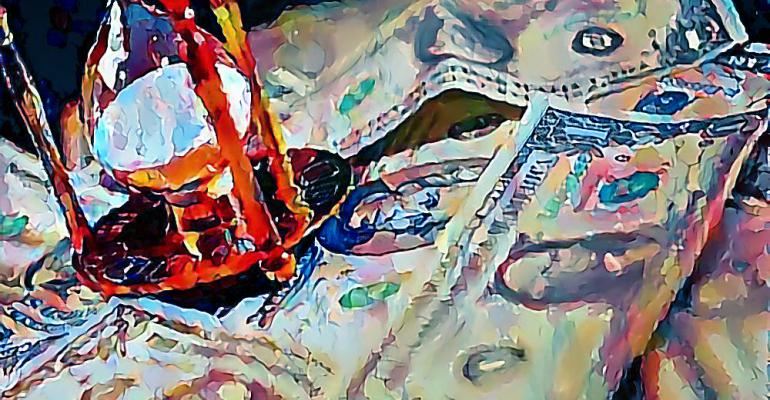 Cornell’s company and Diamond’s Atlas Merchant Capital, along with Goldman-backed Global Atlantic Financial Group Ltd. and Timothy Barakett’s TRB Advisors, will invest in Hartford’s Talcott Resolution unit, according to a statement Monday. Hartford will keep a stake in a new company that’s absorbing the business, which has about $149 billion in account value.

Talcott’s investor group joins Wall Street buyout firms including Blackstone Group LP and Apollo Global Management LLC in making bets on annuities, which are typically issued by life insurers. The retirement products guarantee a lifetime stream of income and have provided asset managers the chance to generate long-term returns as they sit on consumers’ deposits for years. But liabilities can swell on the contracts if interest rates are lower than expectations, or if stock markets plunge.

“These are people who have all done financial investing, and the size of the transaction is quite large,” Cornell, 61, said in an interview, referring to Talcott’s investor group. “This is a long-term investment by nature.”

Cornell said there could be opportunities for more takeovers after the deal.

Hartford will keep about $950 million of tax benefits associated with the Talcott business, the people said. Its assets are made of so-called run-off life and annuity holdings, meaning that it doesn’t issue new contracts but pays claims to existing policyholders. Hartford is expected to incur a net loss of $3.2 billion from the deal, but the transaction will provide about $3 billion of value to the company’s shareholders when including the tax advantage, according to the statement.

“The price we were able to get was probably not achievable in 2008,” Diamond said in an interview. “The portfolio has shrunk, it’s more stable, it’s more understandable. It’s 2017 versus 2008. You have a better market environment, equities for example, and significantly lower volatility.”

Other backers of the deal include Pine Brook Partners and J. Safra Group.

Cornell, who was vice chairman of the merchant banking division at Goldman, founded his investment firm after leaving the bank in 2013. Among the deals he’s worked on are early investments in property-casualty company Allied World Assurance Co., reinsurer Validus Holdings Ltd. and Enstar Group Ltd., which also manages run-off portfolios. He also helped Goldman Sachs invest in what’s now called Ping An Life Insurance Co. of China in the 1990s.

Hartford will continue to manage a majority of the Talcott assets for five years, while Global Atlantic will backstop a portion of the portfolio. The Goldman-backed insurer is planning an initial public offering, people familiar with the matter said in October.

Hartford has narrowed its focus to property-and-casualty insurance, group coverage and mutual funds. The company created the Talcott unit years ago to help wind down annuities and other obligations. Of Talcott’s $149 billion in account values at the end of September, about $40.7 billion was tied to variable annuities, according to a regulatory filing.

The Talcott sale “is the final step in our journey begun in March of 2012 to exit the life insurance and annuity market,” Hartford Chief Executive Officer Christopher Swift said on a conference call.

The insurer still oversees deposits and handles payments on annuities that were issued in prior years, but stopped offering new individual policies in 2012 amid pressure from hedge fund manager John Paulson, who urged the company to “do something drastic” to boost its stock price. Then-CEO Liam McGee struck a deal later that year to offload an annuities-distribution business and agreed in 2013 to sell a U.K. variable-annuity division to Warren Buffett’s Berkshire Hathaway Inc.

MetLife Inc. is also among insurers that have retreated from annuities, citing the volatility of the results and high capital requirements. The company this year spun off Brighthouse Financial Inc., the U.S. unit that offers the products to retail clients.

Wall Street has been eager to step in. Goldman created Global Atlantic in 2004 and separated the business about a decade later, as regulators imposed tighter capital standards. The bank kept about a one-fifth stake.

Funds affiliated with Blackstone were part of an investor group that announced a deal in May to buy Fidelity & Guaranty Life, the provider of fixed annuities. Athene Holding Ltd., which has ties to Apollo, had an IPO in 2016 and has also been expanding through takeovers. Apollo helps manage assets for Athene, and Blackstone agreed to do the same for FGL.