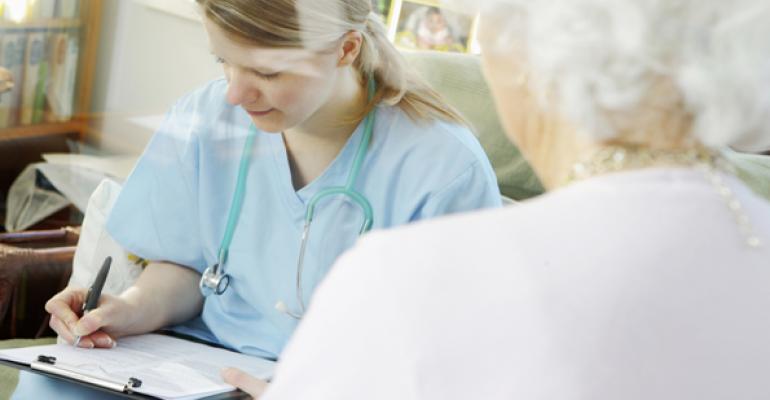 Caring for the Young?

Despite sluggish long-term care insurance sales, those buying coverage are younger than ever.

Adults between the ages of 45 and 64 are the most likely age group to obtain long-term care insurance, according to the American Association for Long-Term Care Insurance (AALTCI) in West Lake Village, Calif. In fact, three-quarters of new policies were purchased by persons in that age group last year, according to the organization’s research, released in August.

The declining age of buyers reflects a growing trend, says Jesse Slome, AALTCI executive director. Ten years ago, the average buyer was 66 or 67. Today, younger people are buying long-term care insurance in the workplace. They are also more aware of protecting against the risk of needing long-term care due to experiences with family and friends, he says.

Over half (56.5 percent) of new purchasers of individual policies were between the ages of 55 and 64, while 22 percent were between ages 45 and 54, according to the AALTCI's annual study of new policy sales. Fifty-three percent of male buyers were younger than age 65, compared with just 48 percent the previous year. Half of women buyers were under age 65, up from 44 percent a year earlier.

“The sweet spot for considering and buying long-term care insurance is between 52 and 64,” Slome says. “That is the age when costs are more affordable and the individual is still more likely to qualify (health wise) for insurance protection.”

Over the past three years ending in 2011, sales of long-term care insurance were down 2 percent, according to LIMRA.

But financial planners say that getting coverage at an early age makes sense, particularly for currently healthy clients with a family history of medical problems. The average nursing home costs about $80,000 annually, which can wipe out a small fortune. Four out of 10 people who are age 65 will need some type of long-term care services, according to Milliman, a Chicago-based actuarial firm. The amount of claims paid last year reflects that trend. AALTCI data indicate the long-term care insurance industry paid $6.6 billion in 2011 claims benefits to more than 200,000 persons.

Brian C. Smith, senior financial planner with Firstrust Financial Resources in Philadelphia, says that most of his clients buying long-term care insurance are middle-income and upper-income individuals with assets of at least $250,000.

“It is not for everyone,” he says. ”Those that have millions may not need long-term care because they can absorb the cost. Those that don’t have a nest egg or income may not want to buy it. Those in between are the most at risk.”

Periodic payments on standalone coverage are cheaper at younger ages for those who can afford it. Those who wait too long may not qualify for coverage due to medical problems. For example, one of four persons from ages 60 to 69 and nearly one-half of those from ages 70 to 79 are denied insurance coverage due to health problems, according to Walker Actuarial Services in Baltimore, Md.

Average premiums can fluctuate significantly by age. For example, let’s assume a policy has a $100 daily benefit, 5 percent compounded inflation protection and non-forfeiture benefits, which let policyholders retain at least part of their benefits if they cancel the policy. Given this, one could expect annual premiums to run an average of $798 for a 40-year-old; $1,087 for a 50-year-old; $2,130 for a 65-year-old; and $7,000 for a 79-year-old, accordingto the National Association of Insurance Commissioners.

Smith says that he has sold long-term care insurance to 45-year-olds, but most of his clients wait until their children graduate from college before buying a policy. They typically buy coverage for four to five years indexed to inflation. Some couples buy a shared policy that provides a combined 12 years of coverage. In some cases, he may direct clients to a combination universal life insurance policy that pays four to six times the death benefit for long-term care expenses.

Other financial professionals say that an individual policy may not be the best product for some clients.

“Theywould be better off waiting until they reach retirement and have accumulated more money to buy an asset-based product (such as an annuity or life insurance policy),” says Bruce Moon, vice president with One America, Indianapolis, Ind. This way, he says, they can lock in a premium for guaranteed long-term care benefits. But if they don’t use those benefits, they don’t lose the policy.

Younger people buying today may not have an accurate assessment of the cost of long-term care when they retire and how much the standalone premium will really cost when they reach retirement age, Moon says.

One is that most financial professionals think the coverage is primarily used to pay for a nursing home. But Slome says that 50 percent of new long-term care insurance claims in 2011 were for home care.

Contrary to popular belief, people don’t use home health care consistently. The average number of home care visits paid by long-term care insurance is 454 for a stroke victim and 381 for someone with Alzheimer’s. The average daily pay is $89. Overall, the average hourly rates are $19 for a homemaker or companion and $21 for a home health care aide. Rates for home health care have remained stable over the last several years but can vary widely nationwide.

“Understanding some of the connection between (long-term care insurance) and home care can reassure people that some long-term care insurance can be sufficient at least for the vast majority of people—and it certainly will be more affordable,” Slome says. “It will pay for care at home, as well as for a skilled care facility should that be needed at the onset or as a condition progresses.”

There is no free lunch when it comes to the sale of long-term care insurance. Financial advisors need to disclose to clients that the insurance company may raise premiums over the years to cover higher costs. Medications, therapy, medical, dental care and sundries are not covered. And depending on the contract, clients could lose whatever they paid into it if they don’t use the coverage.