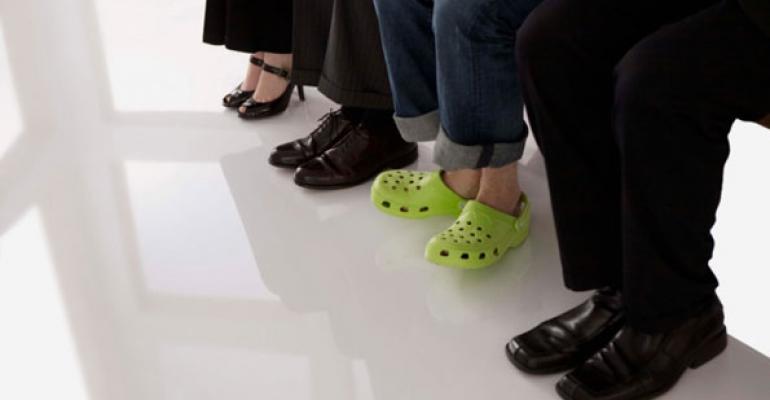 Breaking Out: A New Era in Insurance

Insurance firms constantly go through cycles of acquisition and sale when it comes to their broker/dealer subsidiaries. But the current sell cycle is different, and it may shake up how the business works.

Many things go in cycles—the moon, the weather, agriculture, birth and death. When it comes to buying and selling broker/dealers, insurance companies have also tended to go in cycles. Or they did.

Insurance companies first started acquiring broker/dealers in the 1980s. That’s when Home Life Insurance bought Sentra Securities, and when Pacific Life kicked off a string of b/d acquisitions with its purchase of Mutual Service Corporation in 1987. But these marriages were not to last. Home Life sold off Sentra in 1991, and Pacific Life divested three of its b/ds in 2007. In the late 1990s, another buying cycle started, with ING, AIG and Jackson National getting into the broker/dealer business. Once again the tables have turned, and many insurance companies are again divesting their independent broker/dealers. Private-equity-backed Cetera bought three IBDs from ING in 2010, and snagged Genworth’s broker/dealer early this year. In February, Western & Southern sold Capital Analysts to Lincoln Investment Planning, and in March, The Hartford announced plans to shed Woodbury Financial Services.

Here’s the thing: This selling cycle is different. First, there are new acquirers in the mix—private equity firms—and they’ve got deep pockets. Also, the rationale for these hookups—creating an easy distribution route for proprietary products—has yielded diminishing returns over the past decade. New regulations don’t allow insurance firms to offer their b/d advisors incentives to sell their products, and the move to open architecture and independence has separated product manufacturing from distribution. The possibility that a fiduciary standard will be applied to all financial advisors providing retail advice could make it even more difficult for insurance companies to distribute products through an advisor force. And in this challenging economic environment, with advisor payouts high and independent b/d margins slim, it’s even harder for insurance companies to turn a profit from these operations.

Industry consultants and recruiters don’t expect the insurance b/d channel to die out; they do, however, expect to see more insurance firms getting rid of their broker/dealers, and possibly this time for good. Advisors whose insurance parent companies are looking to sell may have a whole lot of instability to look forward to. If the parent firm is not openly considering a sale, it’s likely looking at ways to cut costs and goose profitability. Some say this could translate into lower payouts for advisors, while others believe it could result in less investment in the b/d business, particularly in technology.

There are several possible reasons why insurance firms are dropping out of the broker/dealer business right now. One obvious one: It’s a challenging time to be an independent broker/dealer in general, says Dan Inveen, director of research at FA Insight. Median profit margins were at 1.3 percent in 2010, down from around 3 percent in 2007, he says.

There just isn’t a whole lot left over after you account for advisor payout, back-office support, service support and all the other b/d overhead, says Jodie Papike, executive vice president at Cross-Search.

Broker/dealers also have quite a bit of risk exposure with some of the alternative products, such as private placements, that have been sold to clients and have subsequently gone bad. Vetting and policing this stuff is not easy. For example, in 2011, Ameriprise Financial paid out $150 million to investors who were sold allegedly fraudulent private placements by Securities America reps.

“So revenues have continued to dwindle and shrink, and then you couple that with the risk of facing arbitration at any point in time, and a lot of firms are deciding it’s just not worth it,” Papike says.

“[Insurance firms] see a big mass movement toward more regulatory costs, more technology costs,” Welsh says. “They’re saying, ‘Time to get out now and let the private equity guys jump in. Seems like they can do it better than we can.’”

“[The b/ds] are not the loss leader that they used to be,” Henschen says.

In the 1980s and 1990s, insurance firms were able to offer commission rates on their own products that were better than those on other products as a way to incentivize the captive b/d advisors to distribute their products, but they can’t do that anymore, Henschen says. FINRA now has rules against offering higher commissions on proprietary products.

That said, insurance firms can push their products in more subtle ways. For example, when the broker/dealer sends out packets of product information to its advisors, the first promotion will often be from the parent insurance company, says Larry Papike, president and founder of Cross-Search And at the annual conferences hosted by the insurance parent company for its b/ds, you won’t find many of the parent’s competitors with booths at the exhibit hall, Henschen says.

“Some of them go so far as to tell competing companies to their products, ‘Our reps can buy your product, but your wholesalers cannot wholesale to our reps,’” Henschen adds.

It seems to work. About 62 percent of revenues at insurance owned b/ds come from variable annuity sales, and about 90 percent of these sales represent proprietary products, according to Morningstar data.

If the firm can convince their reps to sell their products, it’s typically business that stays on the books for a long time, says John Simmers, co-founder of the Pension Resource Institute, and former CEO of the ING Advisors Network.

But times are changing, and it’s getting harder to push products, even covertly, with financial advisors increasingly interested in running their practices independently and a possible fiduciary standard for all on the table. Under Dodd-Frank legislation passed in 2010, the SEC is authorized to extend the fiduciary standard to all financial advisors when they provide investment advice to retail investors, though rulemaking is currently stalled.

“I do know that independent advisors can be stark advocates for their independence, and if there’s too much of a push from any insurance company, then it might have a negative impact of driving the independent advisor away,” says Mark Avallone, president of Potomac Wealth Advisors, an independent contractor affiliated with insurance-owned H. Beck. “I have zero pressure to sell their [Securian’s] products. Sure, they call me and politely ask for face time just like any other company that I represent.”

Simmers believes looming changes to the application of the fiduciary standard are a major factor in the push by insurance firms to divest their b/ds. A new rule could make it more complicated for insurers to book revenue twice from the same client—it could be considered a conflict of interest. Firms would have to move around a minefield of prohibited transactions, and the disclosures would require more work, supervision and training, say industry observers and analysts.

“Any time you’re dealing with proprietary products and proprietary distribution, it’s going to make a fiduciary standard a difficult standard to achieve because you have to prove that nothing’s better than what your home company’s offering,” says Scott Smith, analyst with Cerulli Associates.

PEs on the Scene

What also makes this cycle different is that the negotiating tables have turned. In other words, insurance companies are no longer the big acquirers of broker/dealers; private equity firms are now the ones looking to invest.

Private equity firms Lovell Minnick, Parthenon and Lightyear Capital, which owns Cetera, are new on the acquisition trail, and they’re looking to put capital to work. Palaveev says he wouldn’t be surprised to see a private equity company buy one of the AIG broker/dealers, Jackson National, or some other firm out of an insurance company.

Some of the insurance companies that have sold their broker/dealers have said they wanted to concentrate on their “core” business—selling insurance. The Hartford, for example, recently announced it was shedding its broker/dealer, Woodbury, to focus on its property and casualty business.

“The broker/dealer is not the main focus of that insurance company,” says Jodie Papike. “It’s an afterthought.”

In fact, according to a survey by the Financial Services Institute and FA Insight, 52.6 percent of insurance broker/dealer home offices said their parent company operates the b/d as a cost center, meaning the goal is to break even. This compares to only 20 percent of home office employees at independent b/ds that are not insurance-owned. Another 47 percent of insurance-affiliated b/ds said their firm was run as a profit center, with the goal being to maximize profit.

In terms of what the insurance firms invest in the b/d business, many are just doing what they need to do and not going much beyond that, says Cerulli’s Smith. Increasing net sales is a key priority, but putting the capital out there to invest in technology is not because capital is already stretched.

According to the FSI/FA Insight survey, on average, insurance b/ds spent $1.03 million on technology services in 2010, versus $1.4 million spent by the IBDs.

Larry Papike believes this lack of capital infusion, technology and resources are causing advisors to leave the insurance broker/dealer channel.

“So advisors are looking at it and saying, ‘Here’s what my broker/dealer brings to me today,’” Larry Papike says. “‘And if I go down the street to Joe’s firm, I can get this, this, this, this, and this that my firm doesn’t offer me today.’ And that’s why they’re losing advisors.”

Chip Roame, managing partner with Tiburon Strategic Advisors, says part of the decline in numbers is the reclassification that’s occurring when an insurance b/d is sold into another channel.

The smart advisors may have felt that their firm has been trying to sell, and want to be able to make their own decisions about where to go, Simmers says. “Advisors vote with their feet.”

It could be time for reps to re-examine the ownership structure of the b/d with which they are affiliated. This should be a critical aspect in choosing a b/d anyway, Palaveev says.

“If you’re primary business is investment advice and financial planning, then it’s kind of a question of, what are you doing with an insurance company?” Palaveev says. “You don’t go to a steak house and order sushi.

Welsh doesn’t believe insurance companies will go back into buying mode at the end of this selling cycle. The last b/ds standing are going to be the ones that have scale, such as LPL, Commonwealth, and Raymond James, he says.