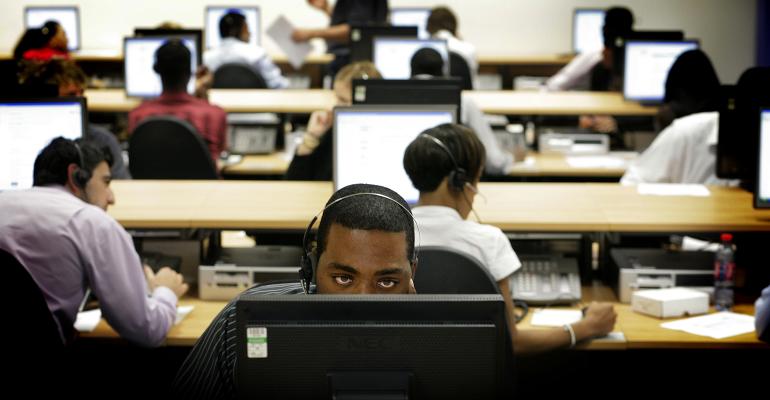 Workin’ for a Living

Most employed people do not see wages and their salaries moving in their favor.

While the country is still grappling with the reality of a historic election, democracy has not failed, as some keep suggesting. The fact is that the American people have spoken, demanding drastic change. For the most part, their narrative was not even anchored in Democratic vs. Republican ideas, but instead in a deep-rooted desire to become part of the “system” again. With the U.S. now contemplating the Trexit (i.e., “Trump exit”)—turning away from global conversations, likely involving a newly defined healthy distance from world affairs—the root cause of the election results is clear: Very much as Brexit was an “anti-Westminster vote” rather than the suggested “anti-Brussels vote,” so, too, was the U.S. election an anti-establishment vote, and not necessarily an executed bipartisan choice.

Research leading up to Election Day clearly underlines the issues of a system that has left large parts of society behind, especially since the global financial crisis. As an example, a little more than a third of registered voters felt that the economy (38 percent) and their job situation (35 percent) had gotten better since 2008. However (not surprisingly), looking “under the hood” of the survey is far more telling, as only 11 percent of Trump supporters rated conditions for jobs and the economy as having gotten better, vs. 60+ percent (!) of Clinton supporters.

Regrettably, and discussed in our work diligently, there is a point to be made, not only for the U.S., but in observing global conditions. Based on a recent report by the Organisation for Economic Co-operation and Development (OECD), “three-quarters of OECD countries still face either a sizeable unemployment gap (an unemployment rate that is 2 percentage points or more above the pre-crisis level) or a sizeable wage gap (average wages at least 5 percent below the level they would be at if they had continued the trend increase during 2000–2007) or both.” The U.S. is no exception, even though the domestic economy has “muddled along” and there have been somewhat significant improvements in the employment situation. As per our recent entry, "A New Capitalism Needed," since 1970, employed Americans’ share in the success of the economy, as measured by GDP, has generally been in decline. Even though this development has recently been in reverse since reaching a low point in 2011–2012, current levels are still below those seen prior to the 2008–2009 recession.

On the other side of this economic reality is a mind-warping media, along with a dedicated Federal Reserve, creating their version of an “OK economy,” with one important “catch” to be considered: most employed people do not see wages and salaries, the largest source of household income, moving in their favor. In fact, this share has been steadily shrinking, declining from 63 percent in 1947 to 49 percent today. The same is true for income of the self-employed (“proprietors’ income”), which is down from 19 percent to a mere 9 percent over the same time frame. The positive delta is in favor of investment income, but (!) this is only relevant if investable assets are available—another “catch,” considering the related uneven distribution of net worth in the U.S.

The bottom line is that, by today’s definition, America remains a society anchored in consumption (70 percent of GDP), and consumers, not unexpectedly, like to vote with their wallets. Whereas the distribution of “economic share” and consequent income remains the main challenge in this respect, inflation in prices of essential items, such as education and healthcare, is hardly captured at a realistic rate. “Anti-establishment” vote or not, it is time for change, but true change will require more than the outcome of this (or any) election alone.

“The quintessential work song about spending your paycheck before getting it and never getting paid what you're worth”: “Workin’ for a Livin’” is a straightforward tribute to the working man and woman. It’s one of Huey Lewis and the News’ earliest hits, and of course, a product of the 80s—my favorite.