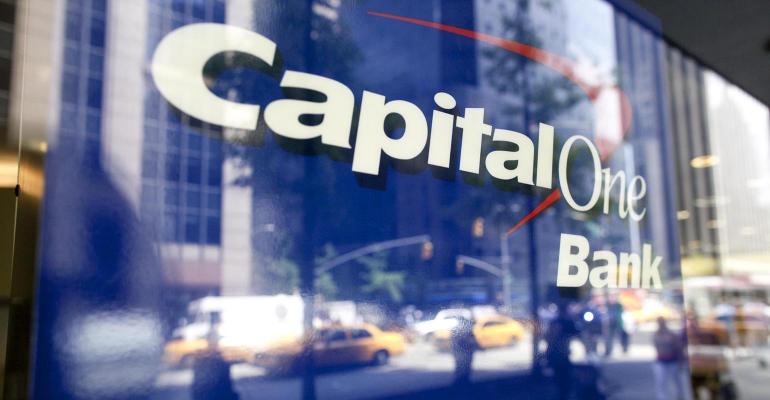 The Capital One advisors are concentrated in the New York metropolitan area, the Mid-Atlantic region, Louisiana and the eastern part of Texas, said Rick Fergesen, president and CEO of Woodbury. And while they have a bank branch culture, most of their advisors were already looking to make the jump to independence, he said.

“They’ll be moving from an employee status to an independent contractor,” Fergesen said. “And that’s a pretty big leap for them. And what we discovered as we started talking to them is they had aspirations of going out on their own and opening their own independent offices already. So this was really an avenue for them to do that.”

Capital One merged its brokerage business with its digital platform to create a new entity called Capital One Investing in 2015 to better attract and retain mass affluent investors. In January, the firm sold its self-directed online brokerage accounts to E*Trade for $170 million.

The platform helped investors create a digital portfolio comprised of up to six ETFs. While it used some of the tools common to automated advice platforms, such as a questionnaire to help create an allocation model, it was a self-directed platform, where users picked their own ETFs instead of relying on an algorithm.

After the merger of the two units, Capital One Investing launched a call center for investors to get personal advice from a financial advisor. Those with at least $25,000 in their portfolio could meet face-to-face with an advisor.

Woodbury had a record year for recruiting in 2017, attracting 213 new advisors representing a combined $5 billion in assets under administration. The firm has picked up some large teams from National Planning Holdings, which was recently acquired by LPL Financial.