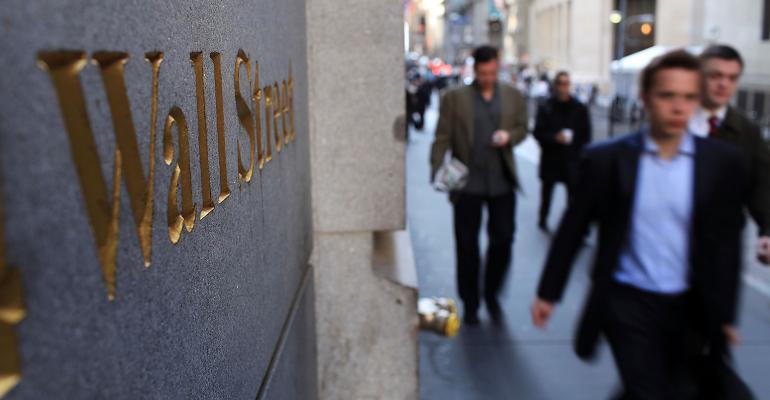 The four largest national brokerages dropped advisor head count by over 1,000 brokers during the past year, according to the most recent round of earnings reports, as each tries to bring advisory services to new types of clients.

Advisor ranks at the big full-service brokerage firms continue to thin out. According to the recent round of fourth quarter earnings reports, the number of brokers at the four wirehouses—Wells Fargo, UBS, Merrill Lynch and Morgan Stanley—collectively were down by over 1,000 over the previous year.

Wells Fargo Advisors, the St. Louis-based wealth management unit of megabank Wells Fargo, lost 211 advisors, or 2% of the force, between the third and fourth quarters of 2019 and 456, or 3%, year over year, amid the San Francisco bank’s continued turmoil related to the fraudulent sales of banking products. Wells Fargo Advisors now has a head count of 13,512.

Morgan Stanley fared little better on the defection front. It counted 15,468 advisors at the end of 2019, which was down 1%, or 85 advisors, from the previous quarter, and 226 from last year.

A senior executive at Merrill Lynch said the head count at the wealth management unit of Bank of America, including trainees and the financial solutions advisors in its Merrill Lynch offices, fell by 199, or about 1% on an annual basis, and about 60 advisors over the past quarter. He attributed the shortfall to seasonally lower hiring in the company’s training program.

UBS’s advisor numbers in the Americas, which includes Canada and Latin America (the company does not break down advisor count for the U.S. alone), fell by 301, or 4%, year over year. The firm lost 78 advisors over the past quarter.

But those numbers belie the fact that the advisors remaining at these firms are, by and large, increasingly more productive.

UBS reported that productivity per advisor hit $1.4 million, claiming it has the highest-producing advisors among the national brokerages.

Morgan Stanley spokeswoman Sue Siering said the company’s annual revenue per advisor was $1.18 million, up 6% from the third quarter and 12% from the fourth quarter a year ago.

Wells Fargo does not break out per-advisor production figures, but spokeswoman Kim Yurkovich said the bank's new advisor hires for the year were hitting an average production of $719,000 each, 40% higher in trailing 12-month production than the firm had anticipated in its recently hatched recruiting plan.

New advisors recruited to Wells Fargo during the year from other firms (meaning, advisors with some experience) were in fact up 27% over 2018, and the firm claims those experienced hires were hitting production levels that were 57% higher than the average “experienced” team at competing firms.

Yurkovich said that was evidence that while smaller producers may be leaving Wells, the firm was having success recruiting larger, more productive teams.

Merrill Lynch spokesman Matthew Card said 70% of nontrainee advisors at that company had their best year ever in 2019, leading to a record $1.43 million in productivity, up 5.5% year over year.

In line with the firm’s stated strategy of being a full-service financial firm for clients, from banking to brokerage, executives said advisors made over 230,000 referrals to another part of the company in the quarter, up 33% from 2018. Incentivizing those referrals is part of the firm’s compensation package.

The company also generated $19 billion in mortgages during the fourth quarter, more than it has in any previous quarter over the past eight years, in part thanks to advisor incentives.

Wells Fargo too is increasingly drawing on its banking clients, as referrals between its community banking unit and the wealth and investment management unit also rose 18% year over year to $2.6 billion in investment assets.

Morgan Stanley, Merrill Lynch and UBS each touted record client assets in their earnings reports, thanks in part to higher market valuations and to some degree net new assets.

While client assets at Wells Fargo’s private wealth management division rose 7% year over year to $240 billion, the overall retail brokerage unit hit $1.7 billion in assets, including $560 million in advisor assets. Still, income for the wealth and investment management unit, of which Wells Fargo Advisors is only a part (Wells Fargo the bank does not break out income for Wells Fargo Advisors), fell 63% year over year to $254 million, thanks to higher operating losses. On a quarterly basis, profits at the wealth and investment management unit were down 80%.

Merrill Lynch’s revenues were a record $16.1 billion for the quarter, up $125 million over 2018, driven by higher net interest income, positive AUM flows and higher market valuation.

Morgan Stanley reported revenues for wealth management of $4.582 billion, up 5% over the third quarter and up 11% over the prior year quarter.

UBS’s profits of $722 million in the fourth quarter more than doubled over last year, even as profits in the Americas fell to $255 million from $342 million in the third quarter and $284 million in the fourth quarter of last year. However, company CEO Sergio Ermotti said on the company’s earnings call that this was the company’s best quarter in terms of adjusted profits before taxes since 2010. Kirt Gardner, the company’s CFO, said on the earnings call that “I cannot stop stressing the quality of the earnings in the U.S. … are absolutely critical and added value. Through our U.S. capabilities, we will continue to leverage our franchise as a global—as the leading global player, and number two, creating significant shareholder value over the years to come.”

The company has been seeking to cut costs, announcing layoffs globally in the last year.

Overall, Morgan Stanley made $2.24 billion in net income for the fourth quarter, up 3% over the third quarter and 46% over the prior year quarter.

Morgan Stanley CEO James Gorman said the company plans to capitalize on its 2018 acquisition of Solium, the stock plan administrator rebranded to Shareworks by Morgan Stanley, by converting 1 million of the 3 million mass affluent stock plan participants to Morgan Stanley wealth management clients within the next five to seven years.

Morgan Stanley estimates there is $1.5 trillion of total wealth held by these stock plan participants. Jonathan Pruzan, Morgan Stanley’s chief financial officer, said there would be “an acceleration” of converting the clients to either “the digital or advisory channel, but we think a million incremental customers on our current base would be quite attractive and a real nice growth engine” and should have a strong impact on Morgan Stanley’s “asset levels, cash levels and net new assets.”

While Bank of America analyst Mike Mayo, on the earnings call, characterized the move as “going down market into the teeth of Schwab’s zero commissions for wealth,” Gorman was quick to defend Morgan Stanley, saying that Schwab’s move to cut stock commissions to zero only accelerated a trend that was well underway.

“I see it less as a sort of characterization of going down market and more a characterization of us just expanding the universe of clients. There are a lot of people out there working for companies making good money through these share plans. They do not want or need one of our large financial advisor teams. But that doesn’t mean they can’t have access to what Morgan Stanley can deliver.”