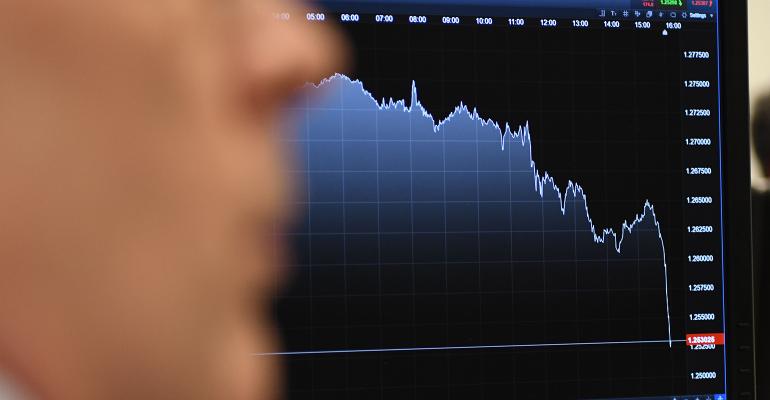 What To Tell Clients About 'GDP Killers' And Recession

In a special scenario presentation, HiddenLevers outlined its modeling on where things are today, and where they could be headed.

In a special HiddenLevers “war room,” Raj Udeshi, the risk and scenario analysis software developer’s co-founder, described an ugly situation that could see a convergence of black swans leading anywhere from a 10% to 33% drop in the S&P 500 and ultra low or even negative interest rates on 10 Year U.S. Treasuries. Udeshi typically leads monthly scenario analysis meetings, but with the global economy running into the brick wall of the novel coronavirus and the recent oil production maneuvers by Saudi Arabia and Russia, it was time for a special session, he said.

HiddenLevers’ scenario meetings typically present a baseline scenario, next to a good and ugly outcome for a scenario or two, but last week’s meeting covered the global coronavirus pandemic, the oil price war, a global recession based on supply and demand shocks and interest rates at zero in the U.S.

In a way, the U.S. (and global) economy is caught between a rock and a hard place. Pushing forward and lowering the peak of viral infections, most often referred to as “flattening the curve,” means implementing what Udeshi calls “GDP killers.” Travel bans, mass business closures and limiting the movement of people all have negative impacts on economic activity.

“The bottom line on that Catch 22 is that the market needs confidence that the virus can be contained,” said Udeshi. “Tons of overwhelmed hospitals don’t give confidence.” Implementing “GDP killers” preserves the ability of the health care system to attend to as many infections as it can, avoiding situations where triage is implemented because the health care system is overwhelmed, which is what Italy is experiencing. “Optics is part of this; let’s face it,” he added.

Black Swans Are the New Black from hiddenlevers on Vimeo.

While HiddenLevers has built its coronavirus modeling from scratch, it has been turning often to the 1918 Spanish flu pandemic, said Udeshi. SARS was a good example of an epidemic contained to Asia, though one with supply chain shocks. However, with the spread of coronavirus outside of the Asian continent, the SARS epidemic is limited in what insight it can provide.

HiddenLevers continues to update its models, even as the outcomes of social distancing and mass shutdowns begin to become apparent. “China made a much more draconian choice than we did,” Udeshi explained. “The U.S., as long as possible, preserved normal American life. If you are going to solve this thing, the GDP killing measures are the only thing to do.”

As for what to say to clients, Udeshi recommends preparing them for headlines declaring a global recession, while noting that the U.S. is “poised to recover more quickly due to [strength in] pre-pandemic GDP.” Fed action needs to calm Treasuries and VIX, he said, or corporate bankruptcies could be more likely, including firms involved in shale oil production.

For advisors peering into their crystal balls, HiddenLevers is wary of “black swans” on the horizon that could involve an Italian debt default, the collapse of state institutions in Iran or an Asian financial crisis.