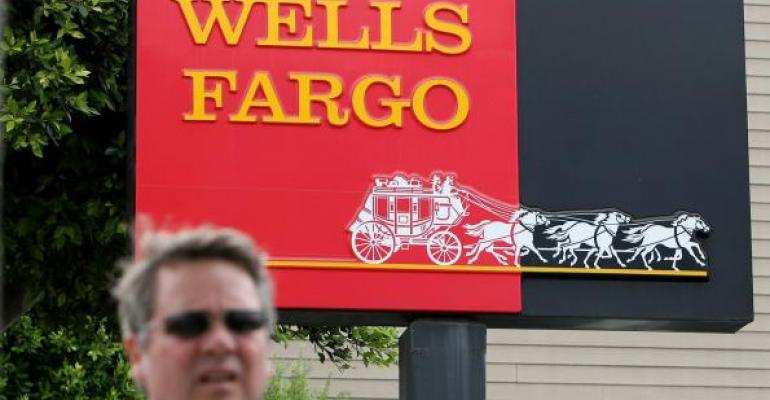 Wells Fargo Can Limit Damage With a Basis Point Solution

(Bloomberg Gadfly) -- Among the steady drumbeat of negative news for Wells Fargo in the wake of its fake-account scandal, the most troubling headlines may be those telling of lost business because of the bank's shredded reputation.

Illinois, California, Seattle and Chicago are among those that have all announced recently that they were refraining from working with the bank.

This lost business, mostly in municipal-bond underwriting, shouldn't be enough to move the needle much on Wells Fargo's bottom line. The bulk of its business is centered on the banking needs of retail mom-and-pop customers -- and those clients don't issue press releases or write open letters to announce that they're turning their backs on the bank.

So a question that will linger, perhaps even beyond the bank's latest earnings release this week, is how many of these customers will decide to flee.

One hint may be in how often the bank's mobile application is downloaded. The app's rank in iOS and Google Play stores has taken a noticeable hit, sending the gap between it and apps from Bank of America and JPMorgan Chase to the widest level since 2014, according to analysts at UBS. (See Figure 4 at this link.) That is obviously an imperfect measure of consumer behavior, as the analysts pointed out, but it certainly hints at a slowdown in new accounts and engagement among customers.

Wells Fargo has increased deposits briskly in recent years, so it would require a full-scale mutiny for the situation to become acute. However, should an exodus of retail customers become problematic, there is one lever the bank could consider pulling to help keep mom and pop from jumping ship: interest rates on savings and checking accounts and certificates of deposits.

The effect of higher benchmark interest rates -- like the fed funds rate or more variable rates like Libor --- on the rates paid to savers is known as deposit beta.

The conventional wisdom has been that deposit betas would be minuscule -- almost nonexistent -- during the initial few interest rate increases by the Federal Reserve. That would allow banks to benefit from, say, the first 50 basis points of rate increases as they pass along higher borrowing costs to customers but not much of the gain to depositors.

That seems to have been the case when looking at certificate of deposit rates after the 25 basis point increase last year: 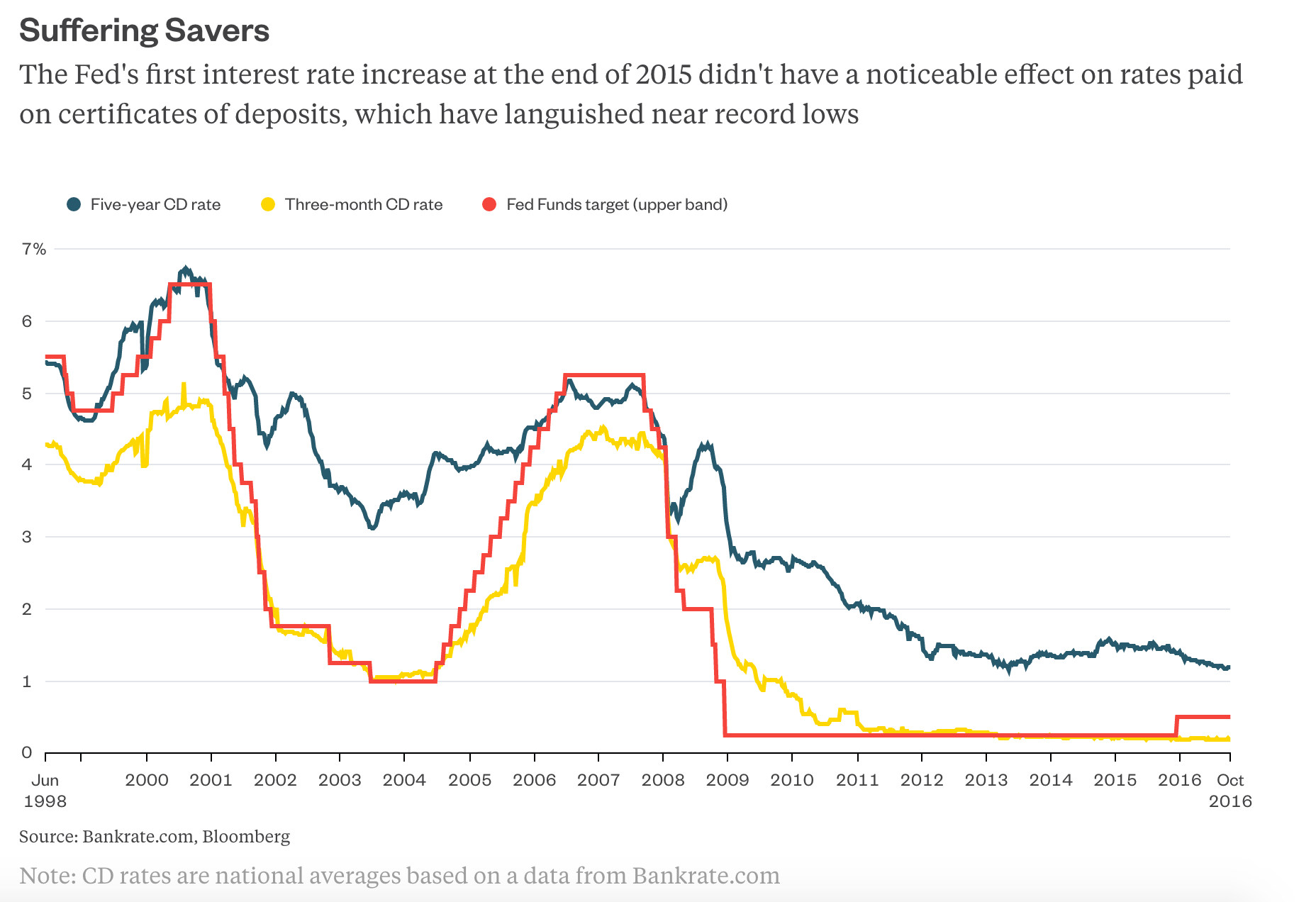 That proved to be a wise move for banks because yield curves flattened during the year after the first rate increase, pressuring net interest margins. Now the Fed seems to be telegraphing that the next 25 basis point increase will come at the end of this year, and yield curves are steepening again.

What if, instead of hoarding most of the benefits of higher rates, Wells Fargo were to more aggressively pass the increase along to customers? It would not take too much to make the rates on certificates of deposit stand out among the bank's largest competitors: 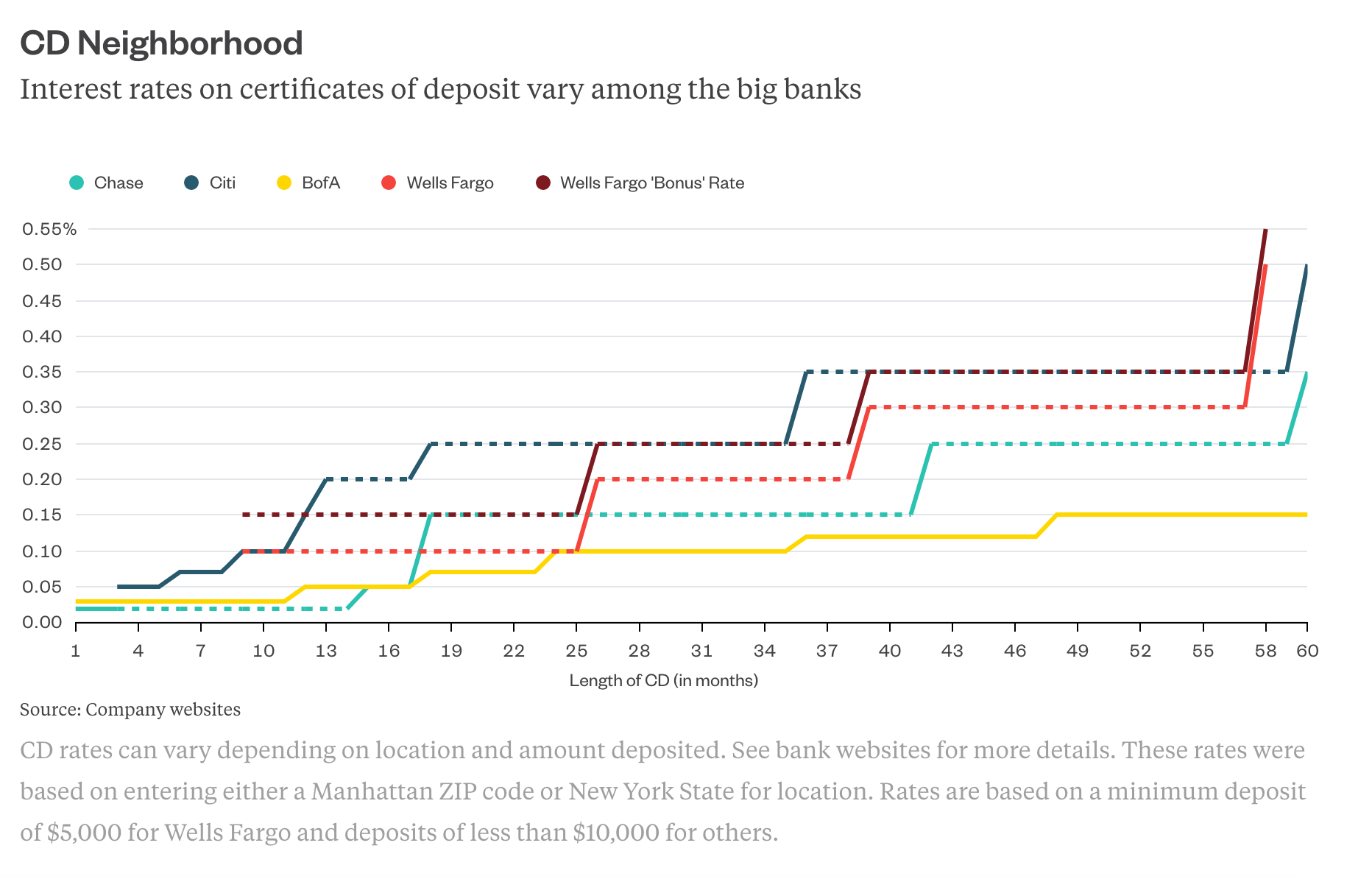 As you can see from the chart above, Wells Fargo offers a "bonus" rate on CDs. How does one qualify for this "bonus" from the bank? Cross-selling, of course! The rate is paid to customers who maintain a "linked PMA Package," incentives to persuade customers to open other accounts and link them to a Wells Fargo checking account.

CDs are only a fraction of Wells Fargo's deposits. Checking accounts, which pay practically nothing in interest, and savings accounts, which pay about 8 or 10 basis points, are a bigger deal, and an increase in their rates might be even more soothing to miffed customers.

Wells Fargo CEO John Stumpf has said in the past that he dreams at night about checking accounts, and the first thing he looks at when he gets to work at 5:30 a.m. is the bank's deposits.

The reason for those dreams? Primary checking accounts are about three times as profitable as secondary accounts, he has said. He's also said the bank's deposits should remain "sticky" even if higher interest rates cause customers to start shopping around.