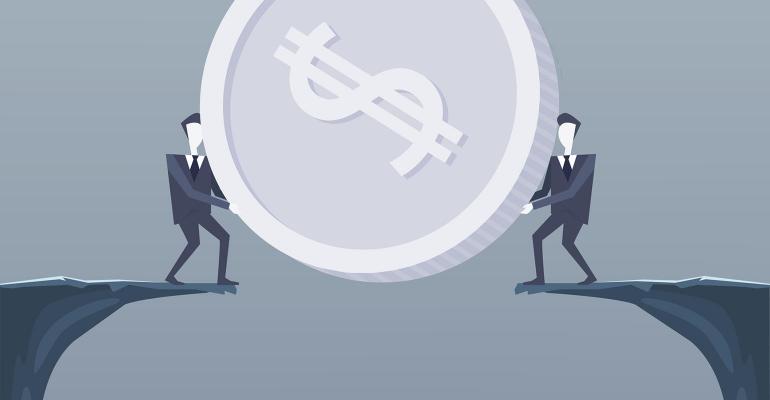 Timing can mean everything, and buyers are preparing to pounce.

Wealth managers are lining up capital and readying for a wave of merger-and-acquisition activity in the industry. RIAs, investment banks and consultants say a coming surge in deal volume will be driven by increased regulatory burdens, the need for technology investment and scale, heightened competition in the space, and firms seeking a succession plan.

M&A activity is at a record high, with 82 deals in the first half of 2017, according to a quarterly report by DeVoe & Company. The consulting firm's report also said that it expects the supply of sellers to increase over the next several years.

It’s currently a seller’s market, but that can always change. The aging bull market is causing some firms to ponder whether a macroeconomic event might pressure struggling firms to sell. In turn, they are preparing to buy.

“There are definitely some [firms] thinking about different performance scenarios and making sure they have cash reserves to capitalize,” said Kendra Thompson, the managing director of Accenture Wealth & Capital Markets.

Among those is Summit Trail Advisors, an independent advisory firm that oversees more than $4 billion in assets. It made its first acquisition earlier this month—a pair of New York City advisors that were previously managing about $500 million in client assets. It plans to continue growing inorganically in the coming years.

But its first acquisition had been long in the making. Jack Petersen, the founder and managing partner of Summit Trail Advisors, said the firm has spent the last 18 months preparing to acquire other advisory teams or firms.

“Scale is underestimated in the RIA business,” Petersen said. “It takes a lot of advisory assets to generate sufficient revenues and working capital to build out great human capital, leading technology, and really run your firm like a business.”

Petersen believes smaller firms will have a hard time continuing to grow in the future. Firms managing as much as $1 billion in client assets might not have reached the threshold necessary, according to Petersen.

Two weeks ago, Summit Trail partnered with First Citizens bank to provide the firm with working capital to invest in acquisitions. Petersen did not disclose how much the line of credit was, but said it was a necessary step to being a serious buyer.

The size of Mercer Advisors, a Santa Barbara, California–based firm with $11 billion in assets under management, has enabled the company to complete $3 billion in acquisitions over the last 20 months, CEO Dave Welling said.

But Mercer also has capital via a line of credit and debt when needed to pursue any larger opportunities that come up. It's also backed by private-equity firm Genstar, which is supportive of Mercer's growth "organically and through M&A," according to Welling.

The recently founded Halite Partners, based in Columbus, Ohio, also plans to grow through M&A. “We’re going to be an acquirer," Halite Partners President and CMO Norm Cook said.

Liz Nesvold, the founder and managing partner of Silver Lane Advisors, said advisory firms don’t need a big war chest, but money set aside can’t hurt. Her boutique investment bank is one of the most active M&A advisors for investment management and securities firms, and she has personally advised on more than 150 transactions.

“It is wise to think through capital needs and how you’re going to finance activity,” she said. “You really do need your house in order before you can go out and make acquisitions.”

Roughly three out of every four calls to investment bank Echelon Partners are from RIAs seeking help with acquisitions, said Mike Wunderli, the managing director of the firm.

He said there are only two things keeping M&A activity from “exploding.” The majority of would-be buyers are still not qualified to execute a transaction, meaning they lack necessary financing, back office, technology platform or other business components to integrate another firm. Secondly, the number of sellers is limited because the independent space is still early in a growth cycle. Most firms are still in a growth rather than sell mindset.

The ability to borrow from banks to fund a quality acquisition in the space is “at an all-time high,” Wunderli said. He added that Echelon has been involved in deals in which the buyer qualified for a loan with attractive terms that covered 100 percent of the purchase price.

Like Nesvold, Wunderli said saving cash for acquisitions would be helpful but is not as necessary as firms might think.

Whether capital is in the form of cash, a line of credit with a bank, or equity debt from investors, it just needs to deployable. But a lot of other things need to fall into place for a deal to work.

“If you can’t make a reasonable and concise argument for the clients, then all you’re doing is a rollup,” Petersen said.