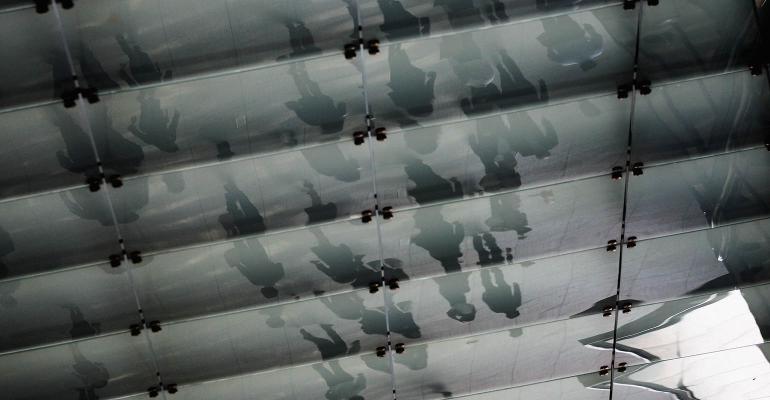 A Georgia court ruling states that the Broker Protocol doesn't absolve brokers of the duty to give advance notice before leaving.

By Neil Weinberg and Katherine Chiglinsky

(Bloomberg) --Financial advisers counting on an industry pact to switch jobs safely with clients in tow could run into obstacles after a ruling by a Georgia state court last week.

The decision, involving advisers who jumped to Morgan Stanley from Aprio Wealth Management LLC in 2014, holds that those who agree to give their employers advance notice before quitting aren’t absolved of that duty by the terms of the industry accord. It could complicate job changes for many U.S. brokers and registered investment advisers who work at firms that are members of the Protocol for Broker Recruiting.

“You can assume this decision’s going to be cited a lot, in Finra and in court,” said Dennis Concilla, an attorney who runs a website that tracks the protocol, referring to the Financial Industry Regulatory Authority.

The protocol was drafted by a group of large securities firms in 2004 to cut down on litigation costs and allow advisers to switch employers and bring clients along -- as long as they take only the clients’ names, addresses, phone numbers, email addresses and account titles. It has been widely regarded as offering safe passage to departing advisers who follow its guidelines.

But, in what appears to be the first case in the nation to address the matter, presiding judge Christopher McFadden of the Court of Appeals of the State of Georgia ruled on June 27 that “the protocol does not categorically invalidate notice provisions in employment agreements.”

While the state-court ruling applies only in Georgia, other courts and industry panels could refer to it in ruling on similar cases. State employment laws vary widely, with some, like California’s, severely limiting employers’ ability to enforce restrictive agreements.

Protocol members include both broker-dealers, which are required to bring disputes to Finra arbitrators, and registered investment advisers, which are regulated by the Securities and Exchange Commission and can take disputes to court. Concilla said he doubts Finra would enforce advance-notice provisions as the Georgia court did.

“We’re really pleased with the court-of-appeals ruling on this case,” Aprio Chief Executive Officer Richard Kopelman said. “We think it’s a very meaningful decision for small and midsize firms, especially for registered investment advisers that can feel confident they’ll be protected from poaching like happened to us.” The Georgia ruling represents the latest blow to the industry protocol, which has already been weakened over the past year. At its peak, it covered the vast majority of advisers and included all of the largest wirehouses. In recent months, however, Morgan Stanley, Citigroup Inc. and UBS Group AG have pulled out. That’s left Bank of America Corp.’s Merrill Lynch, Wells Fargo & Co. and about 1,700 smaller firms as protocol members. JPMorgan Chase & Co. has tested the limits of the pact.

Advance-notice provisions, sometimes referred to as garden leave, have become increasingly common in the money-management industry in recent years, according to Philip Aidikoff, a securities attorney in Beverly Hills, California. Employees who are held to such agreements often remain on the payroll (with so few duties they might as well spend their time gardening) but can’t begin building their new businesses.

“Firms realized that if a broker walks in July 1 and says, ‘I’m gone August 1,’ they can make a concerted effort to keep as much of his book of business as possible,” Aidikoff said.

The Georgia case involves four brokers who signed agreements saying they’d give Aprio, known at the time as HA&W Capital, either 60 or 90 days’ written notice before quitting. Instead, the advisers walked into the CEO’s office together at noon on a Friday in April 2014 and quit on the spot, according to Kopelman. By the end of the day, they had sent packages to virtually all of their former clients, encouraging them to transfer their accounts to Morgan Stanley, he added.

Evidence showed that Morgan Stanley assured the brokers the protocol would shield them from having to comply with their advanced-notice provisions, according to Cary Ichter, a lawyer who represented Aprio in the case.

“The brokers and support staff walked out the door together, leaving behind a group that didn’t even know who the customers are,” Ichter said.

In addition to its ruling on the advance-notice provisions, the Georgia appeals court vacated three breach-of-contract claims in the case and remanded them to a lower court for further consideration. The award of any damages will depend on the outcome of those claims and another against Morgan Stanley.