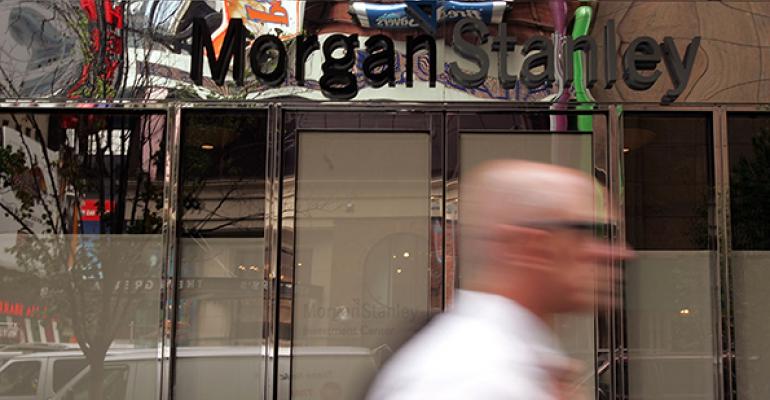 <p>Morgan Stanley, Bank of America Corp. and JPMorgan Chase &amp; Co., and other big Wall Street firms argued that it was time to move on after a bruising six-year lobbying battle on the Department of Labor&#39;s fiduciary rule.</p>
News>Industry

(Bloomberg) -- Some of the biggest Wall Street banks opposed an industry decision to sue the U.S. Labor Department over its new broker rules, exposing a fissure between the companies and their smaller competitors, people familiar with the matter said.

Debate over the high-profile litigation has roiled the Securities Industry and Financial Markets Association, one of several trade groups that sought to overturn the regulation in federal court in Dallas earlier this month. In a sign of the discontent, the association’s board held a vote on whether to join the case, a rare occurrence because it usually operates by consensus on such matters, the people said.

While the suit was ultimately approved with the strong backing of regional brokerage firms, tensions flared during conference calls and meetings leading up to the court filing, the people said. At one point, Wells Fargo & Co. threatened to quit the association, known as Sifma, if it joined the suit, the people said.

The dissenters, which also included Morgan Stanley, Bank of America Corp. and JPMorgan Chase & Co., argued that it was time to move on after a bruising six-year lobbying battle that the Obama administration won by portraying brokers as riven with conflicts that drive up costs for retirement savers. Rather than take another reputational hit by trying to overturn a rule billed as pro-consumer, the big firms said they preferred putting the effort into complying with it.

The Labor requirements, adopted in April, call for brokers to put clients’ interest first, an obligation known as fiduciary duty. The policy affects trillions of dollars held in Individual Retirement Accounts and 401(k) plans, and is likely to spur massive changes in how brokers and financial advisers interact with clients.

Until the lawsuit, banks, mutual funds and insurers presented a united front against the plan, contesting it on Capitol Hill and at the Labor Department. They argued that it would raise costs for savers, cause brokers to drop less-affluent clients and narrow investment choices.

In an interview, Kenneth Bentsen, Sifma’s president and chief executive officer, said he doesn’t comment on board deliberations. Still, he stressed that Wells Fargo never said the bank was considering resigning its membership if the suit went forward.

“They never said it in any board discussion on the matter, nor did they say so to me,” Bentsen said.

In a statement, Sifma said it followed a “standard procedure” in assessing whether to sue.

“Given the judgment of the board, particularly members with significant direct exposure, that the department acted inappropriately in crafting its rule that will cause harm to the retirement market, the board determined that it was necessary to challenge the rule,” the group said.

Sifma chose to hold a voice vote on the suit, so there was no official tally. Still, it was clear that the majority of members supported the move, the people said.

Spokesmen for JPMorgan, Morgan Stanley and Bank of America declined to comment. Wells Fargo declined to discuss specifics of the lawsuit debate, except to say in a statement that the bank “continues to have a strong relationship with Sifma” and other trade associations.

“We support a best interest standard and believe that professional financial advisers have a crucial role to play in encouraging retirement saving and investing,” Wells Fargo said in the statement. “Our firm has been an active advocate for our clients and financial advisers during the DOL’s rulemaking process, and we have a robust process in place for reviewing and implementing the final rule.”

Sifma counts hundreds of securities firms, banks and asset managers among its members. Their diversity of size and business model fueled the internal debate, the people said.

Representatives of some of the regional firms questioned whether the biggest banks were withholding support for the suit for competitive reasons. They noted that complying with all of the new rules will be much costlier for smaller firms and could put some of them out of business.

Such concerns led a number of the smaller brokers to form a new trade group earlier this year called the American Securities Association. Its agenda is partly to differentiate regional brokerages from their Wall Street counterparts.

The smaller firms also argued that the big banks opposed the suit because they have shifted many of their customers into accounts that charge based on assets -- a setup that already requires putting clients’ interests first.

Smaller firms are much more reliant on the typical brokerage account where investors pay a commission for trading. Labor’s fiduciary rule upends that practice, replacing a standard that lets brokers recommend products they deem suitable, a lesser requirement.

On the other side, many larger firms were pleased that Labor’s final regulation pushed back full compliance to January 2018, one of several ways the department offered concessions in response to industry concerns.

Another issue some big banks had with the lawsuit was the potential for it to damage financial advisers’ reputations, the people said.

President Barack Obama personally touted the new protections, and some firms were reluctant to participate in a case that could be spun by opponents as anti-investor. The industry, they noted, has yet to recover from the public perception that fat-cat bankers helped bring on the financial crisis eight years ago.

Not all of Sifma’s largest members took the same position on the case.

Goldman Sachs Group Inc., which hasn’t played much of a role in the fiduciary debate because the vast majority of its clients aren’t affected, stayed neutral. And some of the big banks that opposed the suit said they wouldn’t stand in the way of filing it, though most didn’t want to pay for it.

Some members said that splitting the legal costs may trigger another dust-up. Those bills, the people said, are estimated to be $1 million to $2 million, depending on whether there is an appeal.

The trade groups hired Eugene Scalia, a former top lawyer at the Labor Department who has a strong record of getting courts to strike down government regulations. He recently successfully argued that MetLife Inc. shouldn’t be subject to heightened Federal Reserve oversight, a case the government is appealing.