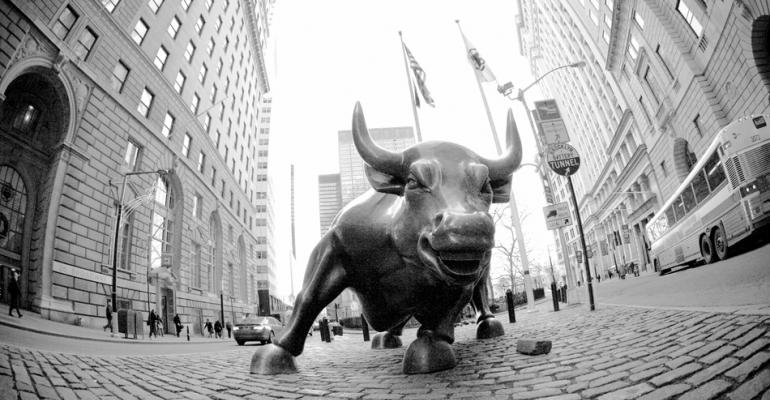 Dismissals at financial services firms, which have cut more than 800,000 workers since 2005, dropped to the slowest pace in more than a decade.

(Bloomberg) -- It’s the beginning of the end for major job cuts at U.S. banks, according to Challenger, Gray & Christmas Inc., a firm that advises many of them on workplace reductions.

Dismissals across the financial industry dropped to about 1,940 per month this year through October -- the slowest pace in more than a decade -- as banks and other firms finished reshaping themselves in the wake of the financial crisis, said John Challenger, head of the Chicago-based consulting firm.

And that was before Donald Trump’s surprise election to U.S. president this month sent shares of the nation’s lenders soaring on speculation he’ll dismantle regulation and boost long-term interest rates with inflationary spending. The stock rally may ease pressure to shave costs.

“We will still see layoffs, but they’re not the severe cuts that they were when they were forced to change their business premises and models,” Challenger said in a telephone interview. Banks don’t need “the same kind of bloodletting.”

Presidential Policies
Banks will still make smaller cuts in underperforming units or in areas where technology reduces the need for humans, Challenger said.

And a hiring boom may be about to end in one corner of the industry -- compliance departments. Days after last week’s vote, Trump’s transition team signaled that his administration will seek to roll back key pieces of the Dodd-Frank Act, a vast 2010 regulatory overhaul that sought to make the financial system safer. That, and stiffer enforcement, had pushed banks to build armies of internal watchdogs.

Trump’s policies “might very well cause banks to pull back on their hiring in that area,” Challenger said. “That’s a shift coming out of this election that was unexpected.”

One bright spot in recent months has been fixed-income sales and trading -- the Wall Street business of handling bonds, currencies and commodities that once drove epic profits before the crisis. That probably saved year-end bonuses for many of the industry’s best-paid employees, or at least headed off more firings.

“The companies have stabilized, their directions have been set, the workforces are in place,” Challenger said. “Wall Street has, in terms of where it stands, worked through the post-legislation and post-recession phase. We’re a long way from that.”