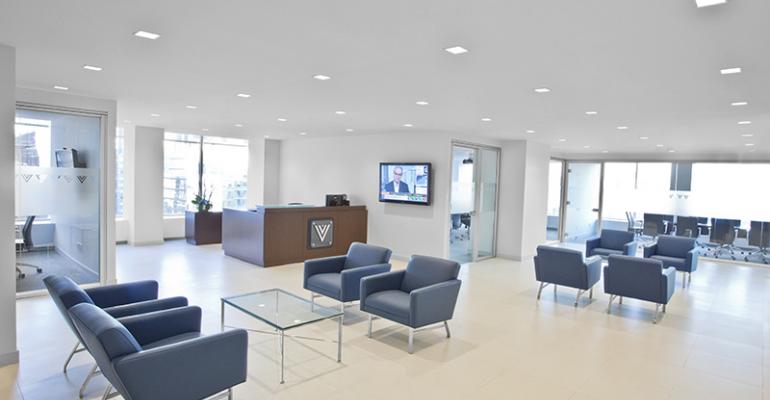 (Bloomberg) -- Long before Jacob Gottlieb was forced to unwind his Visium Asset Management last month amid insider trading allegations, red flags were emerging at the once $8 billion hedge fund.

In its early days, Visium employed Gottlieb’s younger brother as compliance chief, a potential conflict of interest. The founder at one point owned shares in a company that his hedge fund invested in. And in early 2013, Visium funneled money from its main healthcare fund to its struggling credit team just before their bond fund shut down.

Interviews with a dozen investors and former employees portray a company that was built on the cheap, with tight limits on compensation, and compliance that was at times lacking. Gottlieb, who had ambitions to build a firm rivaling the biggest hedge funds, all but shuttered Visium last month when the federal government accused three traders of securities fraud. While neither the company nor its founder were accused of wrongdoing, the allegations raise questions about oversight, said Tamar Frankel, a professor at Boston University School of Law.

“Investment advisers can’t say, ‘I didn’t see. I didn’t hear,”’ said Frankel, who specializes in fiduciary law. “As far as management is concerned, it’s their duty to know.”

Visium and Gottlieb declined to comment for this story, said Jonathan Gasthalter, a spokesman for the firm. When Visium first revealed in March it was being probed over the valuation of securities and trading in certain securities, the firm said it was cooperating and expected “only the highest ethical conduct from all our employees.”

Federal prosecutors on June 15 accused Sanjay Valvani, the star money manager who ran part of Visium’s flagship healthcare fund, with trading on confidential information from a former Food and Drug Administration official, going back as early as 2005. Five days after pleading not guilty, Valvani took his own life.

For an examination of insider trading and hedge funds, see QuickTake

The accusations effectively ended Gottlieb’s big plans for the firm he founded in 2005, and which is now in the process of returning client capital. The firm said yesterday it’s cutting 33 employees in New York, starting in October.

The Brooklyn-born manager told Institutional Investor four years ago that he was committed to running a "very high quality, high integrity firm" that would compete with large multi-strategy hedge funds, a step beyond the health-care fund that was Visium’s first offering. Clients bought into the expansion, and assets ballooned from $4 billion in 2013 to $8 billion this year.

Initially, Visium was more of a family affair, with Gottlieb’s relatives pitching in. His father, an accountant, had an office at the firm’s New York headquarters until 2010 and occasionally helped on financial matters in an unofficial capacity, according to people with knowledge of the arrangement who asked not to be identified without authorization to discuss the firm’s internal affairs.

Lumiere was hired in 2007, two years after his sister Alexandra became engaged to Gottlieb.

As recently as 2009, Gottlieb’s brother Mark was the head of compliance. His title appears as chief compliance officer in filings made to the Securities and Exchange Commission in every year between 2006 and 2009. He previously spent about two years as an analyst at UBS Group AG and a similar tenure at Balyasny Asset Management, where he worked with his brother. In between, he briefly held roles in business development at two tech start-ups. Mark Gottlieb remains a Visium partner and its chief administrative officer.

“Putting a relative in that role creates a potential conflict of interest and makes it more difficult for that person to be objective,” Brad Balter, head of Balter Capital Management, which invests clients’ money in hedge funds, said of the compliance post. “It’s indicative of a cultural problem.” Balter hasn’t invested with Visium.

Mark Gottlieb, who hasn’t been accused of any wrongdoing, declined to comment through Gasthalter.

In its complaint against Plaford, the SEC said Visium’s policies and procedures failed to prevent his misuse of material non-public information. At least between 2011 and 2013, the company had no measures to monitor employees’ communications with outside consultants and put the onus on employees to alert the legal department or compliance chief if they may had come into possession of inside information, the SEC said. The SEC also said in its complaint against Valvani that no one at Visium monitored his relationship with the consultant or “at a minimum, questioned the lawful nature of the information” he obtained.

Compliance departments have bulked up in recent years as a wave of scandals forced hedge funds to look harder for misbehavior by traders. Point72 Asset Management in 2014 hired former federal prosecutor Vincent Tortorella as chief compliance and surveillance officer. He created a new surveillance unit. The firm is the successor to Cohen’s hedge fund, SAC Capital Advisors, which pleaded guilty to securities fraud.

The cases against Plaford and Lumiere allege that mismarking securities was a regular practice at the company’s credit fund. From July 2011 to January 2013, the two men overrode an independent administrator’s valuations in their favor 284 times, according to the SEC’s complaint.

During that time, Visium may have been using its main fund to prop up the credit strategy, people with knowledge of the matter said.

Starting in late 2012, the firm reclassified some of the fund’s investments as illiquid and put them in a separate vehicle to sell them. Around that time, Visium’s main healthcare fund more than doubled its allocation to fixed income. While Visium told clients the shift was opportunistic, the people familiar with the matter said in interviews they believed the move was intended to buttress credit assets at a time when investors were redeeming from the team’s fund. By April, Visium announced the fund’s liquidation.

When news of the government’s probe first surfaced, Gottlieb emphasized his firm’s code of ethics. The company prohibited personal trading of stocks and bonds, for employees as well as their spouses and minor children, according to the June 2012 compliance manual and code of ethics. But in January 2014, a regulatory filing showed that Gottlieb directly owned 25,703 shares of Intercept Pharmaceuticals Inc., a company in which Visium also had a 5.2 percent stake.

Gottlieb had owned stock in Intercept since it was a private company, according to one person familiar with the matter. But employees interviewed for this article said they were angry at what they saw as a double standard, and at least one investor complained that Gottlieb owned stock in a company in which the fund also invested.

Visium staffers who worked there at the time recall another peculiar event in January 2015: Morgan Stanley abruptly rescinded Gottlieb’s invitation to attend the industry’s pre-eminent matchmaking confab, its annual conference at The Breakers hotel in Palm Beach, Florida.

Morgan Stanley told its employees it would no longer introduce potential clients to the hedge fund, the people said. The reason for the snub was never revealed and Morgan Stanley isn’t commenting. The bank’s asset management unit remained an investor in Visium’s main fund and Gottlieb spoke at the conference this year.

Former and current employees say Gottlieb was frugal to a fault. For most of its history, Visium money managers were paid an annual bonus of 8 percent to 10 percent of the profits they generated from investments, these people said. While rivals paid 15 percent to 20 percent, the firm told clients leaner payouts kept investor fees low.

Gottlieb drove a hard bargain in his private life, too. A dispute over a prenuptial agreement held up his marriage to Alexandra Lumiere, Stefan’s sister, for more than a year and a half, through the birth of their first child and until she became pregnant with the second, according to New York court documents. On 12 occasions, court documents show, Gottlieb made an offer, Lumiere agreed, and Gottlieb countered -- with something less.

The final agreement, which Lumiere signed against her lawyer’s advice, provided her with an apartment until her kids turn 18, and $300,000 plus interest for each year of their marriage, which fell apart in 2012. Court papers showed Gottlieb’s net worth at $188 million as of 2013.

Even now, Gottlieb is watching the purse strings. In announcing the liquidation of the Balanced Fund, Gottlieb told investors he would hold back 3 percent to 5 percent of assets in part to pay potential legal costs from the government cases.