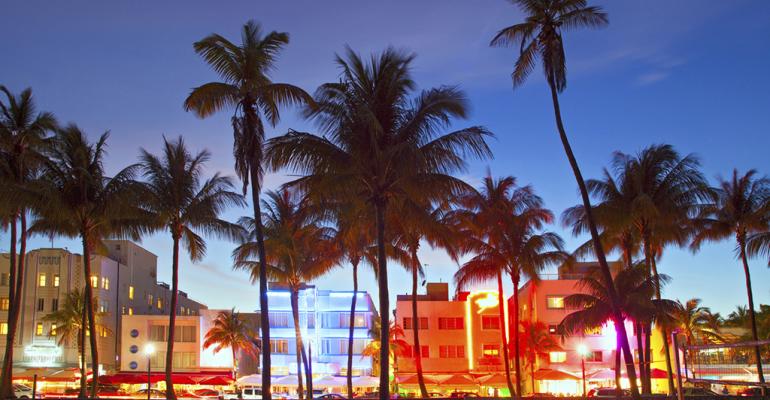 Miami has become a key hub for wealthy Latin Americans seeking to shelter assets from turmoil at home.

(Bloomberg) -- UBS Group AG plans to open a new office in Miami to work with Latin American wealth managers, part of a broader effort by the Swiss bank to expand its business in the U.S.

The office will start with six employees and offer services to boutique firms that don’t have the capabilities of a large private bank, said Stefano Veri, who heads UBS’s Financial Intermediaries business. UBS plans to hire as many as 10 employees in the first year for the effort, which is overseen by Mariana Gregori, he said.

“With the new hub UBS is tapping into potentially tens of billions of dollars managed by Latin American financial intermediaries booking assets in the U.S.,” Veri said.

The push comes as UBS’s wealth management business is going through a widespread revamp under co-heads Tom Naratil and Iqbal Khan, who have been tasked with re-energizing the bank’s most important unit. They’re seeking deepen relationships with clients and accelerate decision-making by empowering regional units in a restructuring that could cost some 500 jobs globally.

UBS already has a global wealth management office in Miami. The new office, first reported by Swiss online news service Finews, will focus on financial intermediaries, but it won’t target the domestic U.S. market for now.

Miami has become a key hub for wealthy Latin Americans seeking to shelter assets from turmoil at home, making it one of the fastest-growing recipients of offshore capital in the world. Cross-town rival Credit Suisse Group AG is considering opening a new base in Miami in a move that would mark a return to private banking in the U.S. after its exit in 2015, Bloomberg reported last year.

To contact the reporter on this story:
Marion Halftermeyer in Zurich at [email protected]