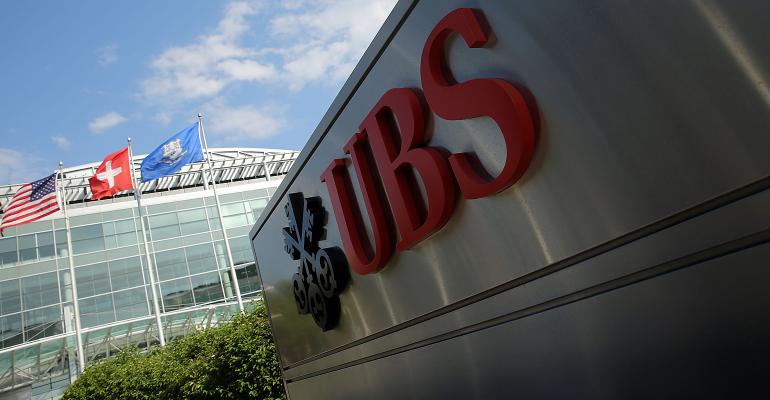 UBS posted disappointing earnings in its Americas wealth business in the second quarter.

UBS Global Wealth Management Americas, the Swiss bank's U.S. and Latin American wealth unit, like most of the wirehouses, was hard hit by the COVID-19 pandemic in the second quarter, which so far has spared only Morgan Stanley.

Revenues at UBS's American wealth unit fell $385 million sequentially and by $254 million year over year to $2 billion amid lower transactional fee-based income. Merrill Lynch and Wells Fargo, which boast triple and double the numbers of advisors in the U.S. as UBS, also saw revenues drop to $3.6 billion and $3.7 billion, respectively, during the quarter. All were overshadowed by Morgan Stanley's $4.6 billion in wealth management revenues, a rise of 6% annually and 16% sequentially.

Like all of the wirehouses, head count continued to shrink at UBS GWM Americas during the second quarter. UBS had a particularly tough quarter in terms of defections. After losing only 53 financial advisors in the first quarter, UBS saw 96 advisors depart between March and June, and 279 over the past 12 months, leaving it with 6,496 in the Americas total.

Nonetheless, advisors left Wells Fargo Advisors, the wealth unit of Wells Fargo & Co., in larger numbers over the past 12 months, with more than 500 departing, and 152 leaving in the second quarter, leaving it with 13,298, as the company continues to struggle with the fake account scandal that has plagued it since 2016.

Morgan Stanley appears to have become “the destination of choice” for financial advisors, as CEO James Gorman put it last week on the firm’s earnings call, at least over the past six months, as it lost only 32 advisors in the first quarter and 39 in the second quarter, despite losing 234 over the past 12 months.

Merrill Lynch, the wealth unit of Bank of America, saw its head count grow a bit during the first half of 2020, but its figure of 17,888 at the close of the second quarter is somewhat misleading, as it began counting lesser-trained financial associates as members of the Thundering Herd two quarters ago.

UBS officials, like their wirehouse rivals, dismissed the impact of their defections on profitability, noting that they are after “quality over quantity.” The American division’s $1.3 million average revenue production per advisor is still tops in the industry. Morgan Stanley’s advisors produced an average of $1.2 million for the quarter, while Bank of America generated on average just north of $1 million in annual production in the second quarter. Wells brought up the rear at a desultory $855 million.

AUM levels, which reflect valuations established at the beginning of the quarter, were $1.369 trillion, up $140 billion sequentially and $48 billion year over year at UBS. They also rose in similar fashion at two of the other wirehouses, with Morgan rising to $2.661 trillion and Merrill rising to $941 billion. Wells was the only one to drop slightly in AUM, coming in at $1.6 trillion.

Analysts were largely upbeat about the quarter.

Morgan Stanley analysts Magdalena Stoklosa and Izabel Dobreva called the quarter “resilient across the board” and have UBS rated at Equal-Weight.