These 15 U.S. Cities Have the Most Financial Services Jobs 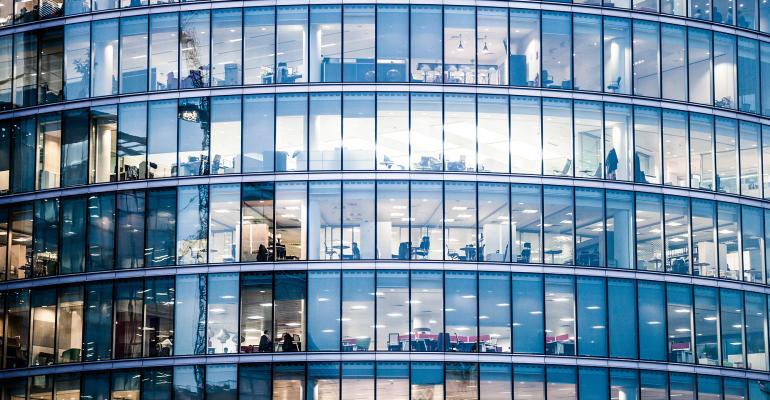 Start Slideshow ›
The most finance-heavy local economies are in the heartland.

(Bloomberg Opinion) -- There were 755,436 people working in financial activities in the New York metropolitan area last year, more than twice as many as in the next-biggest area for such jobs, metro Los Angeles. But this amounted to just 8% of New York-area jobs. There are other metropolitan areas where finance makes up a much larger share of employment than that.

So let's look at the data another way. What location quotient means, basically, is that in Bloomington, Ill., you’re almost four times as likely to encounter people who work in finance as in the country as a whole, and more than 2 1/2 times as likely to encounter them as in the nation’s financial capital. Which makes sense, given that the small Illinois city (2018 metro area population: 188,597) is the home base of insurance giant State Farm; Country Financial, another large insurance and financial group, is also headquartered there. A whopping 22% of the area’s jobs are in financial activities (nationwide, the percentage is 5.6%).

Big insurers explain a lot about these rankings: There’s Principal Financial Group Inc. in Des Moines (along with 80 other insurance and financial services companies); the Hartford Financial Services Group Inc., Cigna Corp. and Aetna (since late last year a subsidiary of CVS Health Corp.) in and around Hartford; Mutual of Omaha in Omaha; USAA in San Antonio. In Sioux Falls, the specialty is credit cards — Citibank famously moved its card operations to the city in 1981 to take advantage of new South Dakota laws that allowed it to charge higher interest rates, and both Citibank and Wells Fargo are now officially based there (their parent companies, Citigroup Inc. and Wells Fargo & Co., are not). The Phoenix, Jacksonville, Omaha, Tampa, San Antonio, Salt Lake City and Dallas areas also all house big financial-services back-office operations. Bridgeport-Stamford-Norwalk — aka Fairfield County, Connecticut — has insurance and investment banking but also a lot of hedge funds, which helps explain why it has the nation’s highest financial-sector average annual wage, at $244,083.

Just to round things out, Dubuque has the headquarters of Heartland Financial USA Inc., which owns community banks in 12 states; a Prudential Retirement call center; and a couple of local financial institutions. Birmingham is home to two sizable regional banks, Regions Financial Corp. and Banco Bilbao Vizcaya Argentaria SA subsidiary BBVA Compass. Oh, and New York has some financial institutions, too.

Financial activities as defined by the Bureau of Labor Statistics include real estate and rental and leasing, which doesn’t entirely square with what most of us think of as finance. But when I narrowed things down to finance and insurance, Des Moines and Sioux Falls disappeared from the statistics, as the BLS often suppresses local data “to protect the identity, or identifiable information, of cooperating employers.” And I hated the idea of leaving out Des Moines and Sioux Falls, as anyone would.

The point here, other than just taking advantage of the fun data that the BLS releases every three months from the Quarterly Census of Employment and Wages, is that while the standard picture of a U.S. financial sector concentrated in and around New York isn’t all wrong, there are other places around the U.S. that depend even more on financial services jobs to pay the bills.

To contact the editor responsible for this story:
Brooke Sample at [email protected]