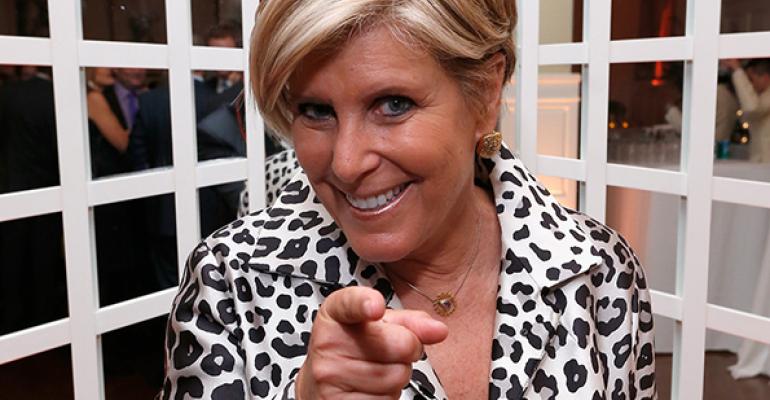 We are not just living in a digital age; we are being shaped by it. Since the advent of social media, our ability to consume information has dramatically increased, and alongside it, our desire to address it.

Specifically, Orman’s offensive reference to the South Side of Chicago and assumption that bootstrapping works unilaterally for minority populations completely missed the mark for socially conscience, racially diverse attendees. This mishap is a lesson worth noting for wealth managers who seek to expand their client base to younger generations who demand evidence of diversity, inclusion, equity and belonging in their financial engagements.

Many critics have panned the apology as another example of “cancel culture”; I think that lets everyone off the hook a bit too easily.

The Issue With Bootstrapping

Long considered a feather to put in your cap, the concept of bootstrapping—or making something out of what you have—is a noble feat; it is also a highly unequal one. For those that have a solid foundation (roof over their head, employed and engaged parents, food on the table), the starting point is not the same as those that struggle to secure the basics.

Romanticizing our past is not a new idea, but there is an implicit danger to feeding false narratives to attentive audiences. When Suze Orman referenced her upbringing in “the Hood,” I know many grimaced. As a white woman, her ghetto narrative rang much differently from a Black person’s experience.

To insinuate that the path to financial freedom is walked primarily through grit and perseverance negates the fundamental work that our profession is built upon. We KNOW the incredible wealth that access to information provides: how critical the transfer of generational wealth can be to giving kin a leg up; how understanding the principles of compound interest or addressing debt can be to our security.

And that was just the beginning.

The concept of putting oneself first is a white-centric mantra afforded only to those with two legs to stand on.

Nonwhite cultures don’t subscribe to this. For many first generation children of immigrants (or immigrants themselves), the desire to provide for their parents and grandparents, as well as aunts, uncles, cousins and more, is ingrained in them.

The #NASPA21 Twitter chat, which took place simultaneously, was rife with other examples, too. Brit Williams, an assistant professor of higher education at St. Cloud State University, shared, “I want us to really talk about wealth & money w/ a more nuanced intersectional lens. Money access matters. Earned money matters. Carrying the financial weight of generations of a family matters. Saying “put you 1st” is epistemologically at odds with many cultures.”

As financial planners, we must always be thinking through this critical lens: Our demographics are changing. To better serve our clients and our industry, we must get on board.

In a recent 2050 TrailBlazers podcast, Walter Booker, chief operating officer of MarketCounsel shared: “Wealth, itself, is getting more diverse: more female, more cultures, and younger. In fact, minorities already make up 42% of the entire population.”

So, what does this mean? I’ve seen firsthand how Gen Z and younger millennials are fed up with the current structure; they want and deserve more than what’s been handed to them by way of the boomer mindset.

Wonderfully, this shift is not either/or when it comes to your money; it’s both/and—What’s in your control and out of your control.

The sooner we crack this code, the better we’ll all be.

Words to Live By

We’ve all seen this maturation over the course of the last year in particular; many with family and friends ... within ourselves as well.

As a bestselling author on personal finance, contributing editor to O, The Oprah Magazine and the Costco Connection magazine, and television host, this particular financial guru should be well versed with how much the right words matter.

I think we can all agree: Suze Orman should know much better by now.

Lazetta Rainey Braxton is the founder/CEO of Lazetta & Associates and co-CEO at 2050 Wealth Partners.