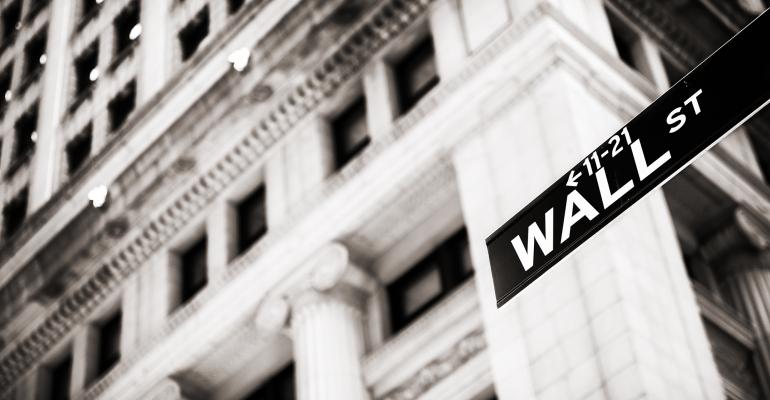 The deal marries S&P, one of the most famous names in financial markets, with a research company that supplies forecasts to most of the world’s biggest companies as well as pricing for bonds and credit default swaps.

(Bloomberg) -- S&P Global Inc. has agreed to buy IHS Markit Ltd. for about $39 billion in stock, a deal that accelerates the wave of consolidation among the finance industry’s biggest data providers.

S&P is offering 0.2838 share for each IHS Markit share, representing a premium of about a 4.7% to IHS Markit’s last close, according to a statement Monday. After the deal, S&P shareholders will own approximately 68% of the combined company, which will be led by S&P’s Chief Executive Officer Douglas Peterson.

The deal marries S&P, one of the most famous names in financial markets, with a research company that supplies forecasts to most of the world’s biggest companies as well as pricing for bonds and credit default swaps. The combination creates a challenger to the London Stock Exchange Group Plc, which last year agreed to acquire Refinitiv for $27 billion, as financial firms are locked in a race for scale to meet surging demand for data and analytics in increasingly computerized financial markets.

S&P is paying a hefty premium for the IHS business: The deal’s value translates to about 10 times revenue, more than double the comparable valuation that LSE paid for the Refinitiv business.

“This is a huge consolidation of financial databases and services,” said Gary Dugan, chief executive officer of the Global CIO Office, an investment firm in Singapore. “S&P probably gathered that expansion incrementally wouldn’t work and instead has gone for a major acquisition, which will deepen their product range and relevance.”

Bloomberg LP, the parent of Bloomberg News, competes with IHS Markit and S&P Global in providing financial analytics and information.

The transaction has an enterprise value of about $44 billion including S&P’s assumption of $4.8 billion in net debt. Lance Uggla, CEO of IHS Markit, will stay on as a special adviser to the company for one year after the deal is closed.

Shares of S&P Global and IHS Markit have more than tripled over the past five years, providing ample currency for deal-making. Peterson said on a conference call Monday that he approached Uggla in early fall.

The enterprise value translates into about 10 times IHS Markit’s revenue in the last full financial year and 28.2 times earnings before interest, taxes, depreciation and amortization, according to data compiled by Bloomberg. LSE’s deal for Refinitiv valued the target at about 4.7 times adjusted revenue and 13.1 times underlying Ebitda.

The deal would be the world’s second-largest acquisition of 2020, second only to the $56 billion set of transactions among China’s biggest oil and gas companies to sell their pipeline networks to a new national carrier, according to data compiled by Bloomberg.

The combined company is expected to result in annual costs savings of approximately $480 million a year, the statement said. Cost savings would include optimizing the real estate footprint, S&P Chief Financial Officer Ewout Steenbergen said on a conference call.

Markit was founded in a U.K. barn by Uggla, a Canadian who spotted an opportunity to provide pricing for the opaque world of credit default swaps just as trading of the derivatives was taking off in the early 2000s. Uggla built up the company through a breakneck series of acquisitions, culminating in the 2016 merger with IHS. A 2014 IPO of Markit valued it at about $4.5 billion. The company has more than 5,000 analysts, data scientists, financial experts and industry specialists.

Regulatory scrutiny could pose one risk for the tie-up, given the overlap between the firms’ data offerings, according to Craig A. Huber, founder of Huber Research Partners LLC. The LSE is still negotiating with European Union regulators over its deal for Refinitiv, with competition authorities expressing concerns over how some companies’ control of data can make them gatekeepers for an industry.

“Antitrust could be an issue since both are market data providers,” said Jin Rui Oh, director at United First Partners, an investment and advisory group that specializes in special situations. “That could be a little tricky.”