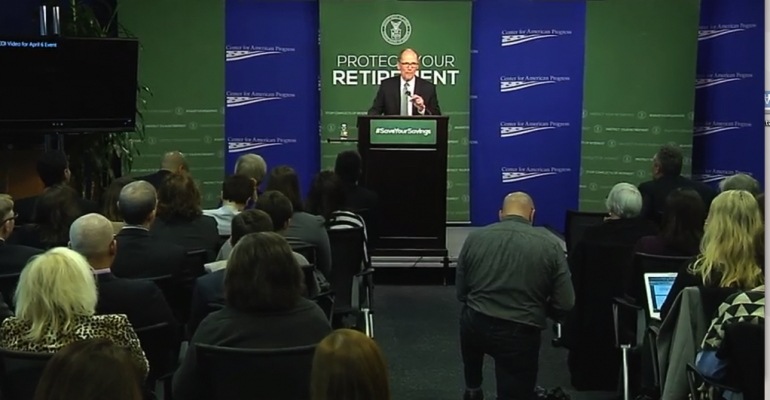 Everyone from legislators to individual financial advisors to concerned investors weighed in on the final Department of Labor fiduciary rule, which was released today.

The rule, which requires advisors overseeing retirement accounts to act under a fiduciary standard to put their clients’ interests ahead of their own, took six years to formalize. It elicited more than 400,000 public comments, including endorsements from the likes of U.S. Sens. Elizabeth Warren and Cory Booker.

Still, many in the financial advisory space have expressed reservations about the rule, namely due to the costs of being forced to comply with it and the effects of those costs on clients. The Labor department estimates the rule will generate up to $31.5 billion in compliance costs for the brokerage industry over the next decade.

Here is what some advisors, legislators, investors, firms and industry organizations had to say on social media about the new rule.