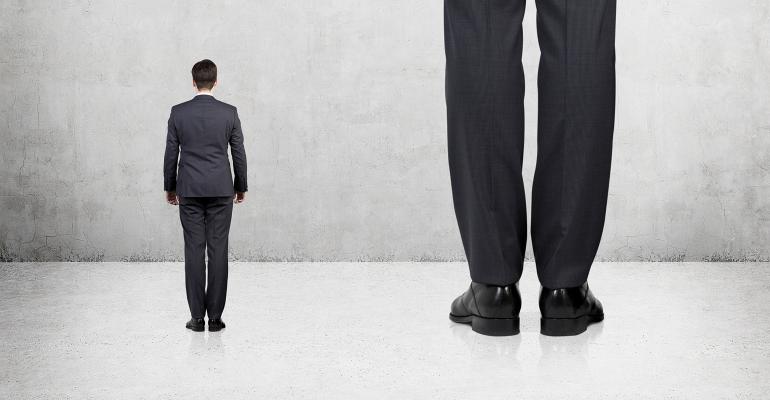 Vanguard and BlackRock aren’t squeezing out the smaller managers—the bad ones are weeding themselves out.

BlackRock and Vanguard, the world’s two largest money managers, are projected to manage a total of $20 trillion within the next decade, but sheer size doesn’t equate to success. In fact, asset managers of all sizes perform at the top and bottom of the industry, according to McKinsey’s latest Global Asset Management Survey released Wednesday.

In 2016, the top quartile of managers in North America grew revenue at 5 percent, above the 2 percent industry average, and had operating margins at or above historical highs. But when operating margin and revenue growth are plotted against one another, asset managers were spread all over the place. Firms experienced a wide range of success in one or both of those metrics, resulting in the difference in profitability between the top and bottom quartile managers to reach 42 percentage points, which the report authors called “remarkable.”

Not surprisingly, the larger asset managers seemed to have a five-point profit margin advantage over smaller firms (they benefit from their scale).

But manager performance seemed indifferent when it came to size. The survey showed that 43 percent of smaller asset managers (those with less than $50 billion AUM) were in the top quartile of performance, compared with 44 percent of the largest managers (firms with more than $1 trillion AUM). Since size is not a reliable predictor of success, McKinsey said it used more than 2,000 metrics to track and compare individual managers. The consulting firm determined the leading differentiator of top performers was above-average “product scale,” or the ability to offer one or more major asset classes or strategy areas and execute them.

Asset managers that failed tried to invest in areas where they lacked competitive expertise or tried to do many things at once, according to the McKinsey report. Those firms “lacked the conviction to invest in these businesses adequately or cull underperforming areas that diverted management attention and dragged on profitability.”

McKinsey expects consolidation to occur in asset management, but rather than mega deals aimed at improving the scalability, the consulting firm said there will be more large- and medium-sized deals targeted at adding capabilities.

The annual survey includes 2016 benchmarking data from more than 300 asset managers—100 of which are from North America and represent $30 trillion, or 80 percent of assets under management.