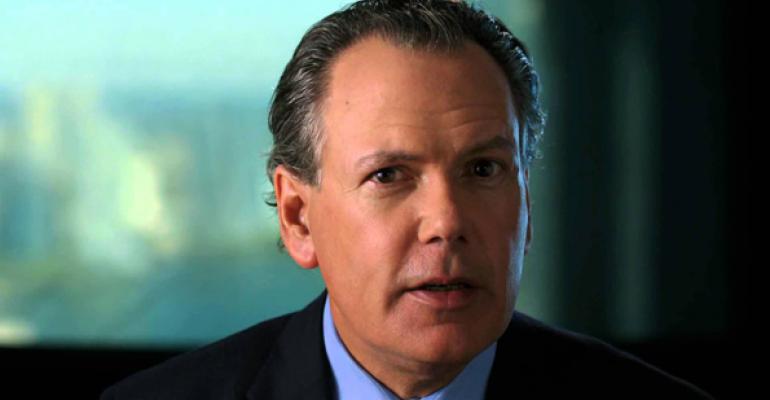 In its annual press briefing, the advocacy group said the U.S. should take a page from Europe, which recently conducted a review of its regulatory framework for financial services.

The Securities Industry and Financial Markets Association (SIFMA) has not changed its positions on the major regulatory issues facing the industry, such as the Dodd-Frank Act, the Department of Labor’s fiduciary rule and the Volcker Rule. Not much will change; the organization will continue to advocate on these issues under the new administration, just as it has done under President Barack Obama. But during its annual press briefing in New York, SIFMA President and CEO Kenneth Bentsen called for the new administration to review the regulatory framework for financial services, something Europe did last year.

In 2015, Jonathan Hill, the European Commissioner for Financial Stability, Financial Services and Capital Markets Union, launched a call for evidence, “where they went in to say, ‘Let’s look and see how all these rules are working. Are they working as intended? Are they working together? Are they in conflict with one another?’” Bentsen said.

“We’ve been saying the same thing in the U.S. for the last several years that it would be good for regulators to stop and take a look at where everything’s working and where it’s not,” he added. “We know, not just from what the industry’s said but what regulators themselves have said, where there are conflicts in rules.”

For example, the government has urged firms to push as many derivatives transactions to central clearing as possible, yet the supplemental leverage ratio penalizes firms for going to central clearing, in effect. That seems to be in direct conflict.

The U.S. has similar vehicles as the call for evidence, including a concept release or request for information, Bentsen said. In his conversations with European regulators, Bentsen said they’ve found the comments useful.

“There’s nothing that precludes a Treasury Department or individual regulators to put out such a request for information—they’ve done it in other areas over the years—and allow market participants, the public and others to comment. I think it’s something that would be quite beneficial, and I think would be quite detailed when you talk about the volume of various rules you might look at.”

The Department of Labor’s fiduciary rule is one regulation that has been top of mind for advisors lately, with its effective date of April 2017. Bentsen said SIFMA has not met with President-elect Donald Trump or his administration to discuss the rule. SIFMA believes the SEC, as the preeminent securities regulator, should be the one to implement a single fiduciary standard of care.

“It’s not optimal to have one legal standard for retirement accounts and a different standard for the investor’s other assets,” said Tim Scheve, chairman of SIFMA’s board and president and CEO of Janney Montgomery Scott.

“While innovation may have outpaced regulation before the crisis, we now have to consider, has that pendulum swung too far?” Scheve asked. “Are we getting too far away from maximizing the benefits of stable, well-functioning markets? We need to have regulatory balance, and we need to review the existing regulations to ensure they are working as they are intended and not creating unintended consequences that inhibit economic growth and capital formation.”

SIFMA’s membership represents 80 percent of broker/dealer client assets, half of investment advisor assets under management and 70 percent of U.S. financial advisors. There are currently a total of 3,876 b/ds in the industry, down from 3,957 at the end of last year. And there are a total of 647,000 registered representatives, of whom 380,000 are client-facing with about $16 trillion in assets.