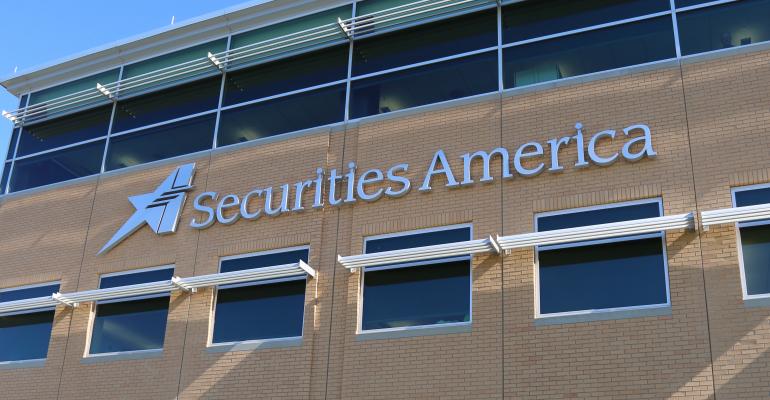 Two advisor groups overseeing an aggregate of $3.5 billion in client assets have agreed to join Securities America, as the broker/dealer continues to collect advisors otherwise destined for LPL Financial after one of last year’s biggest deals.

LPL agreed in August to purchase National Planning Holdings, another IBD with 3,200 advisors managing $105 billion in reportable assets, from Jackson National Life Insurance Company. During its fourth quarter earnings call, LPL said, after a second wave of transitions in the first quarter of this year, it will retain 65 to 70 percent, or $70 to $75 billion, of National Planning Holdings’ assets as expected.

Among those groups not transitioning to LPL is Bay View Capital Advisory Group, a “super” office of supervisory jurisdiction, which has 35 member advisors along the East Coast and advise on a total of $2 billion in client assets. Mike Rees, president of Bay View Capital Advisory Group, said in a statement that it takes “a special broker-dealer to understand what independence means to us. We run as a single unit–collaboratively.”

David Blaydes, founder and CEO of RPI Financial Life Planners, which is affiliated with Bay View Capital Advisory Group, said he liked that Securities America leadership had unified goals for the firm. For instance, Securities America helps broker groups with recruiting: The firm meets with each branch manager annually to come up with a growth plan.

Brenda Wille-Cope and Gary Stirk don’t have an official name for the $1.5 billion OSJ they “co-manage” and will also become part of Securities America. Wille-Cope oversees the Colorado, Washington and Arizona branches and Stirk oversees the New York branches.

Like other OSJs that have left NPH since the sale to LPL, Wille-Cope said concerns about LPL’s size were part of the reason her OSJ chose to find another b/d.

“We didn’t want to get lost in a crowd of 18,000 advisors. That would’ve been total culture shock,” Wille-Cope said in a statement. “We also didn’t want to affiliate with a small broker-dealer that would become part of yet another acquisition.”

In November, Securities America snagged three OSJs from NPH in as many weeks after the sale to LPL was announced. Shortly after, it also added an all-woman hybrid advisor group based in California overseeing almost $450 million.