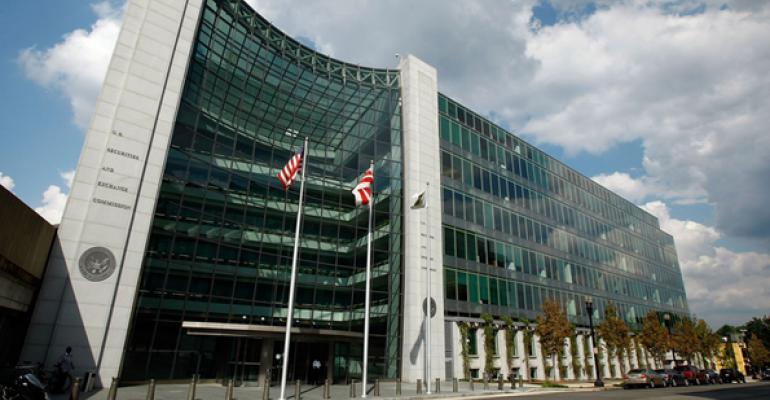 SEC JOBS Act Rule: Be Ready For Headaches, And Opportunities

Startups May Love The SEC's Move to End Ad Ban, But Advisors Should be Cautious

Hedge funds, startups and other companies offering private placements are finally free to advertise to the general public after the SEC adopted a critical portion of the JOBS Act Wednesday.  But while venture capitalists and RIAs may see golden opportunities, brokers and even mutual funds may have less to cheer about.

In a 4-to-1 vote, the regulator adopted section 201(a) of JOBS Act, overturning 80-year-old rules banning the general solicitation on private offerings. And while that means companies are now allowed to use advertising to raise unlimited amounts of capital the accredited investor stipulation remains in place.

Under rule 506/Regulation D, only investors with over $1 million in investable assets or $200,000 in annual income for the previous two years ($300,000 for joint income) are considered "sophisticated" and eligible for accreditation.

To verify that investors meet the requirements, private placement issuers have two options under Wednesday’s adopted rule. They can either review federal-tax documents to check an investor’s income or have a registered broker, investment adviser, licensed attorney or CPA confirm clients’ income and overall net worth.

Yet it’s not a fail-safe by any means, as Commissioner Luis Aguilar noted at Wednesday’s meeting. “The record is clear that general solicitation will make fraud easier by allowing fraudsters to cast a wider net for victims,” Aguilar said. State securities regulators also panned the move, with NASAA President A. Heath Abshure noted that the SEC’s approval, before implementing safeguards “needlessly puts investors in harm’s way.”

And yet, most clients probably won’t realize either the risks or the eligibility requirements when they’re watching hedge fund ads in between Doritos and beer commercials during next year’s Superbowl, says April Rudin, founder of wealth consultancy the Rudin Group.

Instead, advisors should expect to be inundated with general calls about these investment opportunities, says Howard Groedel, chair of the securities regulatory compliance group at the Cleveland-based law firm of Ulmer & Berne LLP. “These are advertisements, they’re going to pop up for everybody,” he says. And it will be advisors’ job to tell clients they’re not eligible, or if they are, what they’re getting into.

“Clients will definitely see these ads and will want to discuss them,” agrees financial advisor Charles Parks, president and CEO of C.F. Parks & Co. Wealth Management. But that may be a good thing and, he says, may be a good "relationship-building" opportunity. “When they find out how complicated many of these instruments are (and most with limited liquidity), they will gladly turn over the due diligence and decision making process,” he says.

The SEC’s adoption of the rule is also likely to create challenges, especially for brokers. Advisors within the wirehouses or larger brokerage firms may have their hands tied as many firms have strict guidelines in place regarding what types of investment products are approved, Groedel says.

“This is a big opportunity for independents,” says CFP-certified financial advisor Jeremy S. Office, who runs Florida-based firm Macleldon Wealth Management. “There are few… out there that are qualified to speak in detail about early stage businesses—how to value them, risks, what to look for in deal structure, etc.,” he says.

And speaking of other investment products—already established products like mutual funds still have to play by the old rules, which could turn into a distinct disadvantage in trying to appeal to wealthier clients. "SEC-registered mutual funds appear to be the big losers today, as their advertisements are strictly regulated by SEC rules, and hedge funds will now be able to compete for investors by advertising without restrictions under new SEC Rule 506c," Groedel says.

In the bleakest scenario, companies offering private placements may also eat into commissions. “If companies can bypass a broker-dealer, they will,” Groedel says. “The intent is to streamline the fund raising process and one way to do that is to pull out the placement agent.”

Rudin recommends wealth managers need to proactively make investors aware of the changes.  “Send a newsletter, have an event with an attorney,” she says. Make it an opportunity to educate clients before they are flooded with both advertisements and questions.