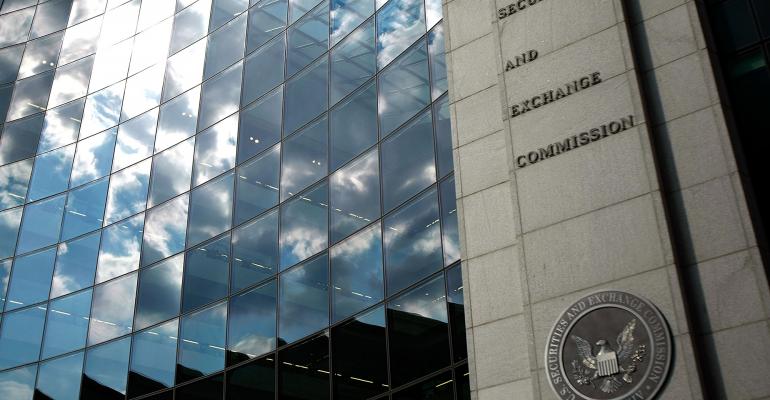 The individuals charged unlawfully sold more than $350 million of its unregistered securities to 4,400 investors.

The Securities and Exchange Commission has charged 13 more individuals related to a $1.2 billion Ponzi scheme the regulator shut down last year.

Woodbridge Group of Companies filed for bankruptcy in December 2017 after the SEC froze the assets in its unregistered funds and charged owner Robert Shapiro for defrauding more than 8,400 investors. In August, the SEC also charged five unregistered brokers for selling more than $243 million in unregistered Woodridge funds to more than 1,600 retail investors.

The latest round of 13 defendants, from 10 different companies, are accused of the same. In aggregate, they allegedly sold more than $350 million of unregistered securities to more than 4,400 investors. The group also included Jordan Goodman, a self-described “media influencer,” who touted Woodbridge without disclosing that he was paid to do so, the SEC said.

Goodman settled the SEC’s charges without admitting or denying the allegations and agreed to pay a $2.29 million fine, plus prejudgment interest of $315,850 and a $100,000 penalty. He will also be barred from the industry and trading penny stocks.

Barry Kornfeld, Ferne Kornfeld and Albert Klager, who were among those charged in August, also settled with the SEC without admitting or denying the allegations and agreed to being barred from the industry and trading penny stocks. The Kornfelds agreed to return assets totaling $3.69 million plus $690,497 in prejudgment interest and $650,000 in penalties. Klager agreed to pay back $1.36 million, $278,908 in prejudgment interest and a $100,000 penalty.

"The SEC has now charged a total of 18 of Woodbridge’s highest-earning unregistered sales agents who sold more than $400 million of its securities to retail investors,” said Eric Bustillo, director of the SEC’s Miami Regional Office. “Our continuing investigation of Woodbridge seeks to hold those who aided this massive fraud accountable and to return funds to harmed investors.”