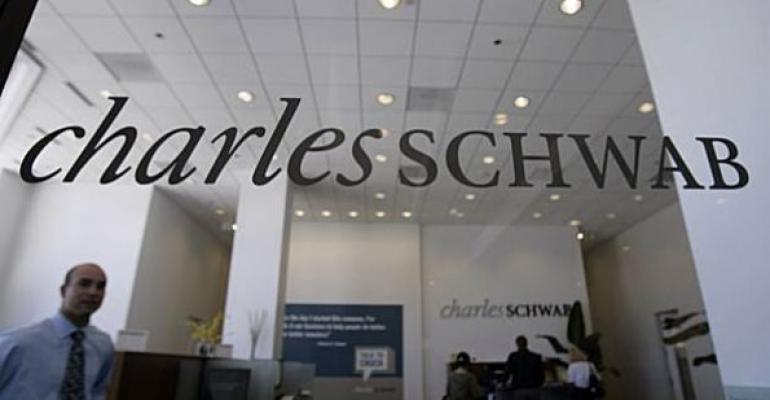 Schwab Advisor Services released its own data on industry transactions on Thursday, agreeing with the finding of some reports that 2016 was a record year for mergers and acquisitions for registered investment advisors.

Looking just at transactions involving high-net-worth and endowment-focused RIAs with assets under management exceeding $50 million, 94 deals were made last year, up 12 percent from 84 deals made in 2015. Schwab’s data was consistent with an earlier report from Echelon Partners, which found a 10 percent increase over 2015 by looking at a larger data set of deals.

“We see the results from 2016 as more evident of the growth trajectory of the independent advisory model,” said Jon Beatty, Schwab’s senior vice president of sales and relationship management. “Vibrant M&A activity is critical for an industry that’s growing.”

Total transaction value reached $136 billion, a 17 percent increase from 2015. Average annual deal size also increased 5 percent in 2016 to $1.44 billion, thanks to 28 transactions involving firms with more than $1 billion in assets. However, the report runs counter to data released from Fidelity Clearing & Custody Solutions, which found that M&A activity actually decreased in 2016 when looking at firms with between $100 million and $20 billion AUM.

Beatty said the Schwab report is focused on the “high-level story,” which he said is the fact that sellers prefer like-minded buyers when making a deal. Forty-one percent of buyers were fellow RIA firms, and another 29 percent were strategic acquirers building large RIAs. Beatty added that this shows aging advisors and succession planning aren’t the only drivers of M&A activity; firms are looking to improve capabilities. “Firms are looking for scale and efficiency in the marketplace,” Beatty said. “It’s a strategy we see more firms striving towards—the ability to grow the number of investors they serve. The demographics story is painted as consolidation. We see this as a growth story.”

Beatty added that the discrepancy could also be caused by the fact that Schwab tracks advisors from other parts of the financial services industry that enter the space via transaction. Advisors going independent as well as legacy RIAs selling firms to other firms are also driving the accelerating M&A pace.

He also believes the current pace of about 20 deals per quarter is likely to continue into the future.

“You don’t hear us use the word consolidation,” Beatty said. “We believe the number of RIA firms is going to grow. For every one that combines, a new one is created. [Advisors] are finding a way to be more competitive.”