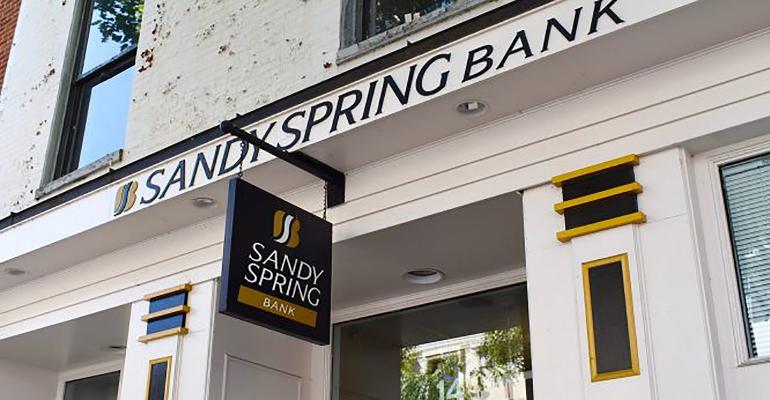 Sandy Spring Bancorp, a community bank with some 50 branches in the Mid-Atlantic area, will acquire fee-only RIA Rembert Pendleton Jackson.

Sandy Spring Bancorp will acquire fee-only advisory Rembert Pendleton Jackson. The company announced Wednesday it had reached an agreement to bring RPJ, an investment and advisory firm in Falls Church, Va., into the company’s fold in the first quarter of 2020. Raymond James’ Silver Lane Advisors will oversee the transaction.

Sandy Spring Bancorp, headquartered in Olney, Md., is the holding company for Sandy Spring Bank, which is the largest community bank in the Washington, D.C., area. The bank has over 50 locations throughout Northern Virginia, Maryland and Washington, D.C. It offers insurance through the Sandy Spring Insurance Corporation and wealth management services through the bank and West Financial Services Inc., which has over $1 billion in assets under management.

Sandy Spring is currently not disclosing how much the acquisition will cost but called it a "strategic" move. The registered investment advisor is meant to shore up Sandy Spring’s wealth management division, according to the release. Lou Caceres, the executive vice president of Sandy Spring Bank, said in a statement that the acquisition helps the firm expand its offerings and increase the bank’s presence in the surrounding D.C. area.

RPJ will continue to operate under the name Rembert Pendleton Jackson, and RPJ’s senior leadership and its advisors will continue to work directly with their clients. RPJ’s principal, financial planner Charles E. Rembert, will become the president of RPJ and report to Caceres at the Sandy Spring Bank in Olney.