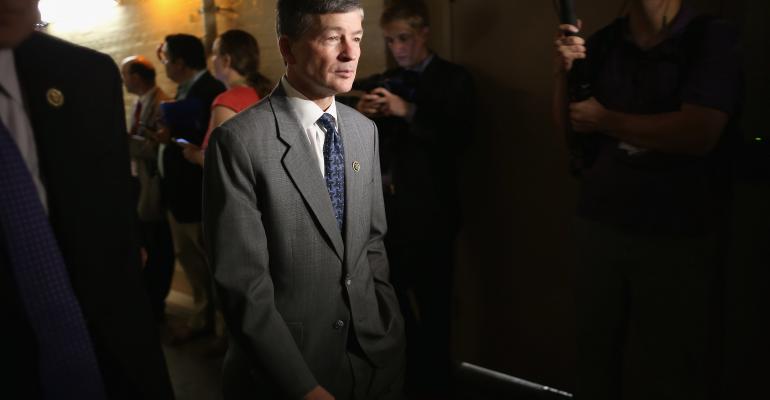 Texas Rep. Jeb Hensarling, on a rumored short list of candidates for Treasury Secretary, said he would work with President-elect Donald Trump to kill the Department of Labor's fiduciary rule.

“Altogether, the rule is going to impact about $3 trillion of hardworking Americans’ retirement assets. It will make access to financial advice more costly and less available to millions of lower and middle-income workers—and no one in Congress voted for it,” he said in a speech at the Exchequer Club in Washington D.C. Nov. 16. "The Trump Administration, working with our Republican majority in Congress, should make sure this harmful bureaucratic rule does not go into effect as planned in just five months."

Hensarling has been a vocal opponent of the DOL rule throughout its revision process, likening it to “Obamacare for your IRA and 401(k),” and takes issue with the fact that government officials not elected by the American people were able to issue such an impactful regulation.

Regardless of whether or not Hensarling is given a job in Trump’s cabinet, the Republican Congressman will wield considerable power come January. He currently serves as the chairman of the Financial Services Committee in a Congress that is soon to be controlled by the GOP, under a Republican president.

Hensarling mentioned the DOL rule in his speech as an example of the “rise of agency government” and advocated for several proposals proffered by the Financial Services Committee, including the FORM (Fed Oversight Reform and Modernization) Act, which calls for oversight of the Federal Reserve; the PATH (Protecting Americans from Tax Hikes) Act, which impacts the housing finance system; and the Financial CHOICE (Creating Hope and Opportunity for Investors, Consumers and Entrepreneurs) Act, which Hensarling wants to replace the Dodd-Frank Act.