“Periods of extreme market volatility—like that of the past several weeks—have historically been a drag on investor satisfaction.” That's from a prepared statement from the J.D. Power 2020 U.S. Full-Service Investor Satisfaction Study, released this week.

The 2020 survey, based on “responses from 4,532 investors who make some or all of their investment decisions with a financial advisor,” was fielded from November 2019 through January 2020, before the long bull market suddenly turned to bear.

According to the survey, investors were happier than ever with their advisors heading into late February and March's market drop, giving full-service wealth management firms a rating of 850 (on a 1,000-point scale), up 15 points from 2019 and the highest level ever recorded in the study’s 18-year history. The biggest single driver of the increase was satisfaction with investment performance.

Here is the complete ranking of full-service wealth management firms. 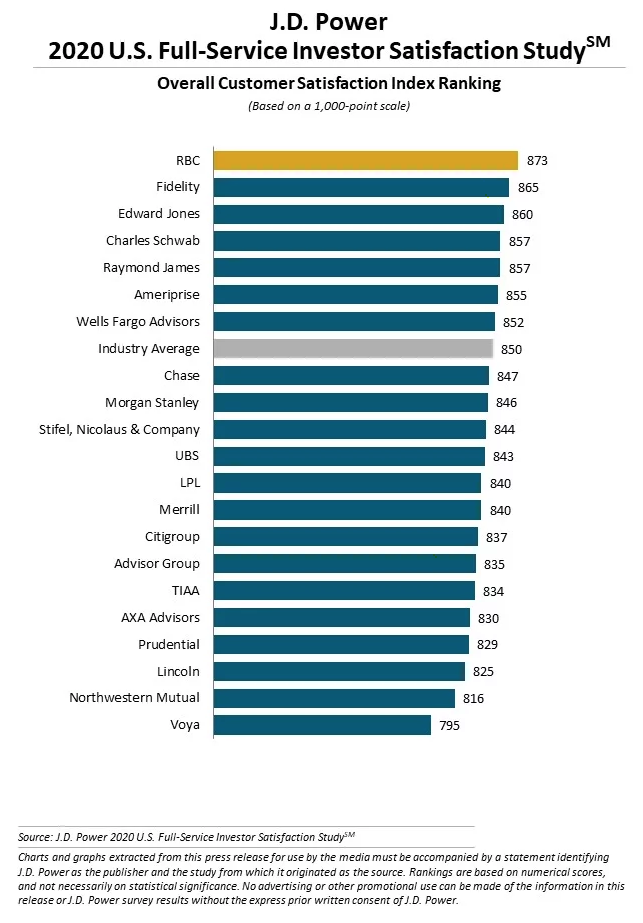