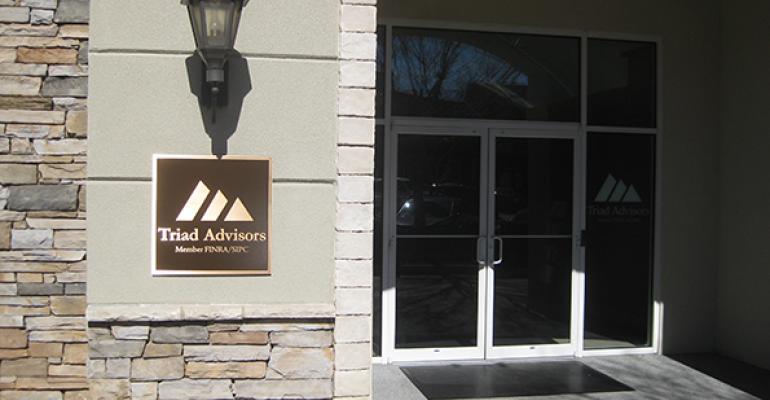 The move by the Boston-based firm overseeing $750 million in client assets was “years in the making.”

The dually registered, or “hybrid,” Boston-based firm primarily offers financial planning and investment management to pre-retirees and high-net-worth individuals, according to a statement about the move.

Since its founding in 2009, Pinnacle Private Wealth’s fee-based and brokerage assets have inched toward the $1 billion mark and Triad Advisors will be able to support its continued growth—one of the most attractive aspects of the firm, said Nathan Stibbs, Triad’s executive vice president and chief strategy officer.

“Their model is ideally positioned to capitalize on many of the trends in the marketplace,” Stibbs said. “They are positioning their business model to where the industry is headed.”

The so-called independent channel of the wealth management industry is one many describe as fragmented. Unlike other industries, there is a short list of large firms and thousands of smaller ones without the scale to offer advisors or clients some services. Firms that are growing and have established the ability to scale are the ones that Stibbs said Triad is interested in partnering with.

In addition to its organic growth, Pinnacle has grown inorganically, adding both fee-based and commission-based advisors to its multi-custodial platform, and still has “tremendous growth potential,” Stibbs said.

“This was a deal that was many years in the making. It requires significant mutual due diligence,” Stibbs said. “We wanted to make sure that we have the right alignment in place.”

Stibbs said Triad was having another successful year in terms of recruiting advisors but could not share details, citing its ownership by Ladenburg Thalmann Financial Services,a publicly traded company.