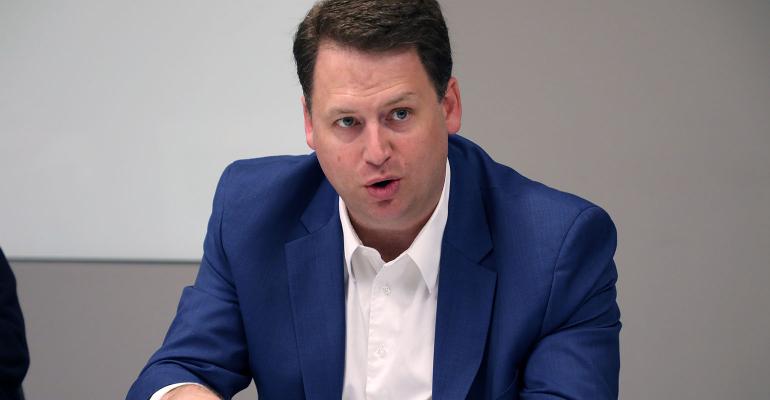 Shirl Penney grew Dynasty Financial Partners to help liberate financial advisory teams from the conflicted shackles of Wall Street’s banks and investment houses. Earlier this year, the firm itself moved away from the city of legacy finance, relocating its headquarters from Manhattan to St. Petersburg, Fla., for, he says, that city’s pool of young talent, a growing presence of other independent financial services firms and a better lifestyle for employees.

During a recent gathering to talk about the move, he reiterated his belief that just as registered investment advisors were breaking free of one set of conflicted corporate owners, many were making the mistake of going into the arms of another: private equity investors that have discovered the RIA space and are placing big bets on independent firms.

“Advisors who want to operate as fiduciaries need to be really careful about how they answer the question of who they work for. They work for their client, right? Which is what a fiduciary advisor would want to certainly feel like that they do. Or do they work for private equity, [which is] designed to make a profit for the underlying investor,” he said. “There’s clearly a significant, significant conflict that exists in that type of structure.”

Rick Dennen, CEO of Oak Street Funding, a provider of capital to RIAs, said, “I think Dynasty is in for a profit as well—the last I checked they were not a 501c3. We’re all in this for a profit.”

Dennen, whose firm was owned by New York private equity firm Angelo Gordon from 2010 to 2015 before it was sold to First Financial Bank, added that the PE firm simply sought “growth in your enterprise value. I think that Dynasty wants the same thing with their company.”

He added that even though the private equity firms, who have their own limited partners to answer to, look for leverage that will give them the highest return on equity, “there are some good players in the space. They have the expertise and the experience to understand the different variables that cause problems to occur.”

He went on to say that Angelo Gordon was “very experienced in the financial services space. They gave us the financial wherewithal to grow, invest in people and marketing. They gave us expertise in corporate governance, a good discipline to have, and once we gained their confidence, we had a very powerful, robust relationship that worked well. There are plenty of stories where PE gets engaged with a company and for some reason or other the company doesn’t perform well, and the PE has to take action—that’s where there’s big problems and bad press.”

According to Manhattan Beach, Calif.-based investment bank Echelon Partners, which tracks merger and acquisition activity in the RIA space, private equity firms investing in the wealth management industry rose from 34 in 2017 to 48 in 2018 and will reach an estimated 80 this year based on annualized figures. In addition, 61% of the over $20 billion in RIA deals in 2018 and 2019—and 7 of the top 10 deals during that period—were made by private equity players. PE firms were responsible for almost all of the deals over $1 billion in assets under management, the firm reports.

In some of those instances, ownership is passing from one private equity firm to another, but the trend is clear. Credit also the fact that money is cheap, and rising equity markets make the often-fractured industry of financial advice providers look particularly appealing.

Part of the caution over private equity owners is the managers’ relatively short-term investment horizons, which can cause some pain in the operating companies that may be pressured to operate toward maximizing a liquidity event rather than creating a sustainable, long-term home for a business.

Focus Financial Partners CEO Rudy Adolf has also taken aim at the “temporary capital” provided by PE players acquiring RIA firms. Before his firm went public in July 2018, Focus’ majority investors were private equity firms KKR and Stone Point Capital. “You may get private equity involved, which really ultimately means significant loss of control,” he told analysts during the firm’s recent corporate earnings call. “Private equity per definition is temporary capital ... so in other words, this thing will be on the block again, which particularly in the ultra-high-net-worth base's market is very unattractive."

Dennen, whose firm lends to the insurance industry as well, said the PE boom was reminiscent of what that industry went through earlier in the decade. “The timing may be different as to how long the cycle may be, but frankly the same things are happening. The impact of PE coming into these markets is going to cause consolidation and growth and demand for transactions, which is good for sellers.”

But is it good for clients? John Langston, whose firm Republic Capital Group provides investment banking services to RIAs and grew out of two large RIAs that were owned by private equity firms, thinks so. “At the end of the day every RIA is being managed to create a profit for someone. If you’re going solely on the supposition that an owner’s morality is greater than a PE manager’s, we should remember that a PE entity is a fund structure that is typically a regulated vehicle” under the supervision not only of a board of advisors but also the SEC.

“There is no question,” he said, “that PE is focused on profits, but the level of accountability they have is far greater than an RIA owner would have. Contrast that with a family office that has no oversight” attached to it, he said. “The patriarch could wake up one day and decide the RIA is not doing what he wants it to do, drive into the office and make major changes.”

Large PE firms also have to make economic decisions based on preserving their reputations for growing successful companies, he said. “I was involved with a global PE firm that had investments that didn’t go well. Three founders of the firm stepped in and wrote checks so that the investors” were taken care of, he added. “People overlook this whole level of accountability that exists for PE firms.”

Langston added that “more market participants are good for the market because they provide more liquidity and price discovery,” he noted. “Say you’re pricing an RIA for sale. Well, part of the process is to go out to the market to see what people are willing to pay, and you get bids and more perspective about what the investment universe thinks of your company. Discovering what the market will pay sometimes is helpful—sometimes they are higher, sometimes lower—there is no universal outcome.”