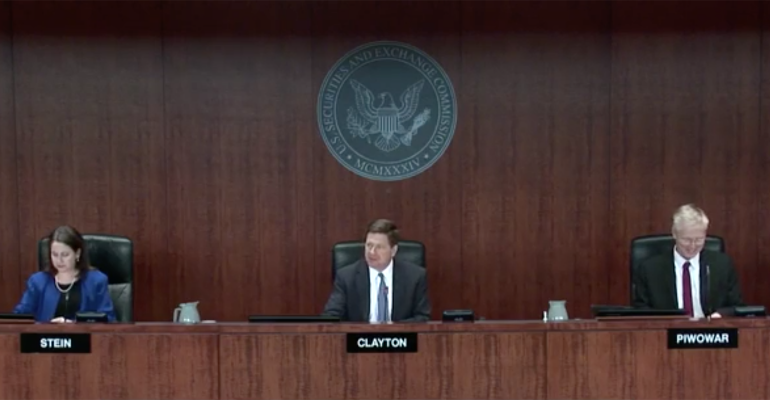 Opinion: “Fiduciary”—An Attitude, Not a Law

Both the DOL and the SEC turned a concept that is simple enough to be captured in a fortune cookie into an indecipherable instruction manual. It’s time to re-simplify what a fiduciary is.

If you’re waiting for the Department of Labor and the Securities and Exchange Commission to tell you what it means to be a fiduciary, you’ll probably never be a good one. Those who truly put clients’ interests before their own do so because they believe in their hearts it’s the right way to treat clients, not because the law tells them to.

I started my career as a lawyer in Washington, D.C. working at a small firm run by four senior partners who took their fiduciary duties to clients very seriously. (Lawyers are fiduciaries, too, under the Canons of Ethics and under traditional common law.)

They were excellent role models. Client interests always came first. The partners never consulted the Canons or case law to see how close they could get to the line. It was understood they would stand in our clients’ shoes and use their expertise to do what was best for them. It was an attitude that came from within, not an obligation imposed from without.

Registered investment advisors have lived under a general fiduciary duty, derived from traditional common law, for many decades. The specifics of this fiduciary duty were not written into the Investment Advisers Act of 1940. They were read into the Advisers Act by the Supreme Court in 1963 in SEC v. Capital Gains Research Bureau, Inc.

Most RIAs have no trouble fulfilling their fiduciary duties even though there’s no clear statutory road map that tells them how. They understand and have internalized the spirit embodied in their fiduciary obligations, just as the four partners at my old law firm did.

The Employee Retirement Income Security Act of 1974 did contain a definition of the standards applicable to retirement plan fiduciaries. They were a little broader than the common law standards incorporated into the Advisers Act by the Supreme Court, but were still relatively concise and captured the same spirit—act prudently on behalf of plan participants and put their interests before your own.

As our industry evolved, brokers who provided advice to clients and plan participants, for the most part, were not treated as fiduciaries under the Adviser Act or ERISA. Instead, they were subject to a suitability standard that allowed them to sell high-fee and proprietary products to clients. A White House study estimated the excess cost to clients at $17 billion annually.

Both the DOL and the SEC recognized that this had to change. The cost to hard-working Americans was too high and investors were confused about the differing duties owed to them by RIAs and brokers. Plus, RIAs and plan fiduciaries were unfairly held to a higher standard than brokers, even though they provided functionally equivalent services in the eyes of investors.

Rather than simply imposing the fiduciary standards under the Advisers Act and ERISA on brokers, the DOL and SEC took a different path. Both drafted 1,000-page monstrosities purporting to define and explain new obligations that brokers had to their clients. The DOL called its gargantuan creation a “conflict of interest” rule. The SEC called its behemoth a “best interest” rule. The DOL’s version was killed by courts and lobbyists. The SEC’s is still pending.

Neither the DOL nor SEC rules imposed a true fiduciary standard on brokers. It doesn’t take 1,000 pages to describe how to be a fiduciary. Rather, the agencies promulgated an elaborate set of requirements designed to elevate the standard of care applicable to brokers who provide advice, while minimizing disruption to their business model. In the process, more became less.

They smothered the soul of the fiduciary standard in a profusion of pronouncements, provisos and weasel words. Their mountainous offerings of verbiage failed to provide true fiduciary protection to investors, created an indefensible dual standard for RIAs and brokers, and disrupted the brokerage business model anyway. As an unintended consequence, they effectively transferred responsibility for compliance from the people who provide advice to their compliance departments, since no human can internalize 1,000 pages of mouse print.

Being a fiduciary is simple. It requires adopting a servant mentality and acting as the vigilant protector of your clients. This is the fiduciary principle that is embodied in the Advisers Act. Diluting it by weaving mercantile practices into the fiduciary fabric is a mistake. It undermines investor protection and creates confusion. It turns a concept that is simple enough to be captured in a fortune cookie into an indecipherable instruction manual.

It may be too late for the DOL rule, but the SEC should simply impose the existing Advisers Act fiduciary standard on anyone who provides financial advice to clients. That would protect investors, create a level playing field for all advisers and eliminate investor confusion. Brokers who provide pure brokerage services could continue to do so without being subject to the fiduciary standard, provided they don’t use misleading titles to suggest they are advice-givers.

Come on commissioners. When your family members go looking for financial advice, don’t you want them protected by a real fiduciary standard? Toss the faux fiduciary folderol contained in the current proposed rule and give the American people a righteous fiduciary standard. Wall Street will survive. Its denizens are more resilient than cockroaches. They survived May Day, Glass-Steagall and Dodd-Frank, and today are more profitable and powerful than ever before.

Providing advice to clients is a privilege. Those who adopt a fiduciary attitude and conduct themselves in accordance with the time-tested duties of care and loyalty should be granted that privilege. Those who would use the smoke-screen of legalism to infuse the practices of the marketplace into the adviser-client relationship should not.

Scott MacKillop is CEO of First Ascent Asset Management, a Denver-based firm that provides investment management services to financial advisors and their clients. He is a 40-year veteran of the financial services industry and an ambassador for the Institute of the Fiduciary Standard. He can be reached at [email protected]