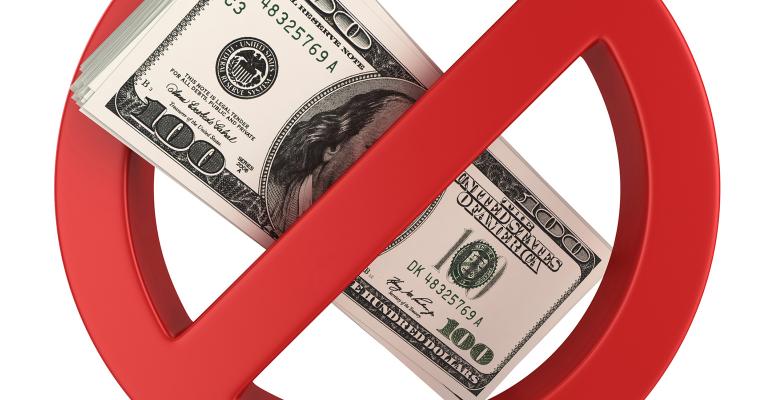 A complete ban on advisor commissions would create a more honest and transparent free market, one that would put market forces to work for consumers, rather than Wall Street, argues Benjamin P. Edwards, a professor at Barry University School of Law. In a recent opinion piece in The Washington Post, Edwards urges the Trump administration not to kill the Department of Labor’s fiduciary rule, saying that a market free of regulation breeds manipulation and exploitation of ill-informed market participants. “Specifically, financial advisers regularly receive fat kickbacks for steering trusting clients into expensive, actively managed mutual funds,” Edwards writes. Banning commissions would not cause advisors to dump smaller accounts, as some industry advocates argue. Edwards points to a study indicating that commission-compensated advisors deliver lower-quality asset allocations than the portfolios people would create on their own. “Republicans concerned about excessive regulation and red tape should embrace a clean ban on commission compensation. It might not make investing great again, but it would at least make it fairer for the little guy.”

Taking on the Debts of Their Children More parents are taking on their children's college debt, and they're borrowing money to afford it, reports Forbes. On average, parents pay back $21,000 in college-related debt for their kids, and from 1995 to 2015, the number of borrowers for Parent Loans for Undergraduate Students (PLUS) increased 56 percent, with the amount borrowed jumping from $3.6 billion to $12 billion. “While it is admirable for parents to sacrifice to help their children pay for college, parents need to be careful to avoid overborrowing,” said Mark Kantrowitz, publisher and vice president of strategy for college search and scholarship site Cappex.com. "Just as students should borrow no more than their annual starting salary, parents should borrow no more for all their children than their annual income.” A new Department of Labor ruling has opened the door for some cities to launch city-backed private-sector retirement-savings programs, according to a report from the Gotham Gazette. New York, Philadelphia and Seattle, the three cities that expressed interest in creating such a program, will be allowed to do so under the new ruling, which goes into affect in January 2017 and will allow "a limited number of cities and other political subdivisions" to create IRA programs. Criteria outlined by the DOL must be met in order to be granted federal approval.