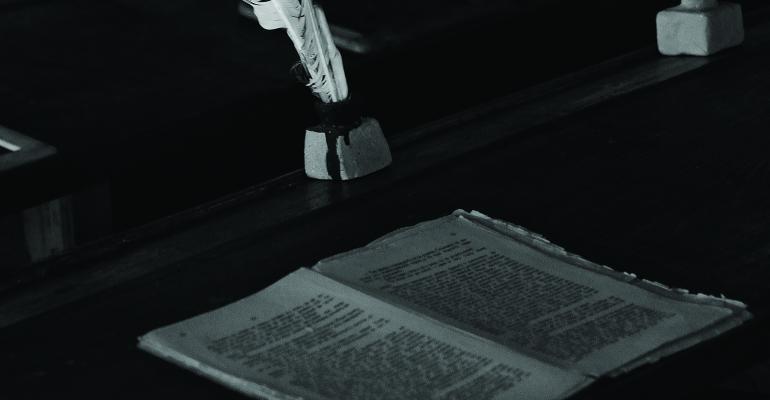 While FINRA considers revamps to its Series 7 exam, some say the tests are outdated barometers of competency in an industry that has changed.

Financial advisor exams vary in their requirements and the type of content they include, but for any individual looking to work in a brokerage firm or sell investments, the Series 7 exam, administered by the Financial Industry Regulatory Authority (FINRA), is the mandatory gateway.

It’s six hours long and has 250 multiple-choice questions on topics like opening accounts, order entry, delivery obligations and settlement procedures around executed trades. Much of the exam is also focused on legal competency in seeking business for the broker/dealer, describing securities, conducting seminars and lectures with customers, and gauging an investor’s “financial situation and needs” and “investment objectives.”

It sounds complete, but is this exam keeping up with what advisors actually do, and with what clients expect of them? Is the content still relevant to the modern financial advisor as an accurate barometer of competency? And as a gateway to an industry struggling to find talent, do the onerous conditions around the exam help or hinder the promotion of the retail-facing financial services industry?

“Series exams are minimum-standard exams to affirm you’re capable of selling a securities product,” says Michael Kitces, industry blogger at Nerd’s Eye View and co-founder of the XY Planning Network. “They literally have no relationship whatsoever to your ability to give financial advice. They don’t actually teach anything about financial advice.

“It’s kind of like saying everybody who does financial planning today got a high school diploma. Does that mean high school teaches you how to be a financial advisor? Not really.”

Yet a lot of Series 7 brokers—particularly registered reps at the national firms—consider themselves to be and are considered by their clients to be financial advisors. According to REP.’s annual Broker Report Card, 98 percent of advisors at the national firms hold a Series 7 license, compared to 1 percent with a Certified Private Wealth Advisor designation, 2 percent with a Certified Financial Analyst designation, and 3 percent who are Certified Public Accountants.

The Exams Have Evolved

David Snyder, executive vice president at the Securities Training Corporation, which provides training materials for the Series exams, argues that the exams have evolved, pointing to FINRA’s adding continuing education requirements several years ago and evaluating the overlapping content in a lot of the exams in its recent proposal to restructure the exam process.

“The outline continues to be modified as the job responsibilities have changed and as the sales practices have changed,” Snyder says. “Whether it’s indexed annuities one year that didn’t exist at one time, whether limited partnerships are very popular versus are they there today.”

Indeed some of the national brokerage firms also recognize the issue with the exam’s singular focus, and are voluntarily putting in additional programs and certification structures to ensure advisors are equally competent in the planning part of the job as they are on the investment side. Merrill Lynch, for instance, has a training track for new recruits dedicated to financial planning, where advisors on teams look to add individuals who either have a Certified Financial Planning (CFP) designation (considered a mark of expertise in financial planning, but not a requirement to enter the industry) or will have one by the end of the program.

Wirehouse advisors indicate that, on average, half of their clients receive comprehensive financial plans, the highest among all advisor channels, according to industry research firm Cerulli Associates. Advisors at the wirehouses expect to expand that to 64 percent of their clients, on average, within the next three years.

The number of wirehouse brokers with a CFP is trending up. In 1990, only 12.5 percent of survey respondents to REP.’s Broker Report Card held the CFP designation, compared to 21 percent in this year’s survey. Meanwhile, in 2014, FINRA administered 43,000 Series 7 exams. While the regulator refused to provide figures for previous years, most industry observers believe the number has been on a steep decline.

That may be one reason why FINRA recently took steps to attract a wider pool of potential brokers. Currently, anyone looking to take the Series 7 needs to have a FINRA-member sponsoring firm. But Wall Street’s self-regulator has proposed a new “general knowledge” exam, similar in content to the Series 7 but shorter, less rigorous and without the requirement of a member firm sponsorship.

The new exam, if passed, would be valid for up to four years, giving individuals time to find a job. Once they join a firm, they’d be required to take a more specialized exam correlated to their particular role, such as Investment Company and Variable Contracts Products Representative, General Securities Representative, Equity Trader, or Investment Banking Representative. In the event of a job change, they would not have to retake the general exam, just the specialized test associated with that position. Those exams would still expire after two years.

The regulator is currently reviewing comments and plans to roll out the general knowledge exam, or the Securities Industry Essentials examination (SIE), in the fourth quarter of 2016.

FINRA and industry stakeholders believe the proposed structure will eliminate duplicative testing and increase the candidate pool of people interested in financial services.

“[The new test] gives you the ability to say, ‘I’m really interested in this,’ or not, and the second benefit is that firms like Edward Jones or Morgan or Wells or Merrill get a candidate that’s already pretty much self-identified that they would like to pursue an opportunity in this profession,” says John Rahal, general partner responsible for financial advisor talent acquisition at Edward Jones. “So hopefully the success rate of financial advisors in this industry would increase.”

Most national firms give registrants a finite number of chances to pass the Series 7, Rahal says. Edward Jones typically allows trainees to take it twice, depending on their score the first time.

Yet some firms opposed the plan. N.I.S. Financial Services, which offers mutual funds, said the changes would limit the number of reps coming into the industry, and simply “protect entrenched interests of firms.”

PFS Investments said the new structure could create a barrier to entry for people coming into the industry if the transition is not managed right. In particular, FINRA should consider lower examination fees, same-day testing for the SIE and other exams, shorter waiting periods between attempts to take a test, pass rate information, a reduction in test questions and a delayed implementation of the changes until 2017.

Lisa Roth, president at Monahan & Roth, doesn’t believe individuals should be able to take the exam without working for a member firm. “The Rules of Conduct do not address restrictions on how an individual might hold him or herself out to the public after passing the examination,” she wrote.

FSI expressed a similar concern, arguing that bad actors could use the SIE as a way to defraud investors. The group recommends creating a surveillance program to combat this.

Even with the proposed change, some critics say the new exam is still far too engaged in the details of rules like net capital, margin, order and quote display, and doesn’t seem to have kept up with the kinds of technology advisors actually use.

After all, order entry itself is largely programmed on most trading platforms so the computer won’t even execute a trade if it’s in violation of the rules, says Tim Welsh, principal of Nexus Strategy in Larkspur, Calif.  Rather, advisors need to understand such concepts as the tax implications of Roth IRA rollovers, Social Security claiming strategies and required minimum distribution rules, Welsh says.

“I took my Series 7 twenty years ago, and it was so focused on very specific issues, like margin levels and options strategies—very technical securities trading kind of stuff that pretty much now is all managed by the computer,” says Welsh, adding that the tests have not changed that dramatically in content over that time. “That doesn’t really matter to the end client. What matters to the end client is, ‘Will I reach my goal or not? Don’t tell me about this one individual trade where I violated my capital requirements or my margin call’s up.’

“That’s just traders, and that part of the world has really diminished,” he says.