/sites/all/themes/penton_subtheme_wealthmanagement/images/logos/footer.png
Recent
Recent
Bracing for Like-Kind Exchange Reform
Aug 04, 2022
11 Must Reads for the CRE Industry Today (Aug. 5, 2022)
Aug 04, 2022
Some Institutional Investors Are Pulling Out of the Industrial Sector. Here’s Why.
Aug 04, 2022
Airbnb Falls as Summer Bookings Boom Undercut by High Expectations
Aug 04, 2022
Featured
The 10 Best and 10 Worst States in Which to Retire in 2021
Jul 15, 2021
Poll: 15 Classic Books on Investing and the Markets
Apr 03, 2020
Fifteen Must-Listen Business Podcasts for Advisors
Aug 14, 2020
Celebrity Estates: Jay Leno and Planning for Classic Car Collections
Feb 22, 2022
DOL Fiduciary Rule
brought to you by 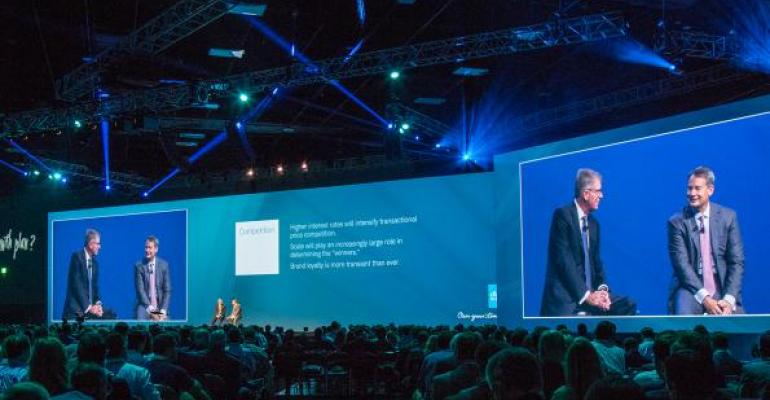 The New Challenge for RIAs: To Re-Differentiate Themselves

Twenty years ago, registered investment advisors could capitalize on being fiduciaries; that was their differentiating factor. Unlike those advisors at the wirehouses, RIAs had to serve their clients’ best interests.

But that differentiating factor has diminished, said Walt Bettinger, president and CEO of The Charles Schwab Corporation, to a room of some 2,000 advisors at Schwab’s IMPACT conference in San Diego on Tuesday morning. The challenge for RIAs over the next 20 years is to re-differentiate themselves from those brokers trying to emulate their success.

Wirehouse advisors have striven to look like RIAs as much as possible, Bettinger said. Merrill Lynch, for example, just recently announced plans to end commissions in retirement accounts, in light of the Department of Labor’s conflict of interest rule. As traditional firms shift towards a fee model, that industry will look a lot like this one, and RIAs can no longer depend on that as a differentiator.

In addition, meaningful growth in the RIA industry will be driven by market share gain, he added. There isn’t the same level of new wealth being generated than in the past, due to slower economic growth, modest market returns and low interest rates. So advisors will have to win business from others in order to grow.

And there’s a big opportunity to do so: $23 trillion of household assets are outside of the independent space, Bettinger said.

Further, investment management is becoming a smaller part of the equation in value-add to clients, said Bernie Clark, executive vice president and head of Schwab Advisor Services. Relationships and planning, rather than outperformance will fuel success for RIAs. Firms can differentiate themselves by focusing on estate planning, which will become more important for aging clients, taxes, legal services, and career and family planning. “Nothing is off the table,” Clark said.

The industry has seen the commoditization of asset allocation via technology, but the real value of an advisor is the relationship and trust they have built with their clients, Bettinger added. An advisor’s role—rather than a strategist—is to serve as a psychologist for clients as they navigate the ups and downs of the markets.

Pricing pressure will also intensify, especially on transactions. But the industry was already headed towards the fee model; the DOL was just the nudge to get us there faster, Bettinger said. “The trajectory we’re on is already set.”

He doesn’t believe the DOL rule will result in large market share change. But large firms—those that get much of their revenue from expensive products like annuities and non-traded REITs—will be pressured from a revenue standpoint. And their salespeople will also be pressured from a compensation perspective.