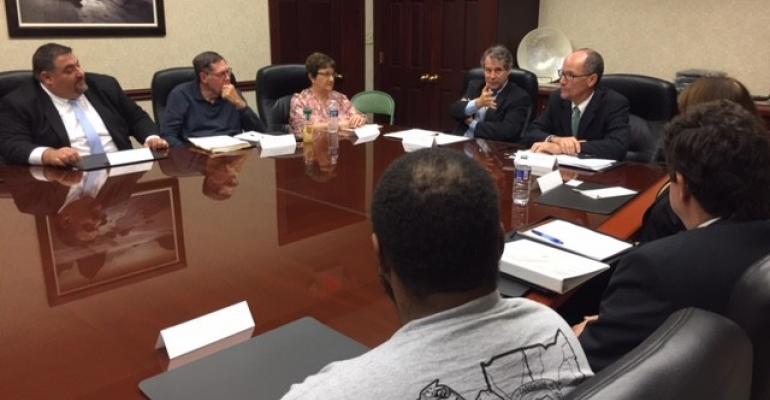 Democratic Sen. Sherrod Brown, joined by Dept. of Labor Sec. Thomas Perez, said Monday he would propose a new bill to close a loophole in the tax code that allows employers to treat full-time workers as independent contractors and avoid paying insurance or withholding payroll tax.

While intended to curb abuses in industries that frequently use independent contractors, like construction, janitorial services and agriculture, Brown's bill will retain a stipulation that prevents the Internal Revenue Service from retroactively reclassifying independent reps of broker/dealers, as long as there is a reasonable basis for their employment status.

There have been numerous attempts at closing the independent contractor loopholes, some of which failed to include a long-standing exception for securities firms.

Industry trade group the Financial Services Institute has sought to maintain the protections for independent broker/dealers, arguing if they were forced to reclassify independent representatives as full-time employees the costs would “cripple” firms’ profitability, and wipe out the "sweat equity" advisors put into building their own businesses.

Under the current system, the IRS applies a 20-part test to determine if an individual is an employee or an independent contractor; among other things, the agency looks to see if these workers consistently answer to a supervisor. While advisors generally pass the test, the FSI said there was lingering uncertainty because of state and federal mandates that they operate under supervisors for compliance reasons.