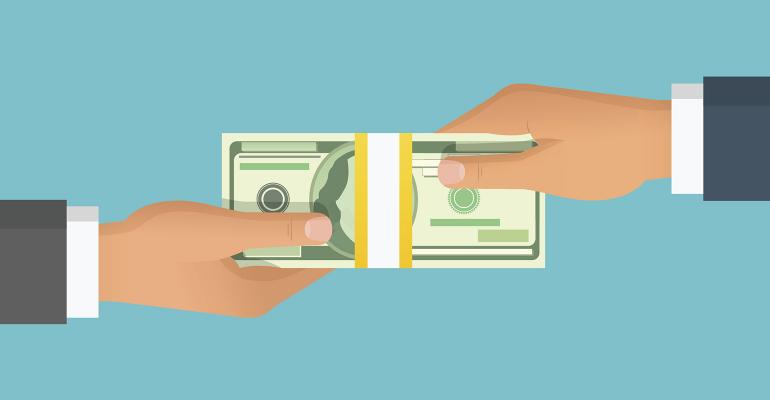 Nearly $9 Trillion Will Change Hands by 2030 in North America

Wealth managers need to prepare themselves to transfer trillions in assets in less than two decades, according to a new report.

Globally, more than half a million high-net-worth individuals will be transferring trillions of dollars in wealth by 2030, according to a report by Wealth-X, an average $28.2 million by each of these individuals. The report noted that $8.8 trillion, the majority of the total $15.4 trillion wealth transfer, will take place in North America across 360,000 individuals, representing an important time of transition for the wealth management industry. The U.S. is home to the world’s largest population of individuals who will be transferring their wealth by 2030, noted the report.

The opportunities for assistance from wealth management professionals are varied, noted the report, from guiding the sale of businesses and property, to setting up foundations or donating art collections. “Many wealthy individuals are likely to be party to, or considering, the transfer of substantial wealth for the first time,” the report continued. “[C]eding some control or planning for this eventuality is not always easy.”

Those assisting the wealthy should approach the task as an ongoing process, not a one-off endeavor, the report recommends. Instead of waiting to transfer assets after death, more wealthy individuals are transferring their wealth while they’re still living and need guidance in the process. “This is sometimes done to empower or gradually prepare the next generation by giving them limited amounts of wealth to oversee. At other times it is for practical, logistical or tax-planning reasons,” the report noted.

The first group to be inheriting these assets will be Gen-X, followed by millennials; both are more digitally savvy than the generation transferring its wealth and demand that those assisting them are also digitally literate. “They ask us to interact virtually; they want to be empowered via immediate access and smart tools,” said Rolf Bauer, head of family solutions Switzerland at Credit Suisse. “They want a more active role in the service they are engaged with, and more information.”

Those inheriting a piece of the $15.4 trillion that will be transferred also tend to “place greater importance on feeling some connection with their investments and to seek meaning in the way they use their wealth,” according to the report. Investors are paying increased attention to environmental, social and governance (ESG) factors, a trend that’s getting the attention of wealth managers.

“The ESG sector was something very few of our clients were interested in a handful of years ago,” said Scott Hasley, managing director and head of BlackRock’s U.S. and Canada family office business. “While it remains a relatively small asset class, it is growing extremely rapidly. Today, I would estimate that 80% of our clients are directly investing in equity, fixed income and/or alternative ESG solutions, or exploring the asset class in earnest.”

The report concludes with some common sense suggestions, including broaching the topic of wealth transfer earlier, rather than later, and taking a long-term approach to the transfer. There’s also a note of caution, with an observation that the generations inheriting the trillions being passed on will likely have different priorities than those parting with their riches. “In order to remain relevant,” write the report’s authors, “providers to the wealthy need to ensure that their offerings, services and values connect with this next generation of wealthy individuals (some of whom are already affluent in their own right).”