Unlike its wirehouse competitors, Morgan Stanley added to its head count in the third quarter of the year, amidst the COVID-19 pandemic.

Morgan Stanley reported Thursday its second-straight quarter of solid earnings, with profits of $2.7 billion, or $1.66 per share, down 15% from last quarter’s chart-topping performance but still up 25% year over year.

It's obvious from the earnings and recent moves by Gorman that Morgan Stanley is in growth mode. The wirehouse closed on its acquisition of discount brokerage E*Trade earlier this month and last week announced plans to buy asset manager Eaton Vance.

It also, for the first time in 18 months, announced a net gain in its advisor head count. The firm added 70 advisors over the past quarter and now stands at 15,469, shy of the 15,759 brokers it had shortly before it announced it was leaving the Protocol for Broker Recruiting in November 2017 but the opposite of the other wirehouses, which reported head count losses in the third quarter. 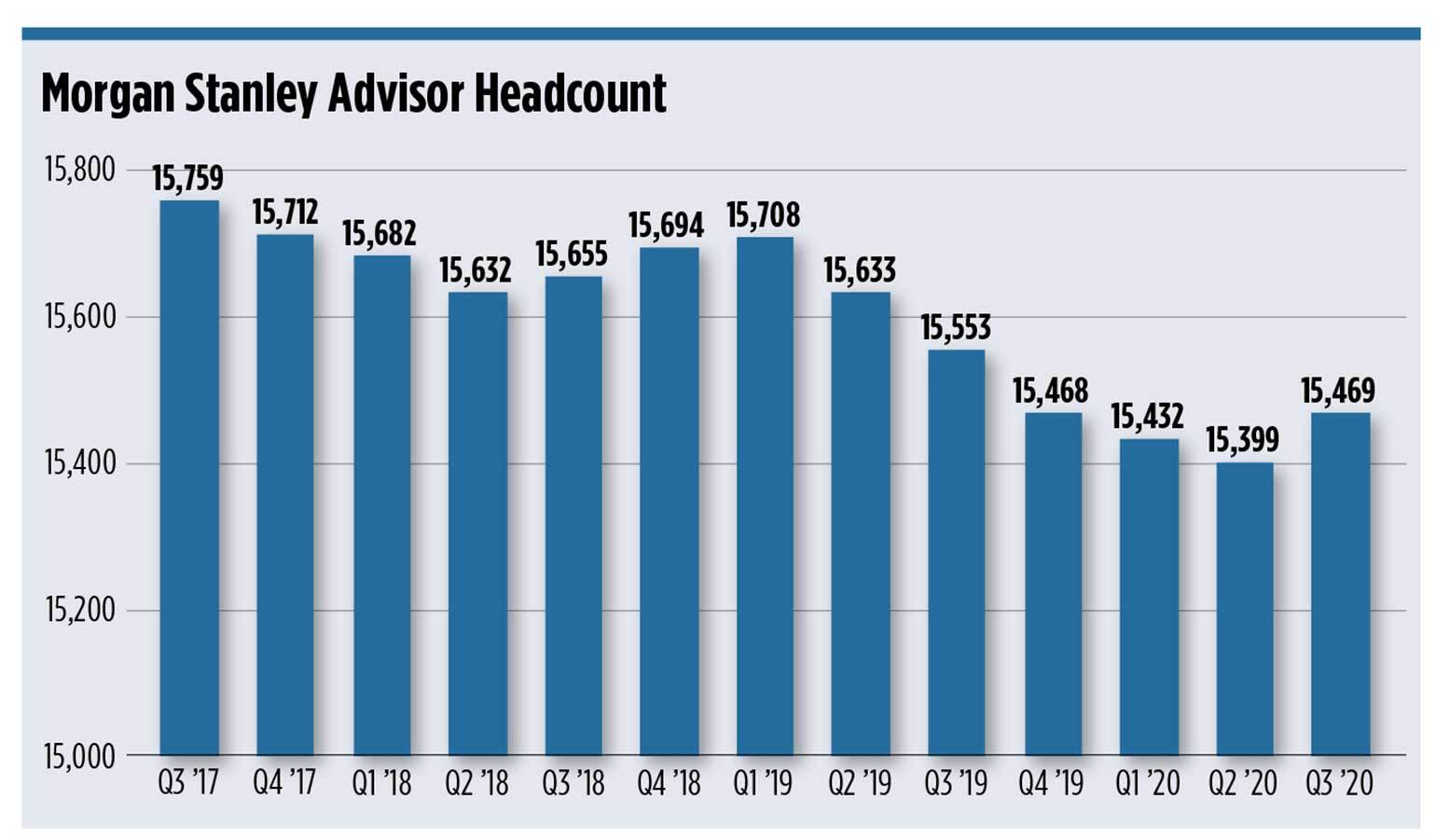 According to Michael King, president of Michael King Associates recruiting search firm, just prior to the onset of COVID-19, Morgan Stanley abandoned its one-year hiatus from recruiting and started aggressively seeking out top producers from other firms.

“Unlike rivals, Morgan Stanley is not only offering front-end bonuses, but its back-end bonuses for inbound brokers are asset-based and not production-based,” he said.

Meanwhile, a few years ago, Morgan Stanley wasn’t exactly known to feature top-shelf broker technology. But since late 2018, the company has poured about $6 billion into technology enhancements, said Aite Group analyst Dennis Gallant. It released a new broker workstation in fall 2019, and earlier this year it rolled out AI-fueled technology to its brokers with next-step features, which helps them manage their day by telling which client to call next and what to offer them.

Add in the E*Trade deal, and “Morgan is definitely the place to be right now," said Louis Diamond, executive vice president and senior consultant at Diamond Consultants.

"All of this is happening too when their traditional competitors—UBS and Merrill—have stepped back from recruiting," he said. "Independent firms may be able to pick up market share, but there is still a large swath of advisors who thrive in a wirehouse setting and are looking for exactly what Morgan Stanley can bring to the table.”