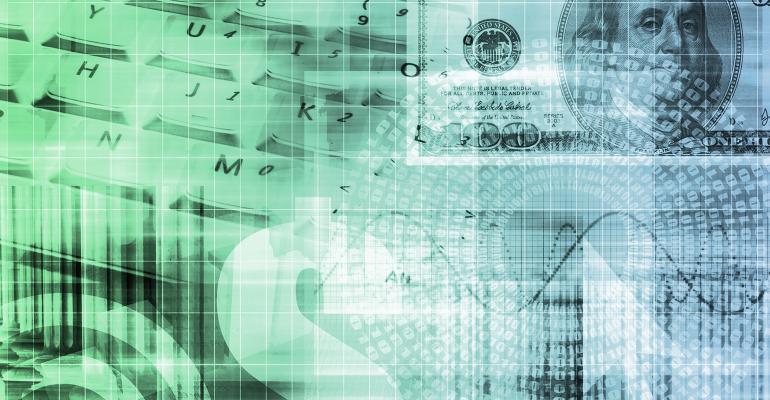 Model Portfolios on the Rise

With the proliferation of model portfolio platforms, investment management is increasingly automated, ubiquitous, and not at all the financial advisor’s job.

Financial advisors increasingly understand their value proposition is not their stock-picking savvy or ability to construct a bond portfolio. As the industry moves towards holistic wealth management and “goal-based” planning, the need to turn over asset management to third-party strategists has only increased.

And with that rising need, so too are there growing opportunities to do so. Advisors inside the largest firms have ready access to model portfolios, but now advisors of all stripes have a growing pool of options. Consider that in recent months, TD Ameritrade Institutional, Orion Advisor Services, Riskalyze, Oranj and Morningstar, among others, have all announced they will provide some variation of the model portfolio marketplace to advisors. That’s not to mention the limited set of simple allocation models offered by so-called "robo" investment platforms.

In truth, most financial advisors, whether they are a broker employed by a wirehouse, an independent broker/dealer or affiliated with a registered investment advisor, already use model portfolios in some form or another for at least a portion of their clients. Across those three channels, at least 74 percent of advisors use either models created in-house by the advisor themselves or by an in-house investment team, or outsourced to asset managers and strategists, according to Cerulli Associates.

In-house models account for 47 percent of the primary portfolio construction process for wirehouse advisors. They outsource 27 percent. At independent broker/dealers, in-house models make up 38 percent of their portfolios, while they turn to outside models for 43 percent. But the real opportunity may be with the fast-growing channel of independent investment advisors - only 12 percent are using outsourced model portfolios, while 66 percent are creating the models themselves. The third camp of advisors (26 percent of those surveyed across all three channels) are building custom portfolios for every client in their book. There may be a reason some clients deserve the attention, but that number is shrinking. Clients less concerned about a market-beating advisor are also driving the change. Among the top five reasons affluent clients say they leave an advisor, four are communication-related, according to research by Vanguard; either their advisor wasn’t calling or emailing them back in a timely manner, gave them poor advice or wasn’t proactive in reaching out. A portfolio that underperformed the broader market was fifth.

That’s changing priorities. Advisors can’t tend to a book of clients, do appropriate planning and be an institutional-quality asset manager at the same time, said Richard Michaud, the president and CEO of New Frontier Advisors.

Patricia Loepker, the head of Research Directed Advisory Programs at Wells Fargo Advisors, said the brokerage continues to see increased use of models because of the trend toward more holistic planning. Wells Fargo has grown its library of model portfolios by 30 percent over the last three years and now offers roughly 130 on its platform accessible to its nearly 15,000 advisors, with plans to add more.

Both Loepker and Chris Hyzy, the chief Investment officer of Bank of America’s Global Wealth & Investment Management group, said their firms don’t demand advisors to use model portfolios, but the advisors are taking to them on their own.

Like Wells Fargo, Merrill Lynch expanded its list of model portfolios for its more than 15,000 advisors to a total of more than 100 this year, and plans to keep growing the platform.

Hyzy agreed the movement toward centralized investment management is driven by clients, who view success in terms of advisors’ ability to meet goals, not whether they can outperform a benchmark. That mentality requires individual planning which is chewing up more of brokers’ time, Hyzy said.

Through September, flows to Merrill Lynch model portfolios were up 17 percent year-over-year and their penetration of accounts is up, just below 40 percent. Even brokers who feel part of their client assets belong in actively managed investments are handing over responsibility to centralized managers. Year-over-year, flows to passive model portfolios are up 50 percent while actively managed models are up 600 percent, a spike largely attributable the small base, Hyzy said.

The opportunity is not lost on asset managers or other vendors. Vanguard and BlackRock have leveraged their low costs to offer inexpensive model portfolios, which funnels money into their low-cost investments.

Fidelity started offering model portfolios about five years ago and continues to invest in them. The team of three strategists has since grown to eight and they are actively recruiting others, said Archan Basu, a senior vice president and head of Portfolio Construction Guidance.

More recently, a number of vendors to advisors have begun giving advisors greater access to a wider variety of models portfolios.

In April, Morningstar CEO Kunal Kapoor said the research firm would have its own “model marketplace,” making third-party investment strategies available to advisors who understand that portfolio management is not their strength and either want to give up discretion over the accounts or, if not give up discretion, use the models to guide their investments. Morningstar’s models will be available, but the marketplace will be open, Kapoor said, adding BlackRock had already signed on to provide portfolios and that Morningstar was speaking to other firms.

In August, Riskalyze launched a partner store with model portfolios from more than a dozen managers, including American Funds, SEI and BlackRock, and that coupled with its AutoPilot product, enable advisors to make strategist changes across all of their client accounts. Like other firms, offering model portfolios from some of the most recognizable asset managers make it that much more attractive to advisors increasingly seeking them out.

The impact of model portfolios on the economics of running an advisory practice isn’t yet clear. A managed portfolio is going to cost more than one an advisor does themselves, said Nicholas VanDerSchie, head of managed portfolios at Morningstar Investment Management . So advisors face a dilemma: do they increased their fees if the cost falls on them.

In the case of Riskalyze, some asset managers offset the associated technology fees while others might charge strategist fees on top of the Riskalyze platform fee, said Michael McDaniel, chief investment officer and co-founder of Riskalyze.

The increasing prevalence of model portfolios might create a new problem, too. With so many to choose from, how will advisors determine which strategists are best?

The trend is likely here to stay, however, not because it makes an advisors’ life easier, but because the client expectations will force investment management further down an advisors’ list of priorities.

“Clients are becoming more sophisticated and demanding more from their advisors,” said Wells Fargo’s Loepker. “As that continues to happen, the successful advisors will need to continue to focus on those relationships and have less time available to spend on investments.”