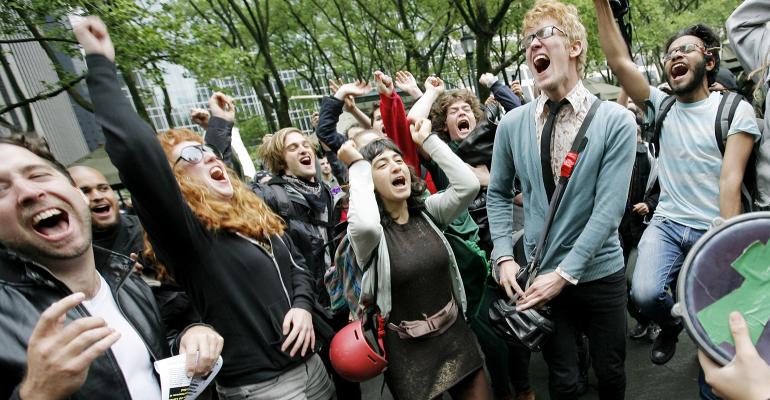 Millennials Don't Think They Can Save $1 Million for Retirement

“Millennials may not realize that if they start saving consistently by their mid-20s—and stay invested for the duration of their working years—they will likely accumulate $1 million by the time they retire,” said Joe Ready, director of Institutional Retirement and Trust for Wells Fargo.

Often cited as the benchmark to fund a multi-decade retirement, $1 million may not even be enough for the younger generations planning ahead.

But, as the study indicates, a lot of the issues facing young investors have to do with their outlook as a result of life after college—not so much their savings habits.

Over a third of millennials have student loan debt, with the median debt load exceeding $19,000. Seventy-five percent of those with student loans describe their debt as “unmanageable.” Even after taking out loans, more than half of the younger generation say they are not working in their preferred career.

Despite their debt load, many in this generation are putting money away for retirement. Six in 10 millenials have begun investing, with 44 percent saving 1 to 5 percent of their income, 33 percent saving 6 to 10 percent and 6 percent saving 11 to 14 percent.

In the report, Wells Fargo suggests millennials earning a salary of $32,000 at age 25 save 5 percent of their income, increasing their savings rate 2 percent each year, up to 13 percent. Reaching $1 million in savings by age 65 is conceivable, assuming a 2 percent annual salary increase and a 7 percent return on assets.

For the generation as a whole, says Ready, it all comes down to saving as much as possible, as soon as possible. “Millennials have the power of time on their side and need to embrace it.”