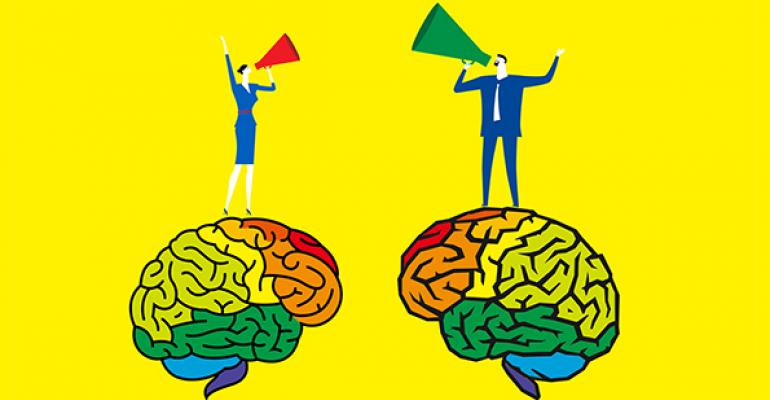 When looking at the advisory industry through a gender lens, it&rsquo;s still a man&rsquo;s world. But a recent WealthManagement.com survey finds misperceptions and stereotypes can run both ways.

Many in the retail brokerage and advisory industry recognize an imbalance around gender: There are too few female advisors, and therefore the language and priorities of advisory relationships tends to focus on male client concerns more than women’s.

That misses both a need and an opportunity. In general, women control growing amounts of wealth but are in poorer financial shape than men. (Many investor studies show women have less savings but longer retirements than men, and carry a disproportionately larger burden of child and elder care.)

The topic of making financial services more attuned to the needs of women is fodder for an uncountable number of conference conversations, white papers and webinars. The idea even underlies some recent start-up business plans. (Sallie Krawcheck’s Ellevest, SheCapital and WorthFM all  launched digital advice and investment platforms geared towards women investors in recent months.)

But there is also a gender divide among advisors themselves over how they view the progress of women in financial services and the differences between male and female clients.

Nearly 43 percent of male advisors responding to a recent WealthManagement.com survey say their firm has dedicated and specific efforts in place to recruit more female advisors. Only a third of female advisors say the same thing.

Nine out of 10 (92 percent) of male advisors said their female counterparts receive an equal amount of attention, resources and support. Seventy-five percent of female advisors believe that.

While that is a high number, there remains a difference in how male and female advisors view their place in the industry.

“I do think women look around and don’t see role models for them within the firm,” says Kate Healy, managing director of marketing for TD Ameritrade Institutional.

Healy says there may very well be more women getting hired into the business, but they’re in an operations role, rather than a client-facing role.

Over 700 advisors across business channels responded to the WealthManagement.com survey; a third of those respondents were female.