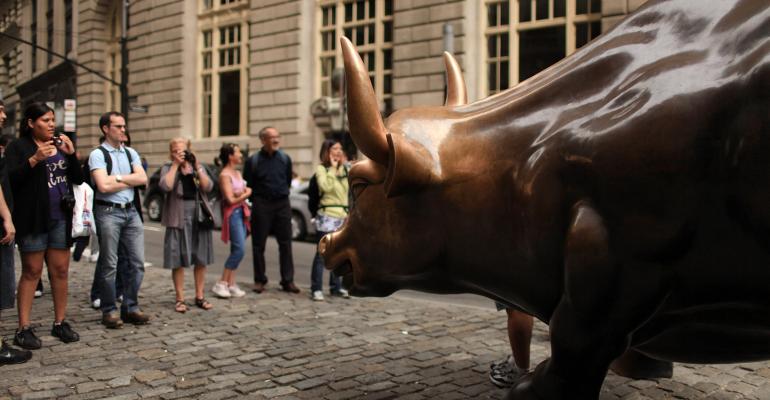 M&A: The Bulls are Back in Town

The world of mergers and acquisitions (M&A) enjoyed a frenetic burst of activity in 2014. Transactions reached $2.8 trillion in the first nine months of the year – a rise of 34 percent on the same period last year and the highest volume during this period since the heady days of 2007.

Healthcare, telecoms and real estate led the way, with an average deal size of $426m, $1.0bn and $241m, respectively. So, the poor investment bankers who have not had a Christmas for the last seven years have had a better time of things. But what has driven this and should the city’s dealmakers be ordering in more champagne during 2015?

One of the driving forces behind the rise in deal-making is that companies are awash with cash. U.S. firms hold almost $2 trillion of it. Perhaps the recent desire to hoard folding ones should not have surprised us – the drying up of credit from banks and bond markets is still fresh in the minds of most company executives. A desire to be a little more independent of, what turned out to be, unreliable partners in the provision of capital is perhaps prudent. However, 2014 certainly saw finance directors loosening the purse strings.

There has also been real evidence of a pickup in the fortunes of the U.S. economy, a recovery that, as we know, has been a long time coming. An uncertain economic outlook will, not surprisingly, have led to more caution in boardrooms. A steadier outlook for the world’s largest economy has undoubtedly reduced the fear among executives that an economic downturn might make their M&A sprees suddenly look foolish. The U.S. economy should continue its recovery. If this confidence takes hold, this nascent rise in boardroom confidence could well continue.

When it comes to M&A, company executives are as susceptible to the latest fad as any teenager. This often leads to an obsession with a particular sector. If one company heads off along the acquisition trail, its contemporaries often follow. And so, in the revenue-challenged healthcare sector, M&A became the ‘strategie du jour’. GSK, Novartis, Pfizer, Valient and Abbvie to name but a few, all embarked on transactions which, they assured us, would be value enhancing to their shareholders. We believe this sheep-like (or lemming-like!) trend will certainly continue.

So which sectors might prove susceptible to the siren songs of the investment bankers? Revenue challenges may tempt some in the defense and oil sectors to buy some revenue and cut some costs. Perhaps even the banking sector, as it sees more capital and regulatory certainty may see some activity. One certainty is that the social media sector will continue to see deals at prices that I will leave to the connoisseurs, with more vision than I in this ‘specialist’ area, to justify.

Of course as we tip toe into 2015, we should remember that we have yet to see an M&A presentation by company management that did not promise nirvana for the acquiring shareholders. But the academics, and indeed painful experience, remind us that it will be the minority that takes us to this heavenly plane. My most confident forecast is that the need for caution will not feature prominently in the bullish investment banking presentations being readied for their clients’ board meetings.