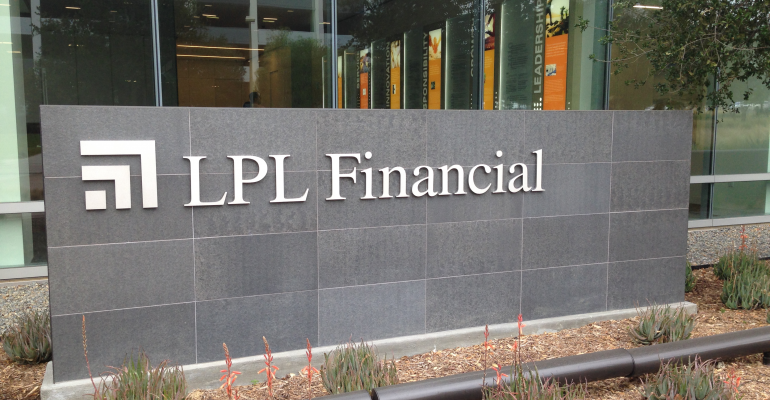 The firm has created a new 'continuous improvement' department and invested in a new platform to collate advisor feedback from surveys, in-person interactions and social media.

LPL Financial has created a dedicated team focused on collecting advisor feedback and turning it into actions that can be implemented throughout the firm.

The effort is part of the broker/dealer's efforts to change its culture into a more advisor-centric firm. Executive Vice President Mike Hannah, whose career at LPL included stints in compliance and national recruiting, is head of the new division, which includes 19 people. Chris Albertson was brought on about a year and half ago from Wells Fargo to lead client feedback and experience.

Speaking during a livestream at LPL’s advisor conference in San Diego, Hannah said the firm has invested a lot into a new "digital listening platform," which can capture all advisor feedback from surveys, social media and in-person interactions in one place.

While the firm conducts an advisor satisfaction survey that creates a Net Promoter Score, that survey is done only once a year, and LPL wanted to capture feedback on a daily basis, Albertson said. For instance, the firm will soon roll out transactional surveys within its service center, to help it understand the last experience that an advisor or staff has with the service center.

In fact, one of the top complaints in the feedback has been about ClientWorks itself: “‘It takes too many clicks to achieve a task. Can you cut that in half?’” Hannah said. The firm will be reducing the number of clicks in the near future.

The most requested change has been to go paperless, with advisors wanting the ability to turn off hard copies of documents being sent to clients. The firm is currently redesigning that process, Hannah said, and later this year, it’ll be easier to enroll clients into a paperless option.

The firm has also redesigned its annuity order entry system, adding new functionalities and streamlining the processes to make it easier for advisors.

LPL has also been working on improving the advisor experience within its service center, said Dayton Semerjian, who joined earlier this year from CA Technologies and is now managing director and chief customer care officer for LPL. That gives advisors the opportunity to communicate via the channel of their choice, whether that’s voice, chat or being led to discover answers in documents that already exist on the platform.

The service center has also moved from a single group answering all questions to specialists, and they've implemented a case management approach, which has been used in the enterprise software industry for decades, Semerjian said. Case management comes into play for calls that can't be answered immediately because they’re either very complex or multidepartmental. Previously, advisors would get transferred around to different people trying to find the right department for assistance. Now, a case manager gets the advisor’s information, navigates through the firm, and comes back with an answer.

“That allows us to focus on LPL and getting the answers, and it allows advisors to focus on what they need to do, which is manage and grow their business,” Semerjian said.