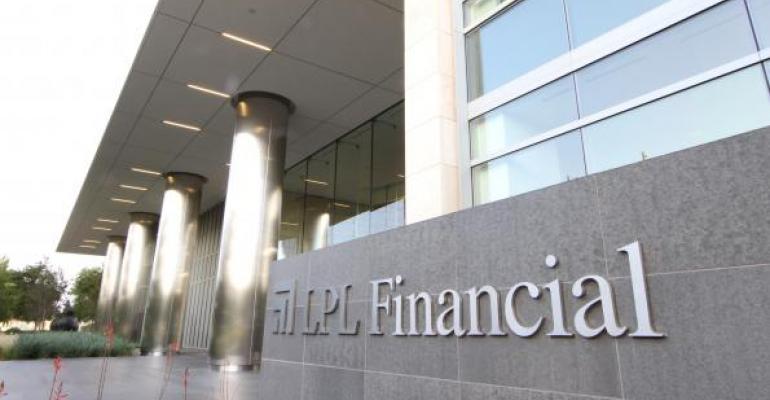 LPL Financial Holdings Inc, the largest independent broker-dealer and registered investment adviser in the United States, is exploring strategic alternatives, including a potential sale, according to people familiar with the matter.

The move comes as LPL faces an adverse low-interest rate environment and higher costs of regulatory compliance, forcing it to lower commissions on some high-fee investment offerings and invest more in technology infrastructure and personnel.

LPL is working with investment bank Goldman Sachs Group Inc on a sale process that has attracted other companies and private equity firms, the people said on Tuesday.

The sources cautioned that there is no certainty a deal will be reached and asked not to be identified because the deliberations are confidential. LPL and Goldman Sachs declined to comment.

LPL shares rose as much as 11 percent on the news, and ended trading up 6.9 percent at $33.01 in New York on Tuesday, giving the company a market capitalization of around $2.9 billion.

Based in Boston, LPL provides technology, clearing and compliance services, training, and independent research to more than 14,000 independent financial advisers and over 700 banks and credit unions. It provided services for approximately $502 billion in advisory and brokerage assets as of the end of August.

Private equity firms TPG Capital LP and Hellman & Friedman LLC took LPL public in 2010 at $30 per share. The stock has barely gained in value since then, as the company has struggled to comply with regulations and increasing competition.

LPL has faced censure and investigations from state and federal regulators over the years due to the way some of its brokers have operated, misrepresenting and even cheating clients. The company has taken actions, however, to boost compliance procedures.

In April, the U.S. Labor Department released a rule for financial brokers who sell retirement products, following a years-long clash that has involved multiple industry groups and U.S. lawmakers.

The rule will require brokers who give retirement account advice to become "fiduciaries" and act in clients' best interests, instead of choosing products that line brokers' own pockets. The rule goes into full effect in 2018. Under existing rules, brokers have to ensure only that products are "suitable."

The cost of implementing the new Labor Department rule is "not terribly significant" to LPL given its business model, Mark Casady, the company's chairman and chief executive, told Reuters in June.