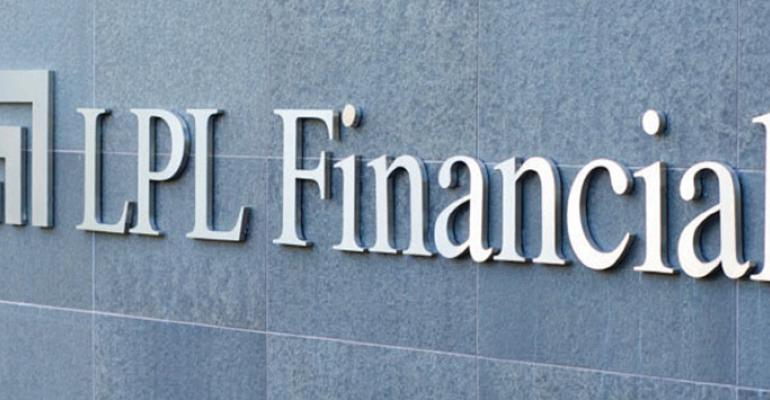 More than half of that will be loans, while the rest will be expensed in the fourth and first quarters.

During its quarterly earning call, LPL Financial provided an update on its acquisition of National Planning Holdings, and said the firm expects to put up $100 million to try to retain NPH advisors. More than half of that is expected to be loans, while the remaining cash will be dispensed in the fourth quarter of this year and first quarter of next. The actual amount will depend on how much NPH business LPL retains.

Overall, the company reported third quarter earnings per share of $0.63 a share, after a 3 cent a share charge for the NPH acquisition and debt refinancing. Earnings per share were up 9 percent year-over-year and down 15 percent since the previous quarter.

“With respect to recruiting, we focused on four factors that we know from experience are important to advisors when moving firms,” President and CEO Dan Arnold said on a conference call. “They are: the ease of transition, their ongoing economics with us, our differentiated capabilities and our onboarding financial assistance.”

“In most cases, NPH advisors will continue to have similar take-home pay with us, as we have comparable payout grids to NPH,” Arnold added.

He said the firm’s advisory platform and self-clearing operations can support NPH advisors as they work to grow their practices.

He said the firm had attractive onboarding assistance, in cash and other incentives, such as minimizing lost assets, avoiding revenue interruption and reducing out-of-pocket expenses.

The firm anticipates onboarding expenses in the range of $40 to $60 million, including $3 million in the third quarter. The rest will be split between the fourth and first quarters.

LPL also expects to hire 350 full-time employees to provide ongoing support to their advisors, as well as 300 temporary staff to handle some of the initial work involved in the transition.

The firm agreed to purchase NPH for between $325 million and $448 million, depending on advisor retention. CFO Matt Audette still expects it to be in this range.

The execs could not provide an update on NPH recruiting, but said an update was coming in early November, once they get a good idea about how many advisors are joining in the first wave.

“We see a really good positive response,” Arnold said. “We didn’t expect all NPH advisors to join us, so on the other side of that, not all are a good fit. Some may not be as strategically aligned, and wish not to use all of our full set of capabilities.”

Total brokerage and advisory assets increased 11 percent over the year-ago period to $560 billion, up 3 percent sequentially. Total net new assets were an inflow of $2.9 billion.

The firm lost a net three advisors, bringing total headcount to 14,253 during the quarter. Arnold attributed the flat recruiting quarter to advisor uncertainty around the timing of the Department of Labor’s fiduciary rule.