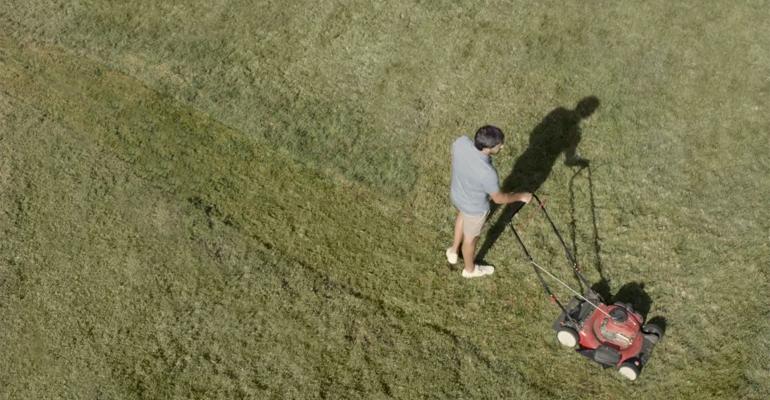 Live in the Present

Northwestern Mutual’s new advertising campaign highlights the importance of living in the present, Ad Age is reporting. The campaign, “Spend Your Life Living,” features four commercials, including one in which a dad mows the law on a hot summer day while his family bakes in the sun nearby. His daughter begs to go to “Jessica’s house” when he decides to bulldoze the backyard into a pool for the family to enjoy. The moral of the story? “This is what our version of financial planning looks like. Tomorrow is important, but so is making the most of the house before they’re out of the house,” a voice-over says. The ad campaign comes under the supervision of Aditi Gokhale, who was promoted to chief marketing officer, Northwestern Mutual’s first, after serving as CMO for LearnVest. The ad campaign will run via TV commercials as well as on social media and digital marketing, and will be featured at the Rose Bowl, which the firm has sponsored for the past four years. A recent survey by Accenture Consulting reaffirms what many in wealth management already know: unlike previous generations, millennials expect digital solutions when it comes to financial advice. Accenture found 67 percent of millennials want computer-generated recommendations and 63 percent want access via a mobile platform. Only 30 percent and 27 percent of Gen Xers and baby boomers, respectively, expected the same when it came to financial advice tools. Perhaps that is because millennials have little faith—mandated or not—that advisors are acting in their best interests. More than half (57 percent) of millennials feel their advisors are only motivated to make money for themselves and their employers, and less than a third feel their advisors take the time to get to know them, according to the same survey. For many, a home is the single largest source of wealth. The housing market has gained $9 trillion since the lowest levels of the recession. And, according to research by Zillow, the total value of all U.S. homes in 2017 is a record $31.8 trillion. That’s a roughly $2 trillion increase from last year’s number. Homes in the Los Angeles and New York metro areas are worth $2.7 trillion and $2.6 trillion, respectively, roughly the size of the U.K. and French economies. The greatest total home value growth occurred in Columbus, Ohio, which gained 15.1 percent to $152.3 billion. Renters spent a record $485.6 billion in 2017, an increase of $4.9 billion from 2016.