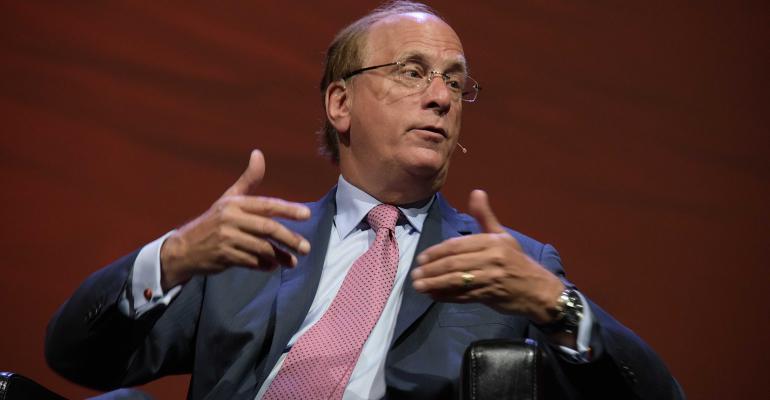 Larry Fink on the U.S. Economy and Future of Financial Advice

BlackRock’s CEO is bullish on active management and the need for financial advisors.

BlackRock CEO Larry Fink shared his perspective on the U.S. economy and what the future will look like for advisors at Morningstar’s annual conference in Chicago on Friday.

Fink doubted President Donald Trump’s proclamations that the U.S. economy could sustain a growth rate of three percent over a long cycle given the country's demographics. He was also worried about the impact of the White House’s tax plan on the national debt, which Fink said could create issues for future generations.

But the CEO supported the notion that investment in infrastructure (Trump has promised to invest $1 trillion) would be good for the country and that even before the presidential election markets were doing well.

Fink said we should also be concerned about the broader challenge of helping Americans save and prepare for retirement.

“We all have a huge need to educate our clients,” Fink said. “Financial literacy is a disaster.”

For consumer confidence to be so high alongside a bull market run that many think is long in the tooth was nonsensical. Investors should have been piling money into the market in 2009, not right now. He said “fast media” and coverage focused on hot stocks perpetuates those types of decisions and that it’s harmful to the average saver.

“The opportunity for financial advice is more critical than ever before,” and advisors can make sure the investor is “always in the market,” Fink said.

Poor financial literacy is not a new topic of discussion in the U.S. Still,  advisors can help remedy that by attracting and working with millennial clients. Fink said technology can help advisors engage that generation and that BlackRock plans continue to offer and expand tools and services to facilitate that.

He recently said that in five years, technology will account for 30 percent of BlackRock’s revenue. (It currently accounts for only seven percent.) Fink said the company will “probably not” meet the five-year goal, but it will try no less.

Among other things, Fink said BlackRock continues to invest in and improve Aladdin, the firm’s investment management system, which is growing 12-14 percent per year.