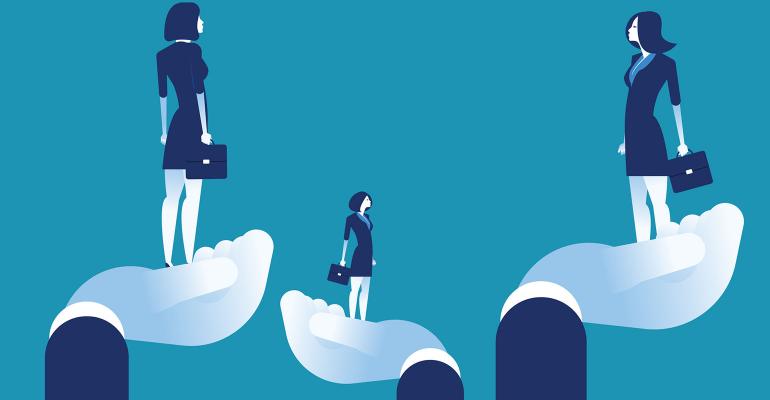 The W Source, which was founded about a year ago by financial planner Hannah Buschbom, helps female advisors establish networking groups of 20 to 25 professionals in their community.

Ladenburg Thalmann has announced a new partnership with The W Source, a networking organization for female professionals, with the goal of helping the broker/dealer network’s female advisors promote their businesses locally.

The W Source, which was founded about a year ago by financial planner Hannah Buschbom in Santa Barbara, Calif., helps advisors establish networking groups of 20 to 25 professionals in their community and offers them proprietary tools and resources, marketing support and dedicated sales coaches that assist them in running their local chapters. There are currently 15 chapters nationwide, but the organization hopes to expand to 150 markets before 2019.

“As the head of my chapter, I’m able to recruit exactly the kinds of professional leaders in my community that can help me build my business—and who I, in turn, can help to build theirs,” said Vickie Garcia, a financial advisor with NextBridge Wealth Advisors, a Securities America-affiliated wealth management firm in Scottsdale, Ariz.

The new partnership is an initiative of the Ladenburg Institute of Women & Finance, a group within the firm that is tasked with promoting the professional growth and success of the firm’s women advisors.

The idea is to be the only financial advisor in the chapter and to connect to local professionals who could provide client referrals.

“Many of our women financial advisors have tried to join networking groups—whether they’re national networking groups or local networking groups,” said Jaime Desmond, chief operating officer of Ladenburg Thalmann Asset Management and committee chair for the Ladenburg Institute of Women & Finance. “And they often say, as the numbers speak, they’re one of the few females in the room when they go to those types of meetings. So they find it harder for them to network. The idea of this group with The W Source is you’re really looking for centers of influence that are also female so that right away, perhaps, they can build a better bond, relationship and trust with each other.”

“Females are more critical in who they refer,” Desmond said. “In fact, there are statistics that show it’s harder to get a referral out of a female client than it is a male client because you really feel like when you give a referral that you’re putting your own reputation on the line. So I think the same might be true for other business professionals that they’re looking for a real referral and not just a lead.”

Desmond said the firm already has 10 to 15 advisors across its network interested in starting chapters.